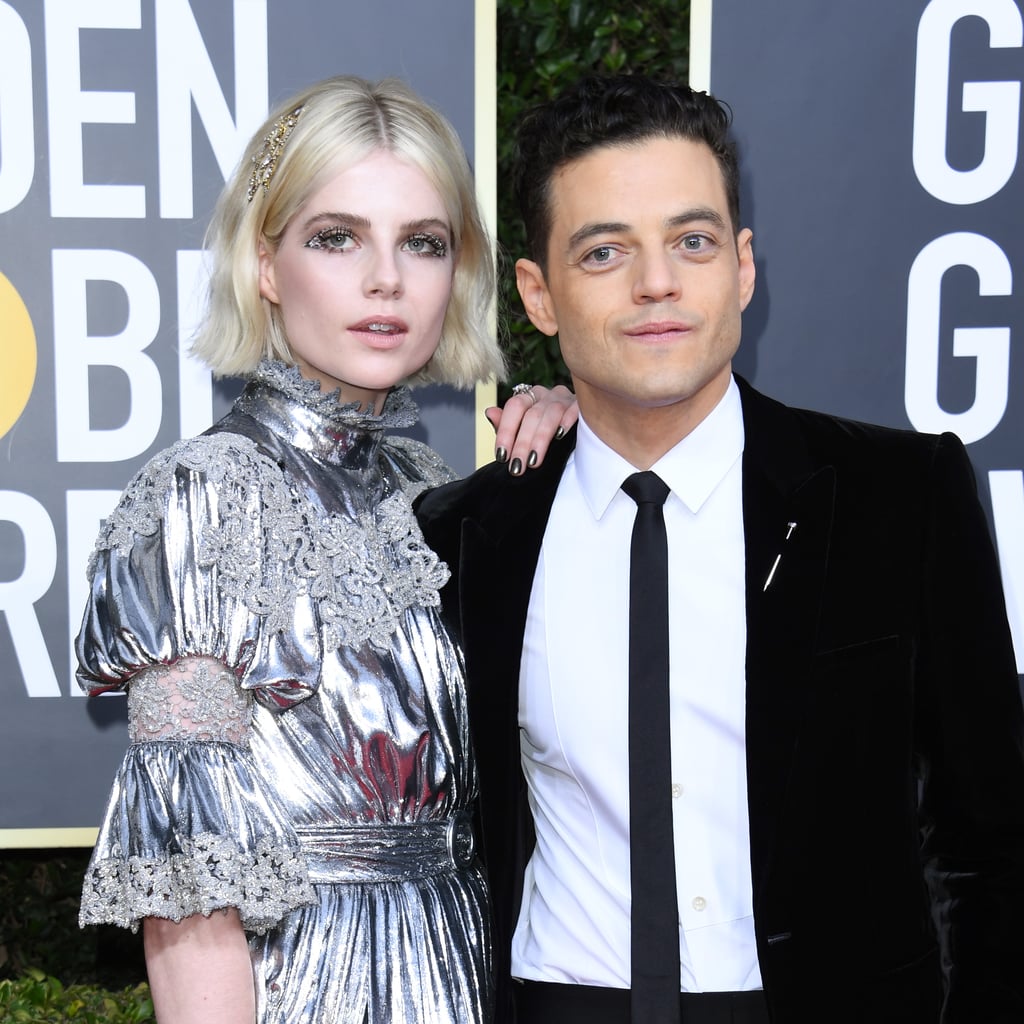 As far as Hollywood newcomers go, Lucy Boynton is leading the pack — especially when it comes to her red carpet beauty looks. She only attended her first award season last year as part of the cast of Bohemian Rhapsody (and to support co-star and boyfriend Rami Malek) and even then she blew away the red carpet arrivals with her bob haircut and floating eyeliner. Now, she’s back for round two at tonight’s Golden Globes to dethrone her makeup look from last year with something shiny and stunning.

It’s clear that makeup artist Jo Baker used a simple, yet effective, formula for Boynton’s eye makeup tonight: match the makeup to the dress. Even more dazzling than the silver Louis Vuitton gown Boynton is rocking tonight are the eye accessories we swear were pulled straight out of Euphoria. But these aren’t blink-and-you-might-miss-them details. No, Baker expertly placed what appear to be several layers of dainty bedazzled eye stickers onto Boynton’s lids, extending the design to her outer corners. It’s 3D, it’s sparkly, it’s downright showstopping. Unfortunately, Boynton isn’t nominated for her role in The Politician tonight, but we think her makeup definitely deserves a last-minute nomination. Don’t you?

No word yet on the exact products Baker and Boynton used to create this look, but you can bet we’re ready to find out — and copy it immediately.