Orlando Bloom approves! Katy Perry went back to her brunette roots, and her fiancé was very pleased with the hairdo switch-up.

Orlando Bloom gave his stamp of approval on fiancée Katy Perry‘s latest hair-color transformation. The “Roar” songstress, 37, dyed her hair from blonde back to her brunette roots, and she debuted the stunning new look at the CMA Awards on Nov. 10. Katy also documented the hair-dying process in a series of photos and videos in an Instagram post, which garnered a complimentary comment from Orlando, 44.

“Finally,” the Pirates of the Caribbean actor wrote on Katy’s post, along with a red heart emoji. Apparently, Orlando had been waiting for Katy to switch things up and return to her natural brunette hair! Other stars approved of Katy’s new look as well, including Karlie Kloss and Erin Foster. Karlie, 29, left a string of fire emojis in the comments section, while Erin, 39, said, “Yess I want it.”

Katy looked so gorgeous in the IG post that Orlando gushed over. A few of the images featured the mother-of-one slaying in the brown leather dress and pearl necklace she wore to the CMA Awards. As for the hair-dying footage, Katy looked very excited as she sat in a chair while the hair colorer darkened her locks. “I just think it’s time to give them everything they want,” she captioned her post, adding the hashtags “Viviennewestwood” and “cmaaawards.” 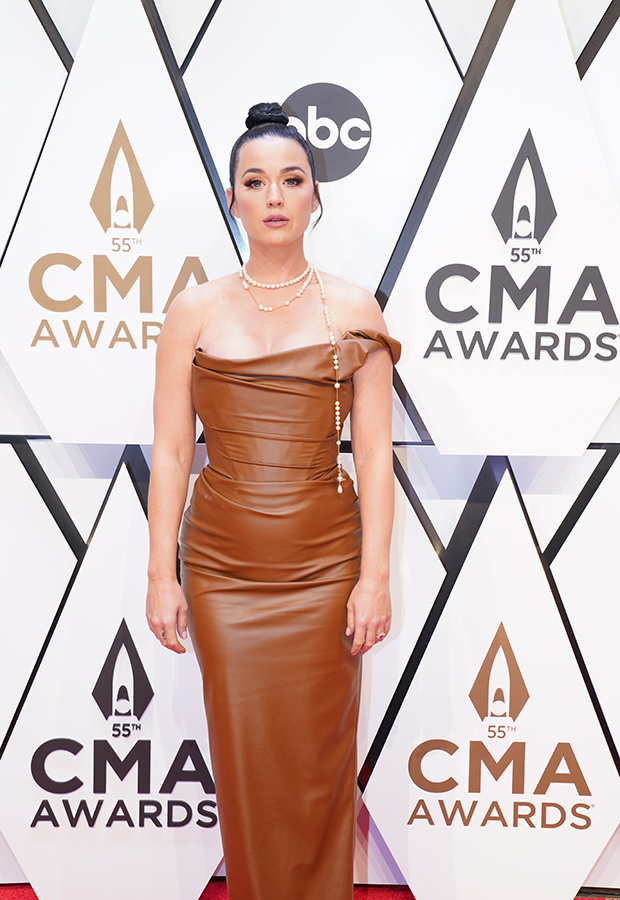 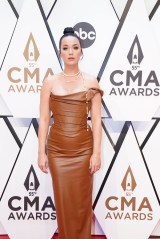 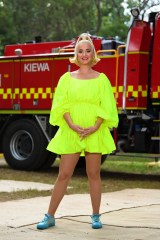 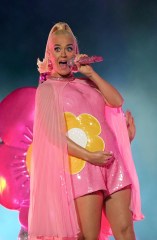 Katy’s switched up her hair color a few times since she started dating Orlando in 2016. The pair briefly broke up but reconciled, which led to their engagement on Valentine’s Day 2019. They welcomed their first child together, daughter Daisy (full name Daisy Dove Bloom), on August 2020. In an interview with Variety in September for the magazine’s 2021 Power of Women issue, Katy called motherhood the “biggest life changer.” 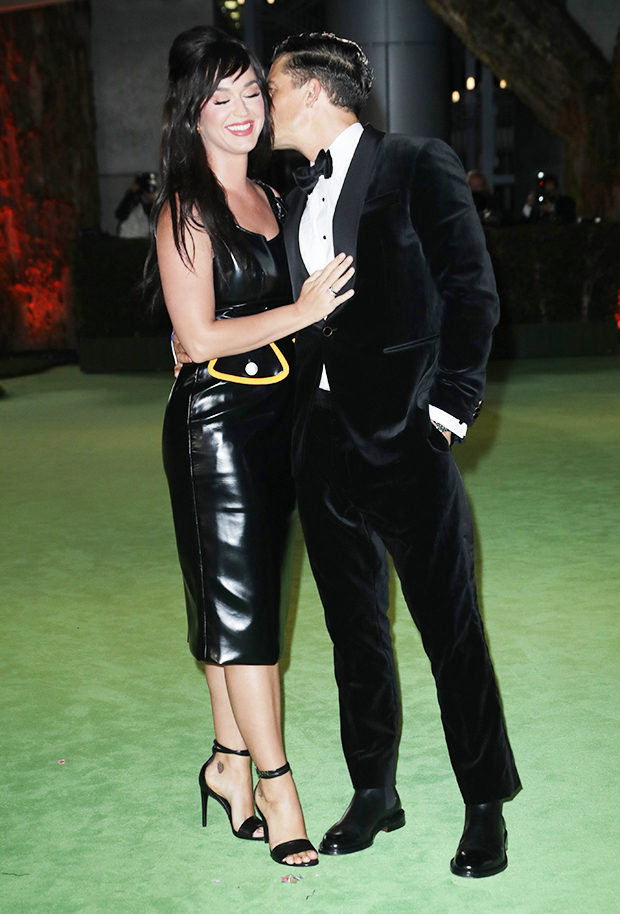 “As a new mom, those first six weeks are like, ‘What?’ It’s just the biggest life change ever,” the “Part of Me” singer said. “You’re responsible for someone’s well-being that can’t even hold their head up. It’s a real shift, and you become not No. 1 on the call sheet. And it’s the best.”