Fashion fans are excited to watch celebs arrive at the Met Gala tonight.

The annual event, which used to be called the Costume Institute Gala, has been running since 1948.

Over the years, all manner of quirky looks have graced the New York City exhibition.

From boob-baring gowns to sheer catsuits, the naked fashion boundaries have been well and truly pushed.

As celebrities prepare to arrive at the glitzy gala tonight, we can expect to see some very outrageous outfits.

But will they be as bold as this lot?

Here are the skimpiest and most memorable Met Gala outfits ever. 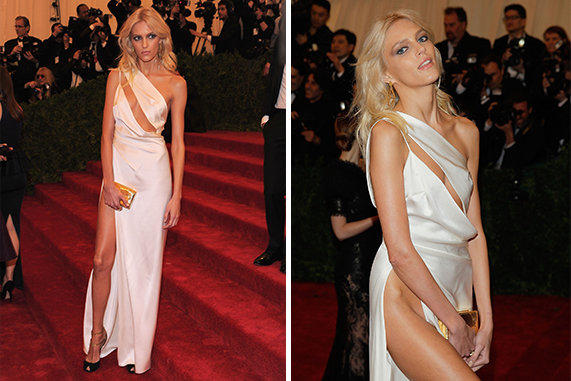 Six years ago, Polish model Anja hogged the limelight on the red carpet.

The style icon risked a serious wardrobe malfunction in a high split frock.

If the crotch-skimming slit wasn’t daring enough, the gaping cut-out at her chest was.

Thankfully, the blonde bombshell managed to carry off the skimpy look without any major mishaps. 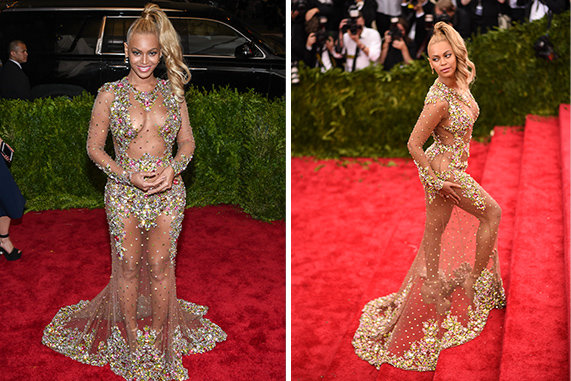 Queen Bey dazzled in a sparkly dress three years ago.

The frock’s fabric was completely transparent, exposing her skin beneath it.

The look was complete with a sleek ponytail and natural makeup. 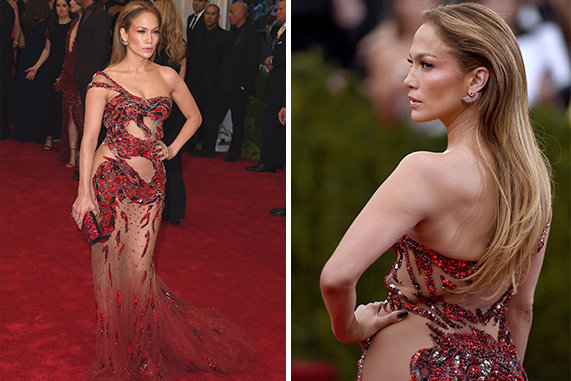 J.Lo made sure that Beyonce wasn’t the only red carpet star to hit the headlines in 2015.

The singer’s illusion dress made her look completely naked from a distance.

On closer inspection, it was apparent that she was wearing a nude coloured slip.

Flame-coloured sparkles adorned the bodice and bottom of the fishtail frock. 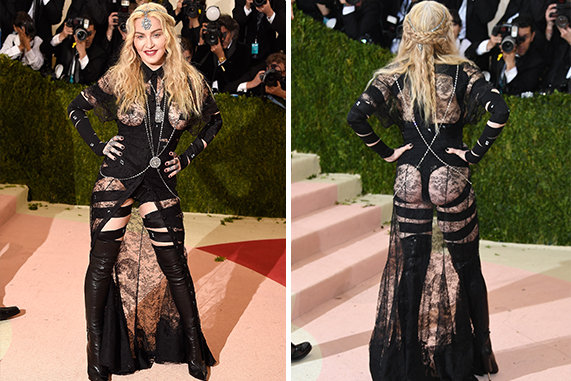 Madge is known for her outrageous outfits – and this one was no exception.

Her age didn’t hold her back from her flesh flashing ways.

She donned a thong bodysuit that gave onlookers a look at her peachy bum.

The garment was equally risqué at the front, as the star exposed her nipple covers. 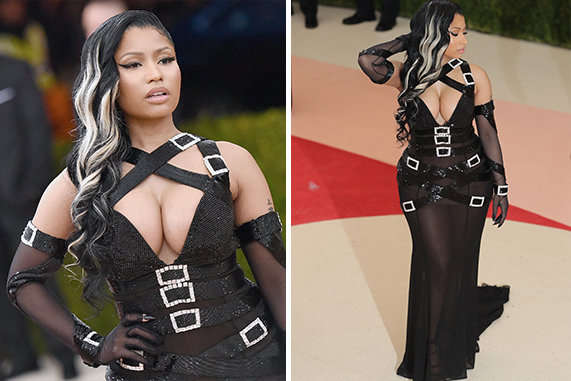 The US rapper showed off her eye-popping figure three years ago.

While Nicki is famous for her “anaconda” butt, she decided to let her cleavage do the talking.

Her dress was nipped in at the waist with three buckles, creating a dominatrix-like look.

Due to the plunging neckline of the get-up, it looked like she was ready to pop out of the bodice.

Only a Victoria’s Secret model could pull off this raunchy look.

Bella’s outfit hugged every single curve of her body.

The lace garment was pretty see-through, so it’s a good job she was wearing nude undies underneath.

The red carpet regular was styled with a choppy bob and bronzed skin. 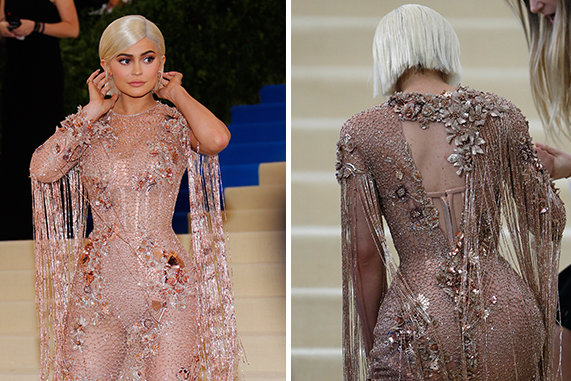 At almost every red carpet event, there’s a KUWTK star in a saucy outfit.

In 2017, the Met Gala saw Kylie Jenner in a fringed frock.

The heavily-embellished gown was made up of plenty of material, but it still wasn’t enough to cover her up.

When she was walking up the stairs, the reality star gave onlookers a flash of her nude corset.

Thankfully, the blonde-haired beauty managed to overcome the malfunction by smiling at the event photographers. 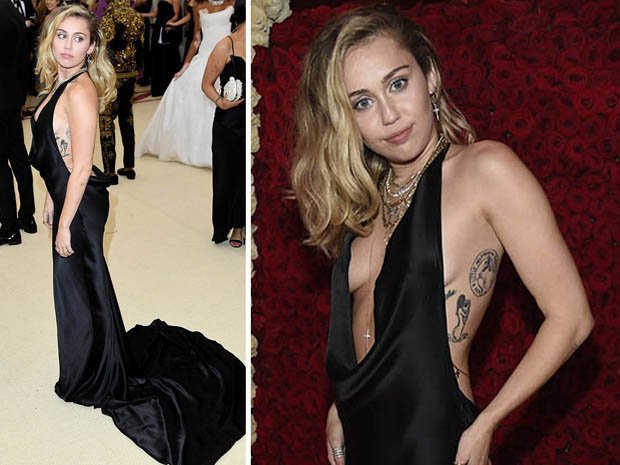 Miley stunned in a gorgeous silk gown which featured a very low v-neck.

The back of the dress was slashed to just above her bum, showing off her intricate inkings.

She accessorised the look with cross earrings and a pendant. 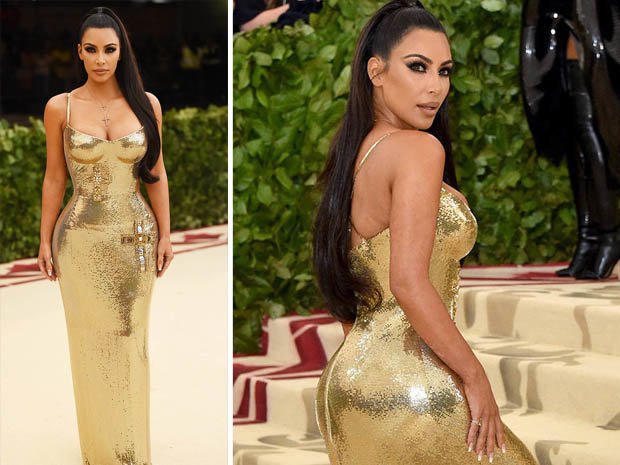 The TV star stunned in a Versace gown which accentuated her famous hourglass frame.

She added hair extensions to her raven locks which she pulled back into an elegant half-up style.

Red carpet walks kick off at 7pm New York time, which is 12am BST.

Every year, the Met Gala runs with a specific theme.