The "Coastal Grandmother" Beauty Look Is All Over TikTok 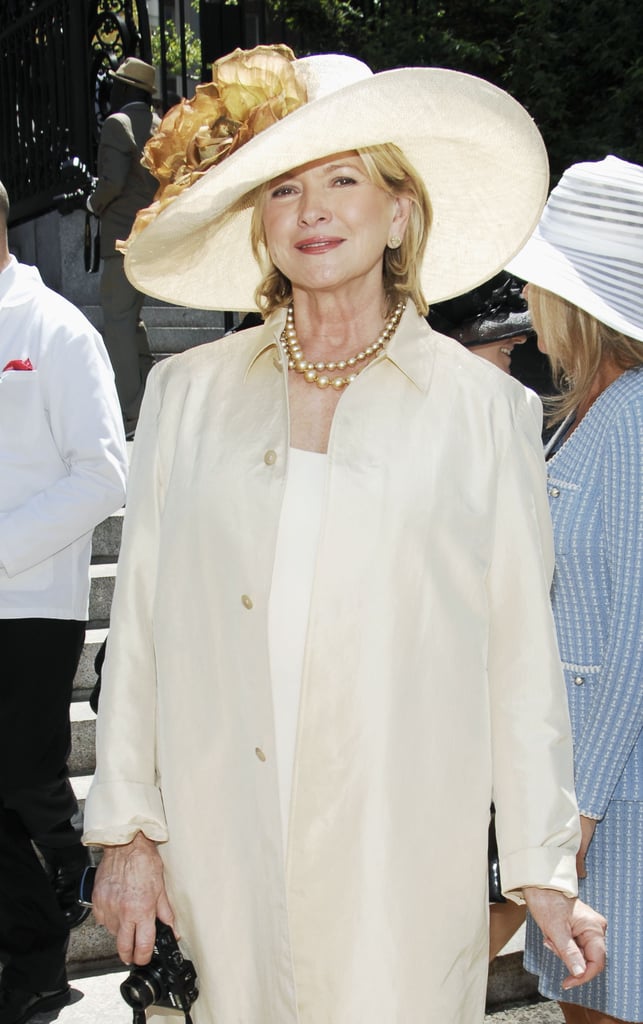 The “Coastal Grandmother” Beauty Look Is All Over TikTok

While crystal eye makeup, graphic eyeliner, and Y2K throwbacks were all over Coachella, a simpler aesthetic started taking over TikTok: coastal grandmother. The headliners? Diane Keaton, Oprah Winfrey, Martha Stewart, and Ina Garten, just to name a few. It’s a classic, wholesome, and sophisticated look that could be plucked straight out of any Nancy Meyers movie — and the content it’s inspired has reached one billion views. Yes, billion.

“This look communicates the wearer is confident and comfortable in their own skin — a wisdom and sense of self that comes with age,” NYC-based celebrity makeup artist Jamie Dorman tells POPSUGAR. That being said, there are a few distinct hair and makeup hallmarks that can help you nail the trend yourself — we’ll explain.

What Is the “Coastal Grandmother” Look?

The core of this retirement-chic trend is rooted in easygoing ’90s minimalism — think matte makeup finishes, bouncy lobs with slightly tousled side parts, and a golden-hour glow. Dorman says the heart of coastal grandmother makeup is “accentuating features rather than changing them.” And if you really want to look the part, go ahead and grab your crisp linens and fisherman knits à la Diane Keaton in “Something’s Gotta Give” or Nicole Kidman in “Big Little Lies.”

How to Do “Coastal Grandmother” Makeup

First and foremost, coastal grandmothers protect themselves from the sun, which is wise considering how much time is spent walking along the beach and dining al fresco. “Pair a tinted sunscreen with a buildable concealer to control the coverage you want easily,” Dorman says, explaining that your base should remain minimal. Unlike the dewy looks that dominate our FYP these days, coastal grandmother veers more matte. For this, Dorman recommends a light dusting of finely milled setting powder like the LYS Beauty Triple Fix Translucent Pressed Setting Powder that won’t settle into fine lines.

Finish the look with a soft blush, gently groomed brows (Dorman says you can skip the overly shaped arches for this one), and a slick of mascara on healthy lashes. “Coastal grandmothers don’t just care about how their lashes look, they also want to nourish them and promote lash growth,” Dorman adds. Finally, the lips should be lightly tinted and hydrated. Dorman suggests the Rituel de Fille Enchanted Lip Sheers for a your-lips-but-better wash of color that’s still matte.

How to Get “Coastal Grandmother” Hair

To get the facts, we went straight to Martha Stewart’s stylist of over 35 years, Frédéric Fekkai, celebrity hairstylist and founder of Fekkai, who tells us a good cut is essential. “A bouncy lob, no longer than the collarbone with long bangs angled to the side. Ask for the top layer to hit below the cheekbones, which ensures the movement,” Fekkai says.

Getting the look at home — whether you go full lob or not — requires volume. “I would start with the Fekkai Clean Stylers Root Lift on damp hair, misting directly along part and sides, massaging in with fingers,” Fekkai says. Then, dry in small sections with a medium-barrel round brush, “directing the heat downward to avoid frizz.” If you have bangs, Fekkai says, “they should be loosely swept to the side.”

Nicoleta’s TikTok is full of tips for going full CG (that’s coastal grandmother for short), like keeping a hand cream nearby at all times or the scents that evoke lavish retirement by the sea. So if you want to finish with a spritz, grab your Byredo Gypsy Water — or Zara Tuberose, because CGs still appreciate a bargain.

Ahead, see the original icons and celebs who are fully embracing the coastal grandmother aesthetic today.