The Truth About Nose Piercings 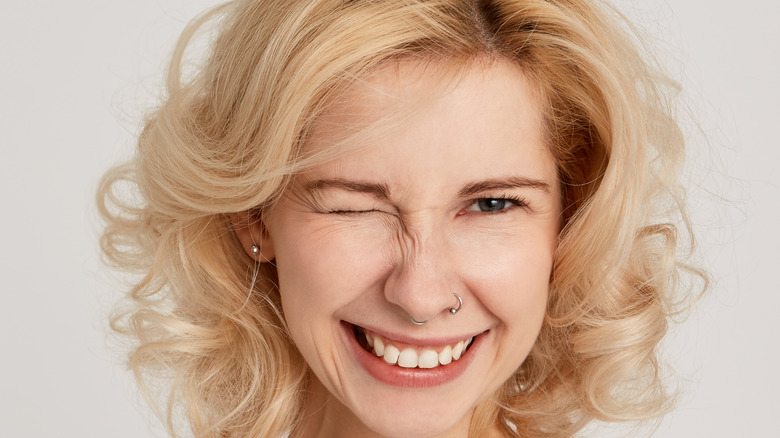 The truth about nose piercings is a culturally rich one. According to Bustle, the nose piercing “dates back centuries to various civilizations.” In South America and Central America, septum piercings were symbols of social status. The bigger your piercing, the higher status you had. Meanwhile, for tribes in the Middle East and Africa, the size of jewels one wore in their nose indicated familial wealth. Bustle explained that, “Nose rings were allegedly gifted to new brides by their husbands as a form of security.”

Today, nose piercings have become mainstream face adornments. They’re only becoming more common as time passes, and they’re fun because, like with ear piercings, there are many different types of nose piercings. There’s the septril piercing and the rhino piercing, for example, and we’ve also got you covered with our guide on how to best clean and care for your nose piercing(s).

But just what are the other types of nose piercings? 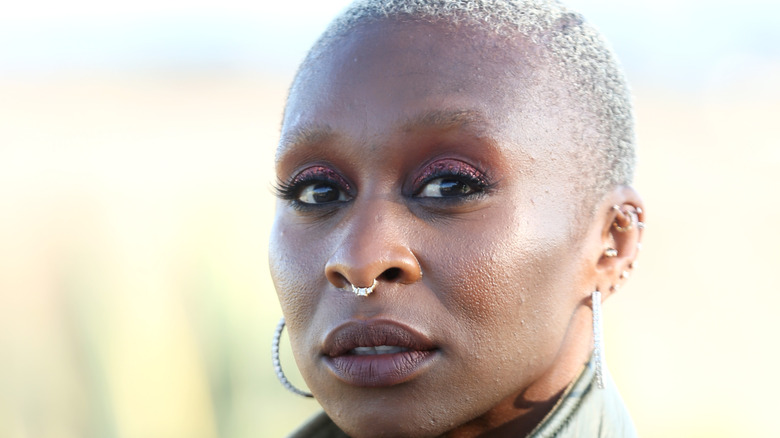 Then there’s the septum piercing. This one is sometimes referred to as the “bull piercing” and it “runs through the cartilaginous wall that divides both nostrils.” Finally, there’s the septril piercing. “Think of a [S]eptril piercing as a mixture of a rhino piercing and a septum piercing. This piercing requires a stretched septum because to achieve this look, you’ll have to attach the piercing through the top of your nose to the stretched septum,” Spencer’s explained.

This is what to expect when getting a nose piercing 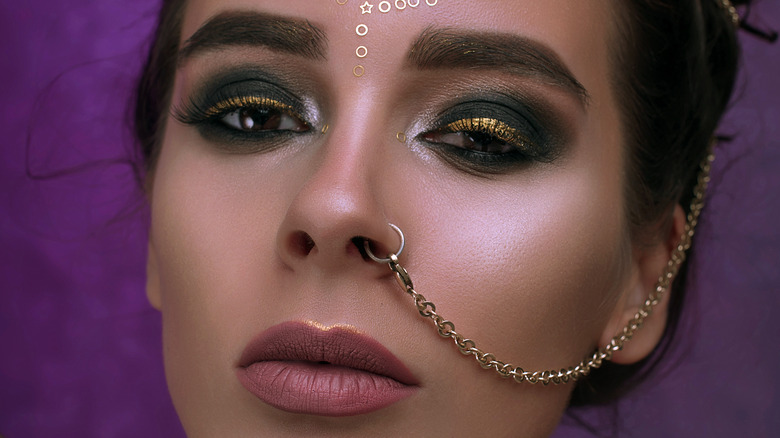 Once you’ve decided which type of nose piercing you want, you must prepare for your trip to get it, including knowing the price. According to The Pricer, nose piercings typically range in price between $40 and $90. One thing to watch out for, though, is whether the stud(s) you need are included in the price or not. Some piercing studios include them in the base price, while others add them on, so check your studio’s website or ask before you commit to it. You should also double check the price based on the piercing you’re getting. Septum piercings, for example, often cost more than nostril piercings, ranging between $50 and $100.

Another factor to consider when getting a nose piercing is the material being used. Some metals can cause sensitivity or even allergic reactions, so it’s best to know your sensitivities before committing, too. Once you’ve gotten your piercing, expect a few weeks of healing time at minimum (via Healthline). They can take a few months to heal fully, but they don’t require too much maintenance. You simply should use a saline solution on it twice a day and stop yourself from touching it unless you’re cleaning it. The cleaning process is really quick, and you’re left with an adornment that will make you look cute forever.