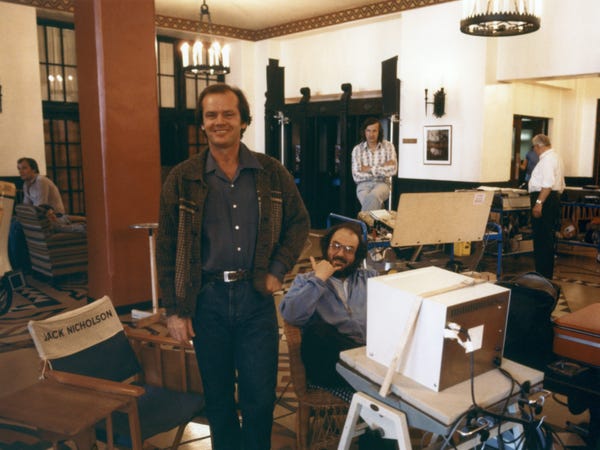 From "Here's Johnny" to "Redrum," "The Shining" has some of the most iconic movie moments in film history, but there's a lot about the horror movie you may not know.

Director Stanley Kubrick adapted the movie from Stephen King's famous novel, "The Shining," about a family who watches over the Overlook Hotel during its off-season. Starring Jack Nicholson, Kubrick's horror film became a controversial classic after its release in 1980.

Keep reading to find out what happened during the making of "The Shining."

Although Stanley Kubrick wrote the script for the movie, Stephen King wrote his own script adaptation that the director refused to read, according to the director's biographer. 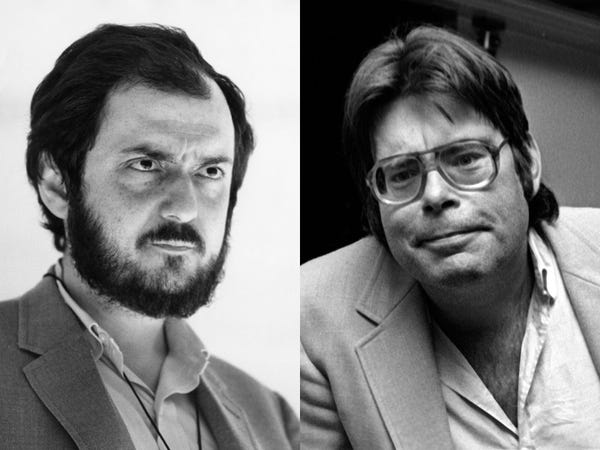 King turned his novel into a movie script, but Kubrick did not want to read it, according to the director's biographer, David Hughes. Instead, Kubrick decided to write his own version of the adaptation with the help of another novelist, Diane Johnson.

In the novel, the infamous hotel room was 217, but it was changed to room 237 at the request of Timberline Lodge, where the exterior shots were filmed. 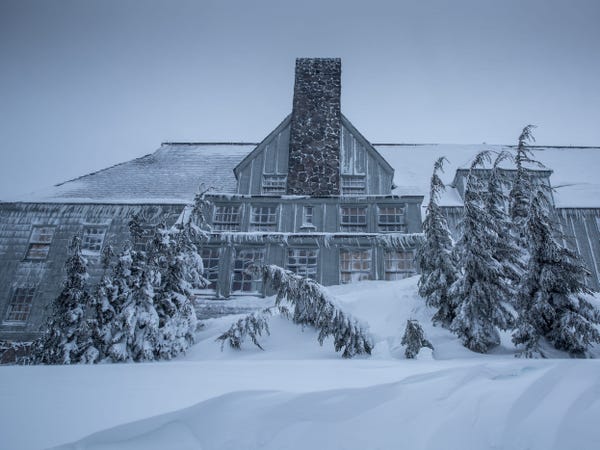 King's novel is based on the famous Stanley Hotel in Colorado, but the exterior shots in the movie are of Oregon's Timberline Lodge. Kubrick agreed to change the infamous room number from 217 to 237 (which does not exist) in the movie because the hotel was worried people would not want to stay in the room in the future.

Ironically, room 217 is most often requested at Timberline Lodge, according to the hotel's website.

Scatman Crothers, who plays the Overlook's head chef, was surprised to find his character died in the final cut of the film because it was not in the novel or the original script. 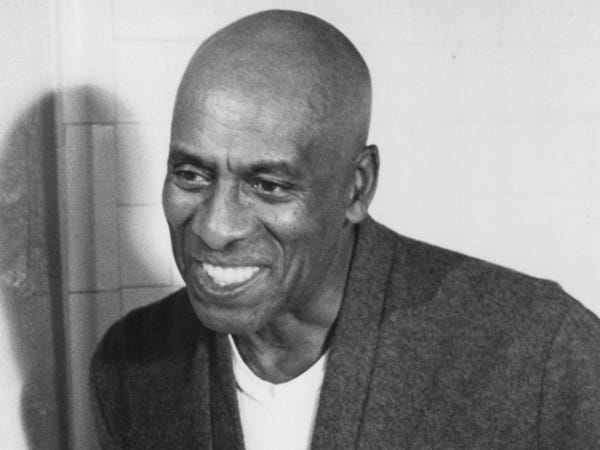 In the original script and in the novel, the character Hallorann has the "shining" and saves Danny and Wendy. He evens helps raise and nurture Danny in the future, but in the movie, he is killed.

"I like the film. I just wish that they had kept the original ending," Crothers told James H. Burns in 2017. "The strange thing is that even Stanley's screenplay has Hallorann saving them. In fact, when I first arrived in London … Jack Nicholson introduced me to his friends and said, 'My man's the hero of the movie.' I just don't understand what happened. Kubrick shot things all kinds of ways, but he never shot a version of the ending like in his script or the book. I still don't know why Stanley changed the story. I never asked him why he did it. I just wanted to do my job."

Explaining the changes to the ending, screenwriter Diane Johnson told Entertainment Weekly in 2017, "Kubrick really thought somebody should get killed — because it was a horror movie."

Danny Lloyd, who played Danny Torrance, had no idea he was playing a part in a horror film. 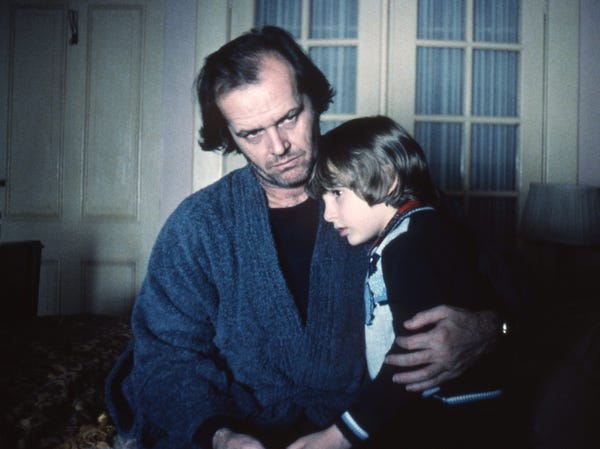 Lloyd was just 7 years old when he and his family moved from the Midwest to London to shoot "The Shining." But Lloyd has since said he did not know he was filming a horror movie. He told the Guardian in 2017 that he thought he was filming a family drama set in a regular hotel. The young actor can also remember being shielded from the set when horror scenes were being shot.

"I specifically remember I was banned from the set for the entire time Scatman Crothers was being axed," Lloyd said.

He wasn't even allowed to watch the movie when it released. Instead, they allowed him to watch a 10-minute version for children. Lloyd was finally able to watch the full version years later and described it as a "home movie."

Unlike Lloyd, Shelley Duvall, who played Wendy, had a negative experience during the filming because of the pressure from Kubrick. 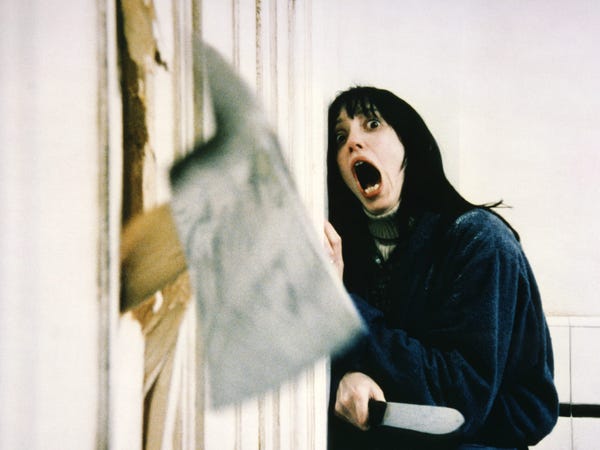 According to the Daily Mail, Kubrick isolated Duvall from the rest of the cast and crew during the filming of "The Shining." He even forced the actress to do her scenes over 100 times, leading to exhaustion.

In a documentary filmed during the making of the movie, you can see Duvall lying on the floor from exhaustion, and in another scene, Kubrick is yelling at her for missing a cue, according to Rolling Stone.

"From May until October I was really in and out of ill health because the stress of the role was so great," Duvall said in the 2000 book "The Complete Kubrick." "Stanley pushed me and prodded me further than I've ever been pushed before. It's the most difficult role I've ever had to play."

Kubrick broke a world record on set after forcing his actors to do countless takes to get each scene just right. 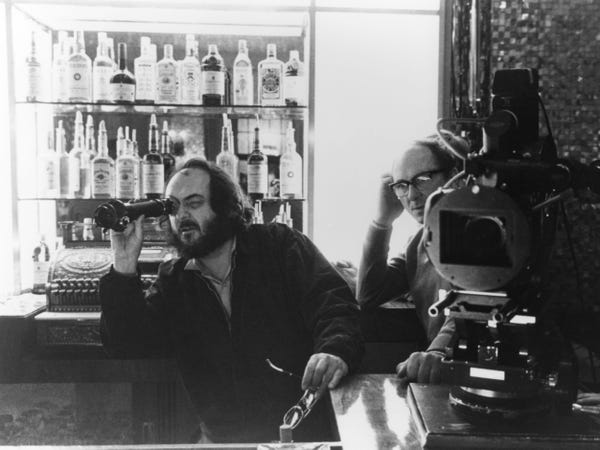 When Nicholson uses an ax to break into the bathroom door, it took Kubrick three days to get the scene right. In the end, Nicholson chopped down 60 doors, according to the Independent.

Likewise, the scene where Duvall's character, Wendy, swipes at Jack with a baseball bat took 127 takes, which broke a world record, according to Rolling Stone.

Nicholson improvised the famous "Here's Johnny" line toward the end of the movie. 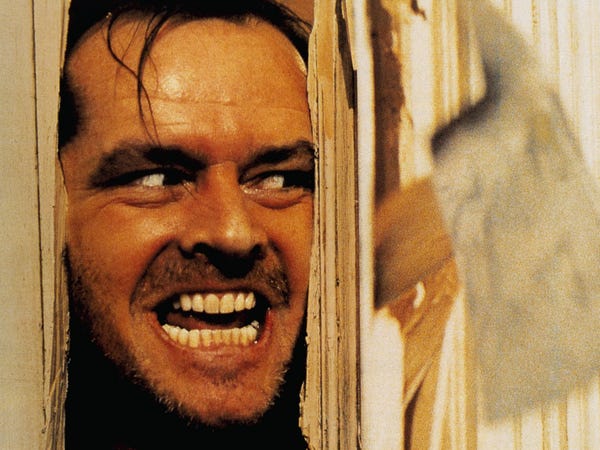 When Nicholson takes an ax to the bathroom door in the movie, he shoves his face into the hole that he made. At the moment, the actor improvised the line, "Here's Johnny," a reference to the opening of "The Tonight Show Starring Johnny Carson." Kubrick decided to keep the line in the movie, and it became one of the most famous moments in film history. In fact, AFI calls it one of the "greatest movie quotes of all time."

Kubrick came up with numerous alternatives to the famous line "All work and no play makes Jack a dull boy" so that it would make sense in different languages. 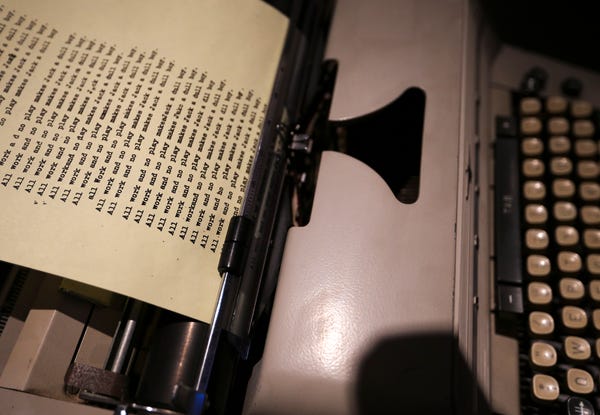 In the film, Wendy flips through pages Jack has been writing and finds he has just written "All work and no play makes Jack a dull boy" over and over again. Kubrick knew that it wouldn't translate well in other languages, so he made other versions that would work when translated, according to the Independent.

For example, in Italian, the line reads, "The morning has gold in its mouth." In German, "Never put off until tomorrow what can be done today." And in Spanish, "No matter how early you get up, you can't make the sun rise any sooner."

Conspiracy theorists think the movie was made to hide secret messages, including clues that the moon landing was staged. 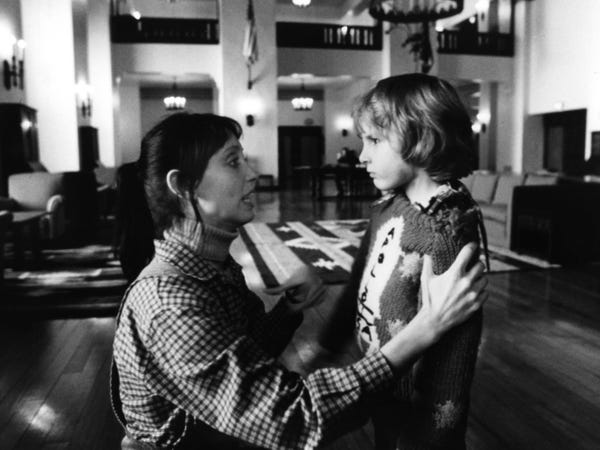 There are several theories about what Kubrick was trying to portray in "The Shining," which include themes of Native American genocide and the Holocaust, according to the Daily Beast.

But perhaps the most bizarre theory is that Kubrick was trying to tell the public that he was part of staging the moon landing. A documentary titled "237" explores this theory, explaining that the movie was really about Kubrick struggling with holding in this secret. At one point in the film, Danny is even wearing an Apollo 11 sweater.

After the making of "The Shining," King was one of its biggest critics. 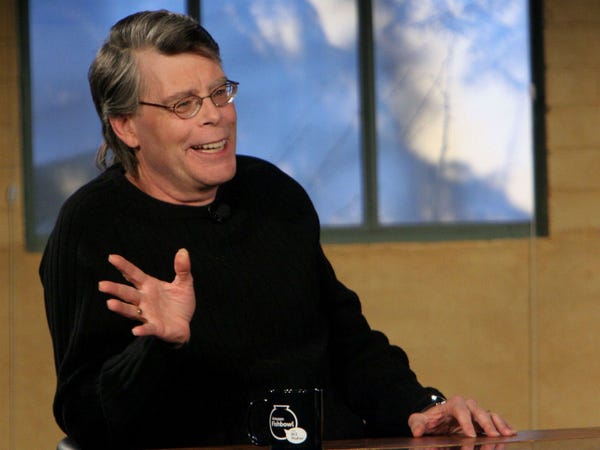 King has been very open about his thoughts on "The Shining" throughout the years.

"I think 'The Shining' is a beautiful film and it looks terrific, and as I've said before, it's like a big, beautiful Cadillac with no engine inside it," King told Deadline in 2016. "In that sense, when it opened, a lot of the reviews weren't very favorable and I was one of those reviewers. I kept my mouth shut at the time, but I didn't care for it much."

One of his main complaints is that Nicholson's portrayal of the protagonist is poor because he played the character "crazy" from the beginning, while the story is about a man's descent into madness.