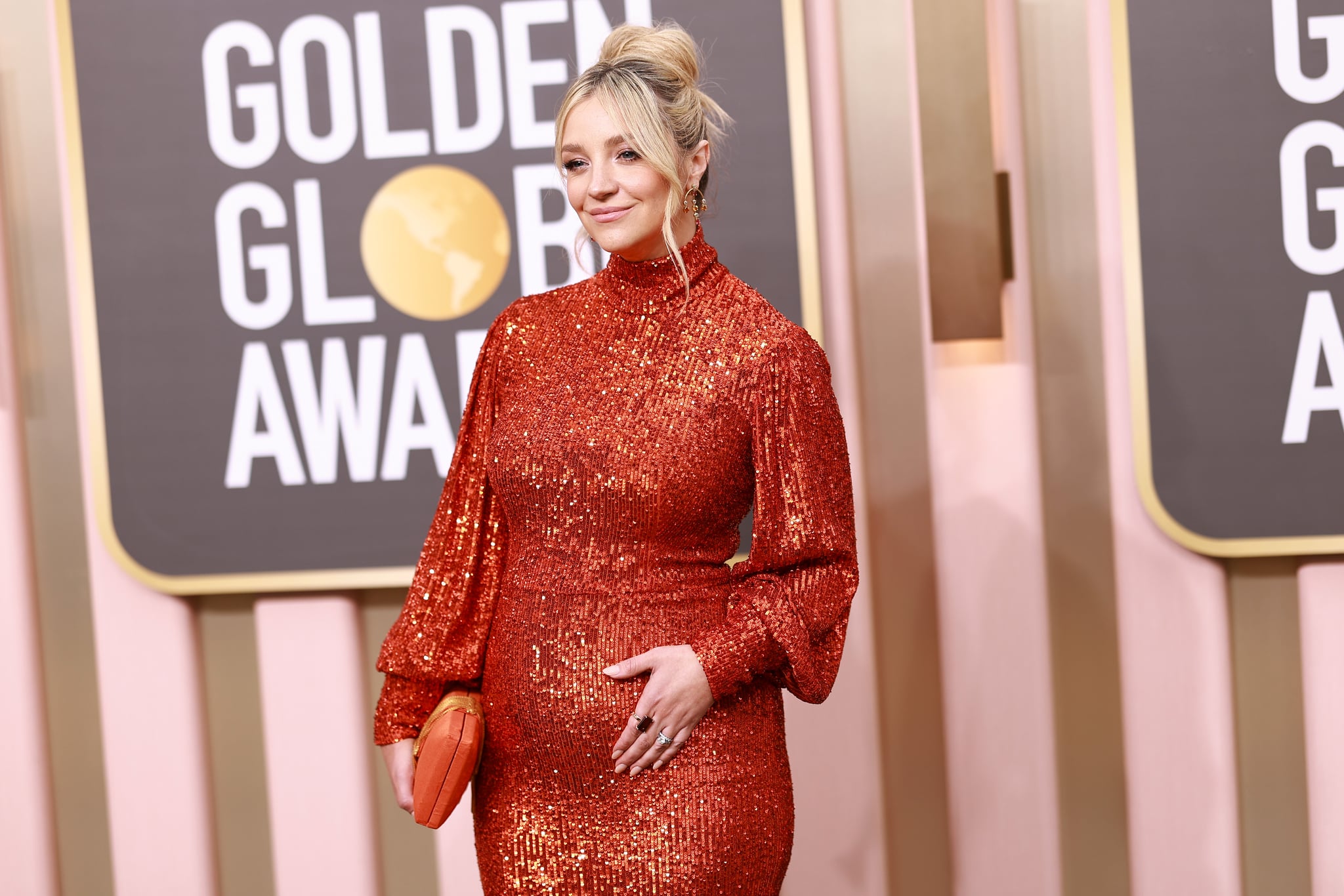 Yes, chef! “The Bear” star Abby Elliott walked the Golden Globes red carpet just four days after announcing she and her television-writer husband, Bill Kennedy, are expecting their second child later this year. Elliott posed on the red carpet solo, but she was looking glam as she showed off her baby bump in a long, glittery orange gown.

Elliott officially announced her happy news in an Instagram post on Jan. 7. “Baby Boy 💙 we can’t wait to meet you in June,” she captioned a mirror selfie where she showed off her growing belly.

Elliott and Kennedy’s son will join big sister Edith Pepper, who arrived in October 2020. At the time, the new mom announced the news with a black-and-white Instagram post, writing, “The love of our lives.”

In an August 2022 interview with The Daily Beast, Elliott shared she was originally nervous to head back to work after having Edith during the pandemic, but “The Bear”‘s script and the role of Sugar were just too good to pass up. “I was already in this vulnerable state of having her during COVID, so I just really wanted to do something real and grounded,” she explained.