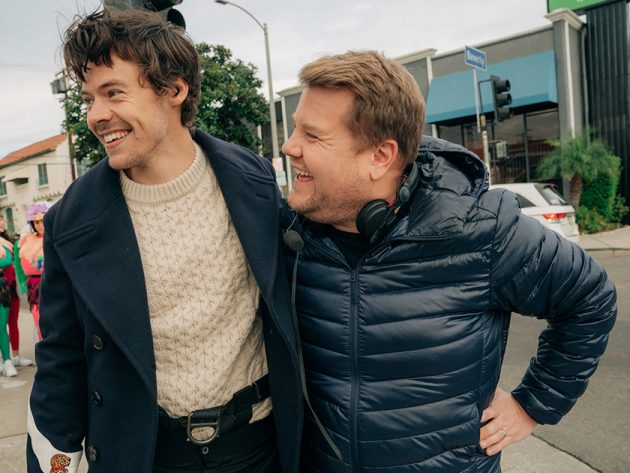 The musical pair celebrated the New Year while holidaying in the Caribbean, reportedly splitting their time between Anguilla and the Virgin Islands.

And while away on their travels, they decided to make a restaurant’s day after enjoying a meal there.

And after finishing their dinner, Harry decided to leave a generous tip for the group’s server.

The group ran up a bill of $472.50 (approx. £358.94), and rather than leaving the standard, 10-15 per cent tip, the former One Direction singer decided to kick off the new year and the new decade by leaving a tip reflecting the new year we’ve entered.

Big ups to @harrystyles for taking care of Mr Big Life! @donniewahlberg you got the second worldwide response from Harry Styles all the way from St Thomas Virgin Islands with @j_corden and @adele Happy new year guys!

Taking to Instagram to share new of the generous contribution, the bartender of the restaurant uploaded a snap of the table’s bill, writing, ‘Big ups to @harrystyles for taking care of Mr Big Life!

@harrystyles being the best person he can ever be… @j_corden photobombing!??? For real? ?

The restaurant worker also shared a series of snaps of the stars dining with them, where Harry could be seen looking relaxed wearing a tropical print shirt with a pearl necklace around his neck and a messy hairstyle.

‘@harrystyles being the best person he can ever be,’ read the photo’s caption, ‘@j_corden photobombing!??? For real? ?’.

Harry and Adele, who have been friends for years, were also spotted by fans relaxing at a beach bar enjoying drinks together.