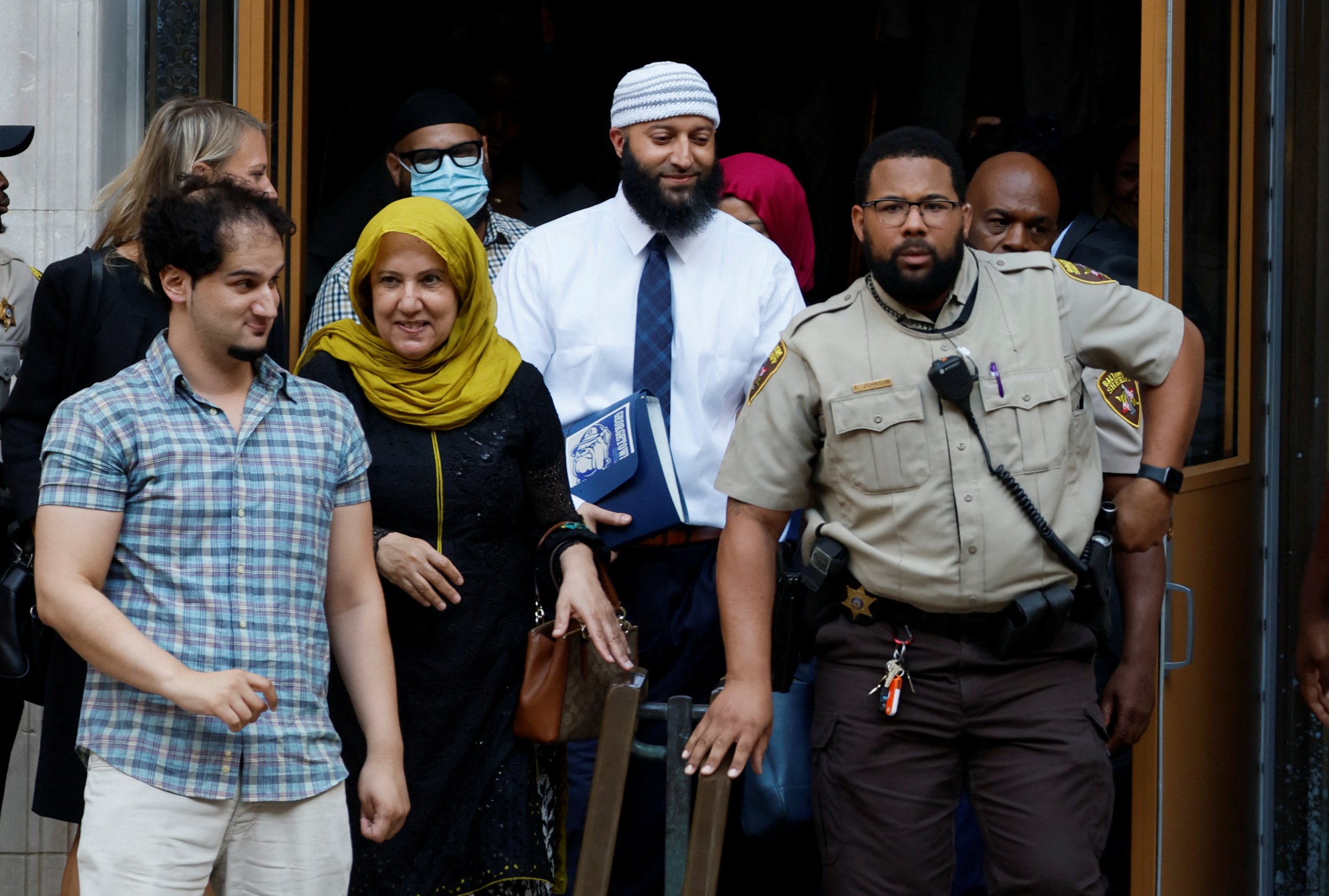 Adnan Syed shared an emotional reunion with his family following his release from prison after more than 20 years.

The now-41-year-old was convicted and sentenced to life for strangling ex-girlfriend Hae Min Lee in 1999, and the first series of the podcast focused on Syed’s case, with a special episode recorded following his release this week.

Syed has always maintained his innocence and, when his case was examined in the first season of the podcast, many questioned whether he had received a fair trial.

This week a judge ordered he remain under house arrest for a month, with prosecutors given 30 days to give him a new trial or dismiss the charges.

And after he walked from a Baltimore courthouse to raucous cheers from well-wishers gathered outside, he returned home to reunite with his parents…and gleefully raid the fridge.

In one clip shared by friend Rabia Chaudry, who first contacted Serial host Sarah Koenig in an effort to get as much media attention as possible on Syed’s case, Chaudry’s mother was seen in tears as Syed walked over to a couch where his father was sitting.

On Monday, the verdict was overturned by Circuit Court Judge Melissa Phinn, who ordered Syed’s release – with Serial’s Koenig and Julie Snyder dropping a brand new episode on the update on Tuesday.

Fans are able to listen to the new episode, titled Adnan Is Out, with an episode description reading: ‘It’s Baltimore, 2022. Adnan Syed has spent the last 23 years incarcerated, serving a life sentence for the murder of Hae Min Lee, a crime he says he didn’t commit.

‘He has exhausted every legal avenue for relief, including a petition to the United States Supreme Court.

‘But then, a prosecutor in the Baltimore State’s Attorney’s office stumbled upon two handwritten notes in Adnan’s case file, and that changed everything.’

Koenig told listeners: ‘Adnan Syed got out of prison yesterday.

‘It was extraordinary, the whole thing.

‘Adnan is out. On home detention for now, but out. Home.’

Speaking of how his release came to be, Koenig explained that she had spent the last few days understanding the situation herself.

‘The prosecutors today are not saying Adnan is innocent, they stopped short of exonerating him,’ she said. ‘Instead they’re saying, back in 1999, we didn’t investigate this case thoroughly enough.

‘We relied on evidence we shouldn’t have, and we broke the rules when we prosecuted. This wasn’t an honest conviction.’

It was previously revealed that prosecutors may have failed to disclose information to Syed’s defense – including the identities of two additional suspects that investigators failed to rule out, as well as an alibi from one of Syed’s classmates which was never followed up, and the inability of Syed’s team to challenge the evidence based on the location of cell tower ‘pings’ which ‘placed him at the scene’.