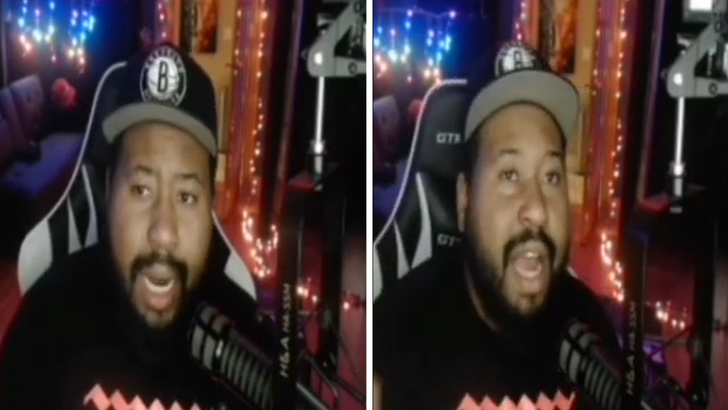 Akademiks says he’s genuinely concerned for Blueface‘s career … especially after his GF Chrisean Rock‘s admission she smacked him upside the head with a glass of Hennessy!!!

A viral clip from their reality show “Crazy in Love” showed Chrisean cleaning a gaping, bloody wound from the back of Blueface’s head … the aftermath of yet another domestic violence incident between the couple.

Blueface’s manager Wack 100 recently confronted Chrisean on the show ⁠… telling her Blueface hasn’t carved out a hit since they’ve been running amok.

Ak also shared a personal conversation he had with Offset about having a smaller profile than his wife, Cardi B … and the Migos rapper allegedly told him the pressure helps his own hustle.

TMZ Hip Hop recently learned Cardi and Offset have a McDonald’s Super Bowl commercial on the horizon … indicative of their synergy as a couple and business people.

Blue and Chrisean should take notes … when they’re not at each other’s throats.