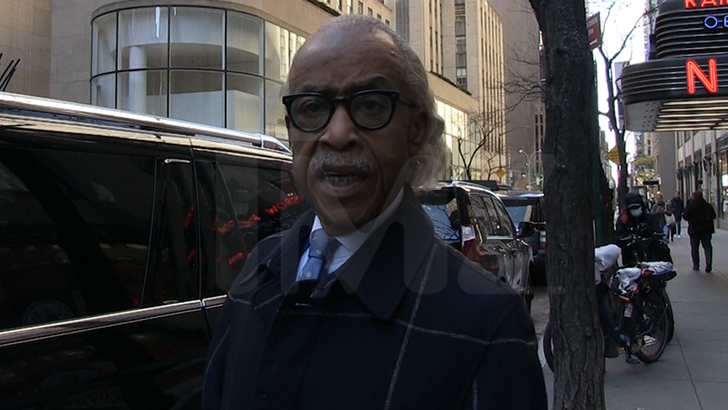 Kyrie Irving is facing justified consequences for propagating antisemitic views — despite some in the Black community feeling like he’s getting a “lashing” … so suggests Rev. Al Sharpton.

We got the civil rights leader in NYC Wednesday to speak about the growing sentiment that KI is being overly-punished and made an example of by the powers that be in the NBA … even though he’s apologized for his controversial comments of late.

The Reverend says people should denounce bigotry no matter what, and that applies to Kyrie too. He says just because African-Americans have been subjected to racism and mistreatment historically doesn’t mean it’s okay to normalize hatred of another group.

Sharpton also seems to be hinting that the two shouldn’t automatically be conflated.

Sharpton apparently believes Kyrie’s promotions were antisemitic — and that he’s on the side of those who are calling for accountability.

Even though Kyrie has tried walking it all back, some feel it’s empty because he’s implied the Holocaust is simply a cultural issue important to Jews, rather than an outright atrocity.

Since then, he’s been suspended and has met with Commissioner Adam Silver, who’s Jewish. But the debate about his treatment rages on, especially across racial/cultural lines.