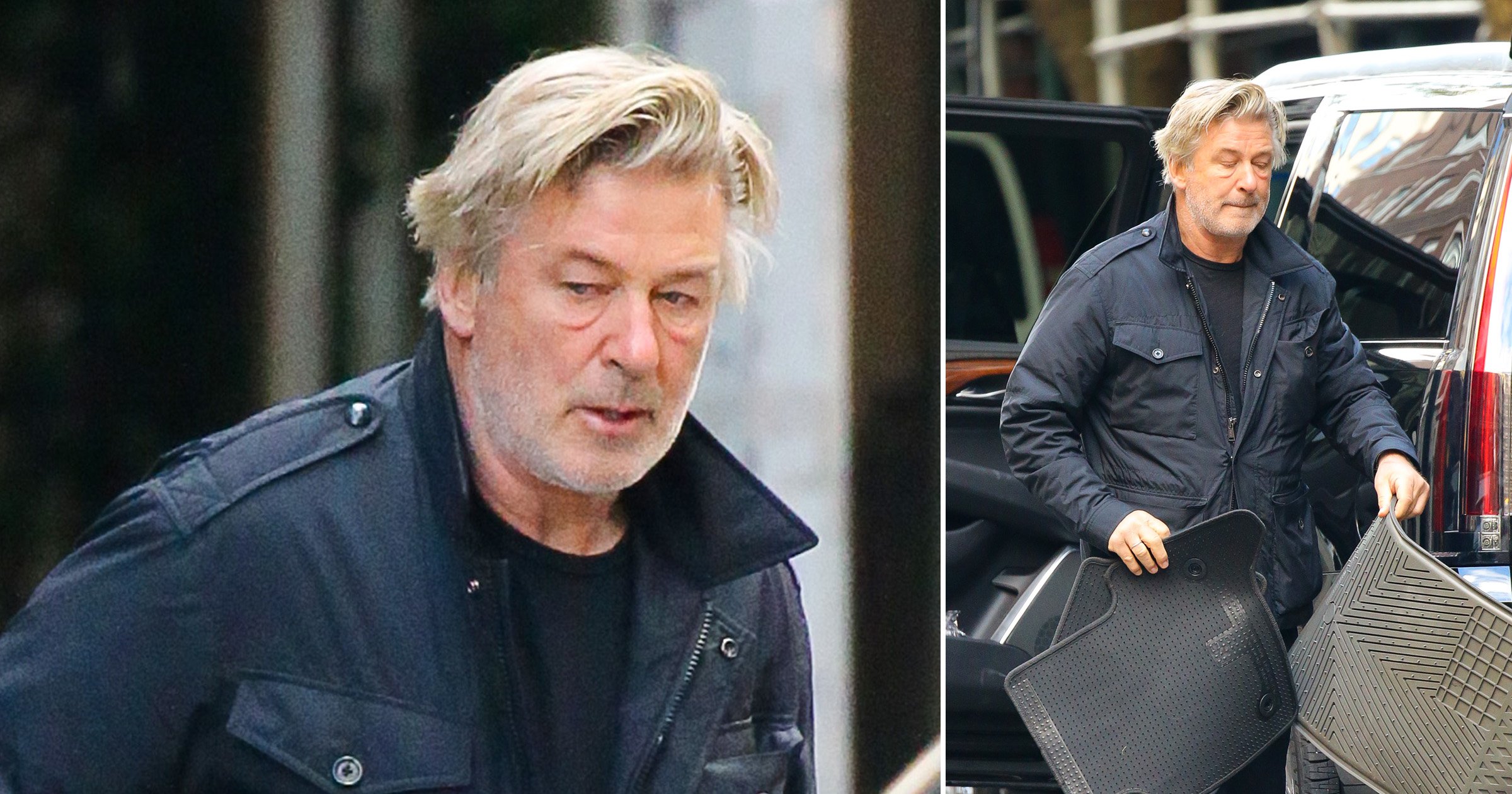 Alec Baldwin has been spotted out in New York City as he cleaned out his family car after one of his children caused a little mayhem.

The actor, who is also a dad-of-seven, looked hard at work as he cleaned his Cadillac Escalade after one of his sons capitalised on the vehicle being a little dusty, quite literally making his mark on it.

Alec was spotted moving a car seat around and picking up floor mats, with the star wrapping up against the cold in a jacket.

Alec, 63, and Hilaria, 37, are parents to Carmen, eight, Rafa, six, Leonardo, five, Romeo, three, Eduardo, one, and Lucia, who was welcomed via surrogate earlier this year, while Alec is also dad to Ireland, 26, from his marriage to Kim Basinger.

However, Hilaria recently revealed it’s not all smooth sailing as she snapped their son Rafael, six, scrawling the words ‘f***’ and ‘poop’ into dust on the car.

Hilaria shared clips from Thanksgiving where her oldest son used his finger to write the expletive into the dust, scrawling: ‘F*** ya poop.’

The yoga teacher shared the result and told her Instagram followers that it was ‘over the whole car’, joking: ‘He’s proud…I’m kinda proud of his spelling [and] reading. Silver lining?’

Hilaria later shared a photo of her cuddling Rafa, and captioned it: ‘Grateful that you can spell… now we can work on some nicer words.’

At least Rafa chose to express the choice words through dust this time, as he previously keyed his own name onto his father and mother’s car.

Hilaria has been open about her life on Instagram, recently speaking out on having a ‘challenging year’ telling fans she wasn’t sure she’d ‘make it through’.

Her post came after her husband Alec accidentally discharged a prop gun on the set of his film Rust, which killed cinematographer Halyna Hutchins.

The investigation into the tragedy is still ongoing.

Both Alec and Hilaria recently stopped to answer reporters’ questions while on a family outing, as the 30 Rock star said: ‘I am not allowed to not make any comments because it’s an ongoing investigation.

‘I have been ordered by the Sheriff’s department in Santa Fe, I can not answer any questions about the investigation. I can’t. It’s an active investigation in terms of a woman dying. She was my friend.’

When asked whether production of the film would resume, he said he ‘doubts it.’