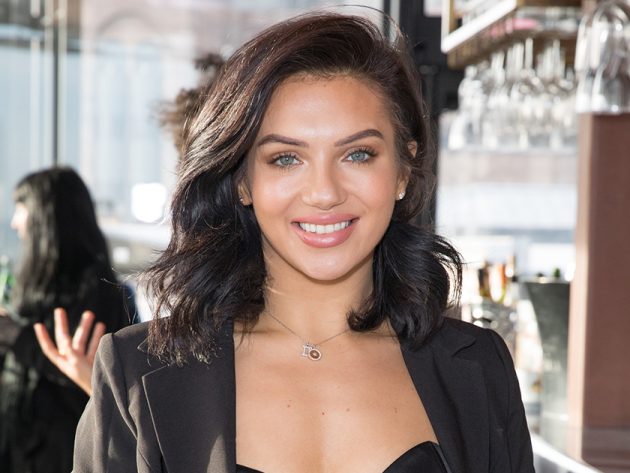 The former Love Island contestant, who took part in the show during the summer 2018 series, has revealed that her massive weight loss was partly brought on by a secret family heartache.

Alex has opened up about how she nearly tragically lost both of her parents last year after they experienced health problems.

And following the scare, when Alex thought she might lose both her mum and dad before they recovered, the reality star said that the experience made her realise that she wanted to change the way she lived her life.

“Weight just crept up on me,” she told Mirror Online. “There were numerous things that happened. I was dealing with health scares and I almost lost both my parents last year. I dealt with it privately.

The best version of ME. ? The effects of this transformation have been just as much internal as they have external… if not more so. It’s very easy to look at images on social media and assume we know the back story. I set out on this journey to feel better; I suffered with anxiety, I was unfit, I craved that discipline that I’d had all throughout my childhood from dancing, I was reactive to things and people unnecessarily. So I decided to make changes (which is all in my plan) and start healing from within, which in turn has got me the results both physically and mentally. It has NOT been easy, but it has been so worthwhile. I no longer suffer with anxiety, I’m the most productive I’ve ever been, I’m focused, no brain fog, full of energy, my cardiovascular fitness is the best it’s ever been in my life, I feel like superwoman & I am HAPPY! People ask what keeps me motivated… it’s quite simple really: I don’t ever want to go back to how I felt before, because right now, this chapter feels really good. A ?✨

“It’s okay, they’re both fine now,” she continued, “but it’s a shock to the system that makes you really self aware that health is important and that I needed to start taking care of myself now.”

Speaking about her time after coming out of the Love Island villa, Alex said, “When you come out there’s all these social events that you go to all the time and you’re travelling and picking up food and you think you’re making healthy choices but you’re not, and you’ve got no time for exercise, but sometimes you’ve got to focus on yourself and take care of yourself. ”

“Coming out of Love Island, I was branded as the curvy girl,” she continued, “and there was a sense of guilt almost because I wasn’t happy in the skin that I was in but I was telling everyone else to be positive all the time and I needed to take a leaf out of my own book really and do some self reflection and practice what I preach, and that’s what I’ve done and I’ve done it for myself and nobody else.”

The star has now launched a new app, Alexandra’s Happy Body Plan, with the help of her personal trainer Aaron and nutritionist Amanda Ursell.

“I feel the best I’ve ever felt in my life. I feel like I’m bursting with energy and love and happiness, it’s a really beautiful feeling.

“I’ve got a spring in my step every day.

“The mental shift actually has been the craziest thing. I was at a real low point a few months ago and I’d really lost who I was and my sense of purpose and I didn’t really know what I was doing but I’ve been taking steps in the right direction and I feel phenomenal.”