All the Best Performance Outfits From the 2021 GRAMMYs

The 2021 GRAMMY Award performers are bringing their fashion A-game to the stage. Stars like Cardi B, Megan Thee Stallion, Taylor Swift, Dua Lipa, DaBaby and more are stunning in their custom designer looks.

From multiple pink disco-inspired Versace outfits to a leather suit topped off with a green feathered boa, we couldn’t take our eyes off the screen when it came to the fashion moments made on tonight’s GRAMMY stage.

See the best performance outfits you can’t miss, ahead.

Cardi B and Megan Thee Stallion turned up the heat with their first television performance of “WAP.” Before the duo performed together in an elaborate set, Megan wowed in a sparkly bodysuit for her performance of “Savage.” Then, Cardi stepped out in a futuristic two-piece ensemble and short pink hair while performing “Up.” 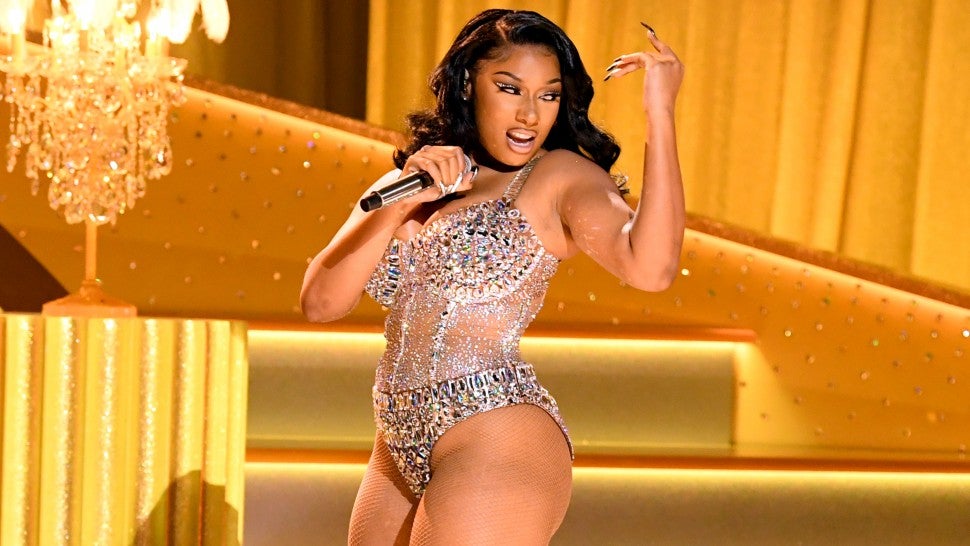 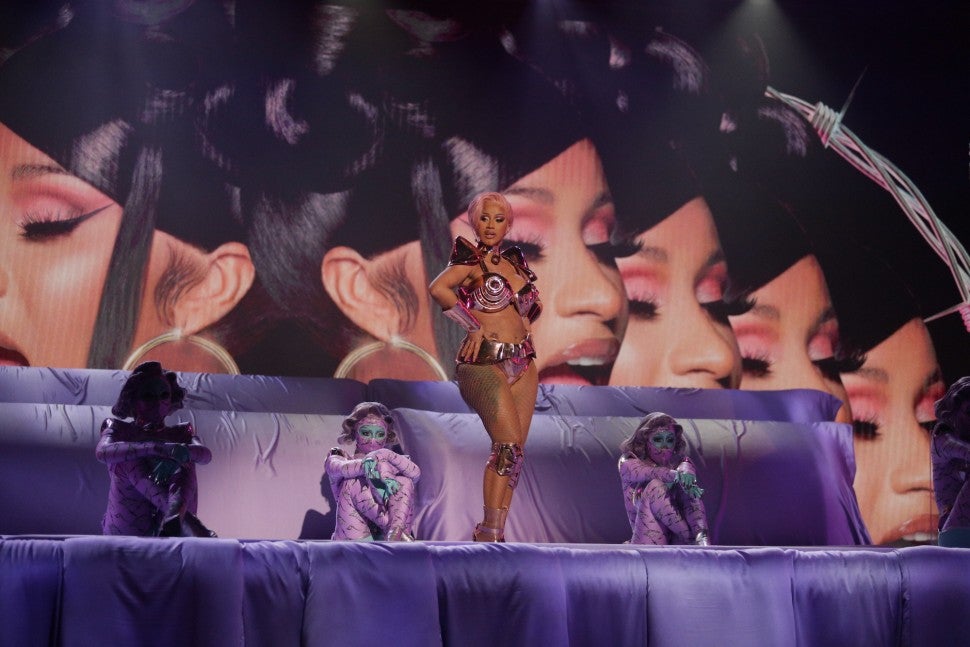 Taylor Swift looked boho chic in a flowy purple dress with metallic gold foil, custom designed by Etro, and a Cathy Waterman hairpiece for a dreamy Folklore and Evermore medley. 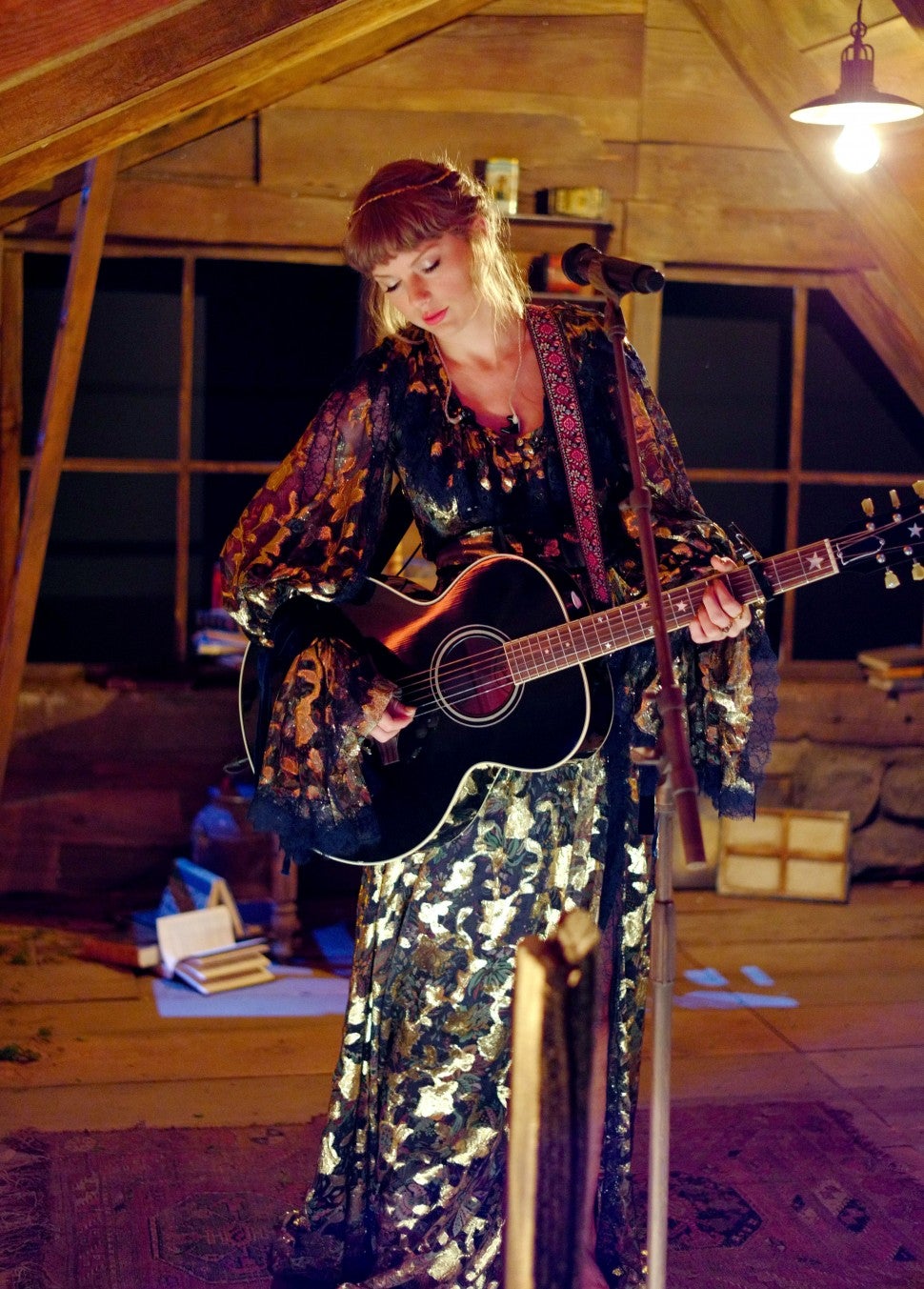 Dua Lipa wore three different fuchsia looks, custom designed by Versace, as she performed dance hits from her second studio album, Future Nostalgia. She was joined by DaBaby for “Levitating.” 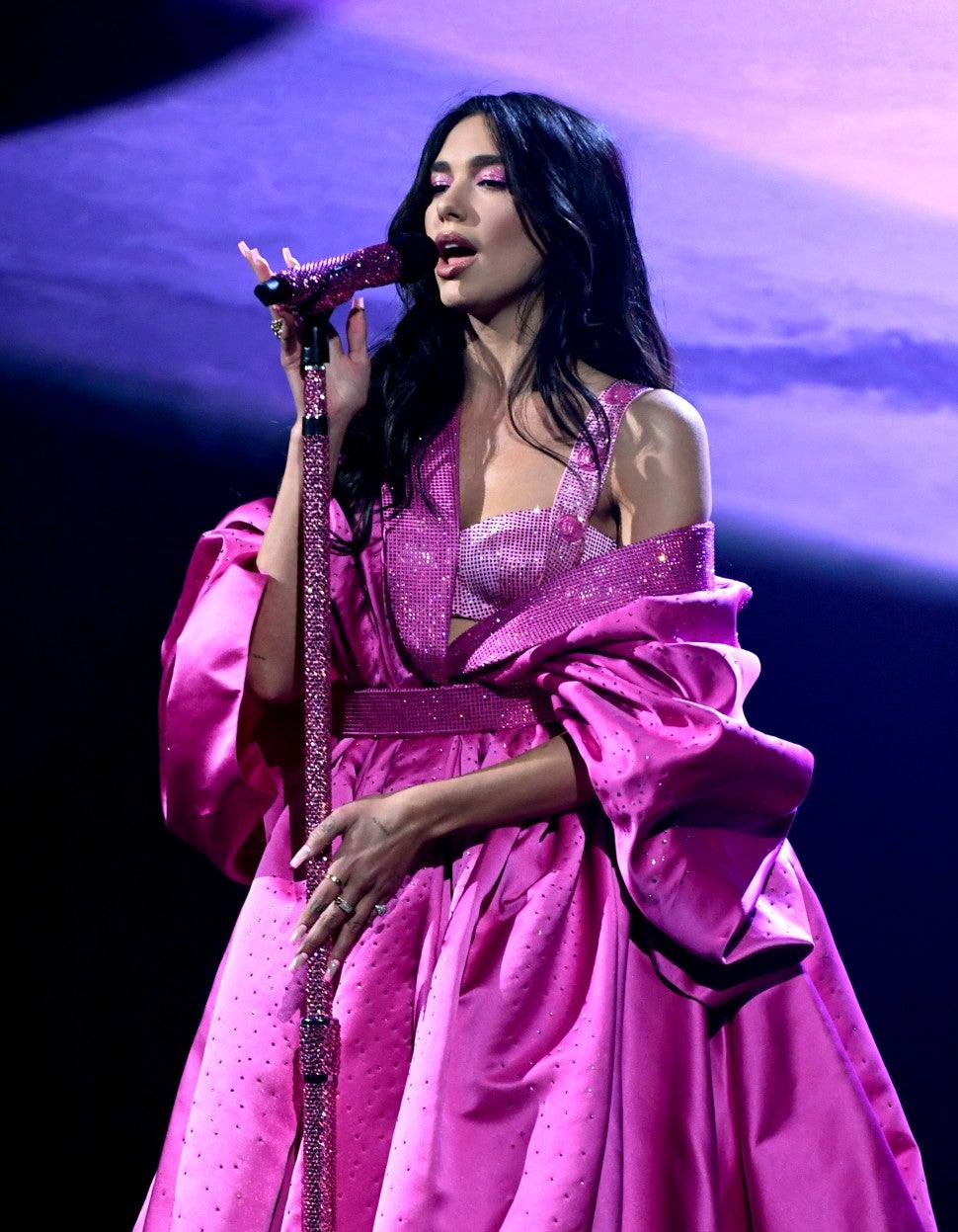 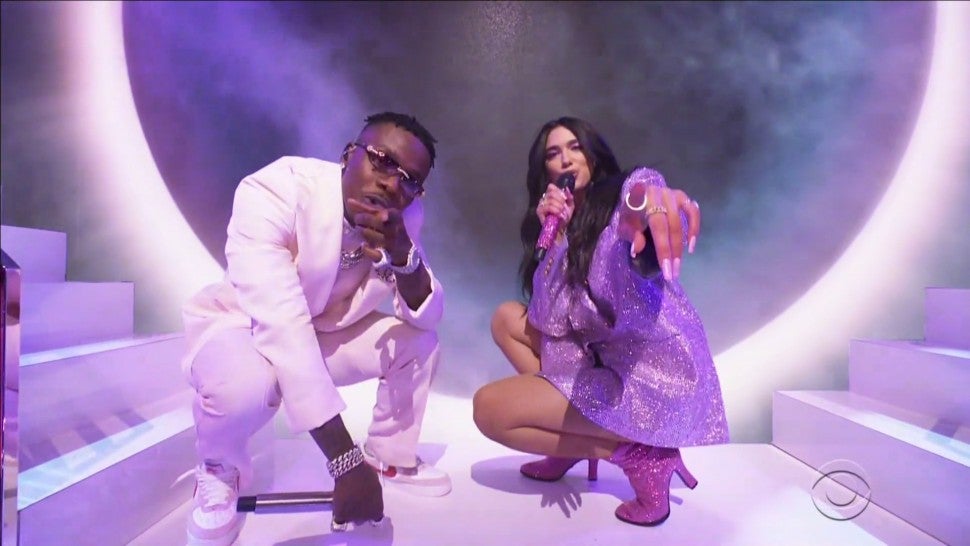 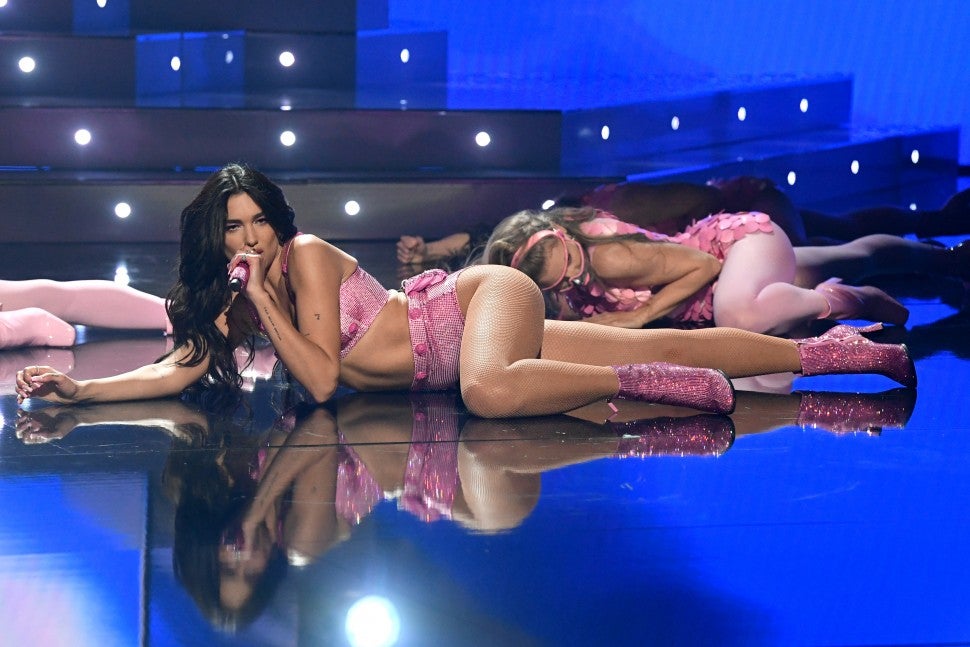 DaBaby was chic in an embellished white Chanel suit, complete with studded gloves! He took the stage with Roddy Ricch to perform “Rockstar.” 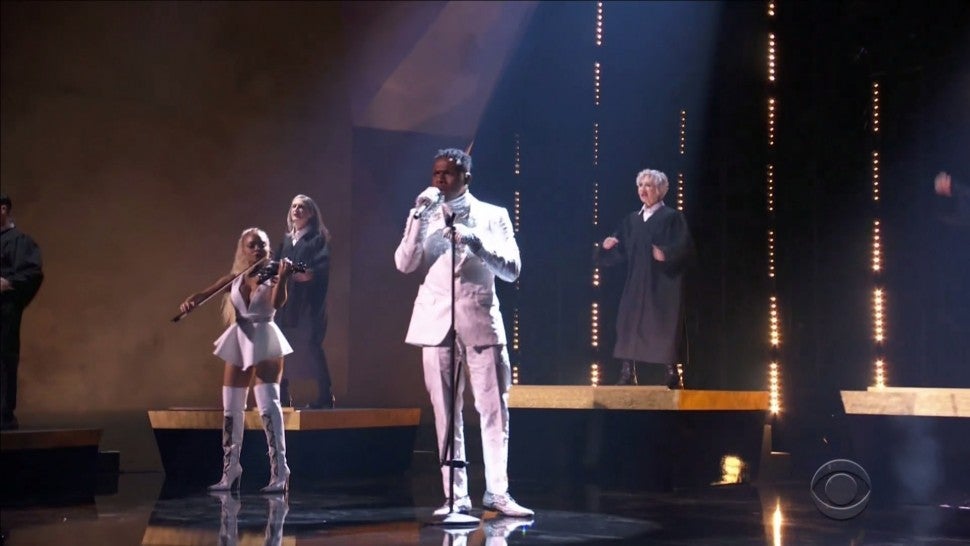 Harry Styles has now got everyone digging their wardrobes for a boa. The singer opened the awards show with a performance of “Watermelon Sugar,” rocking a Gucci leather suit and a green feathered boa. 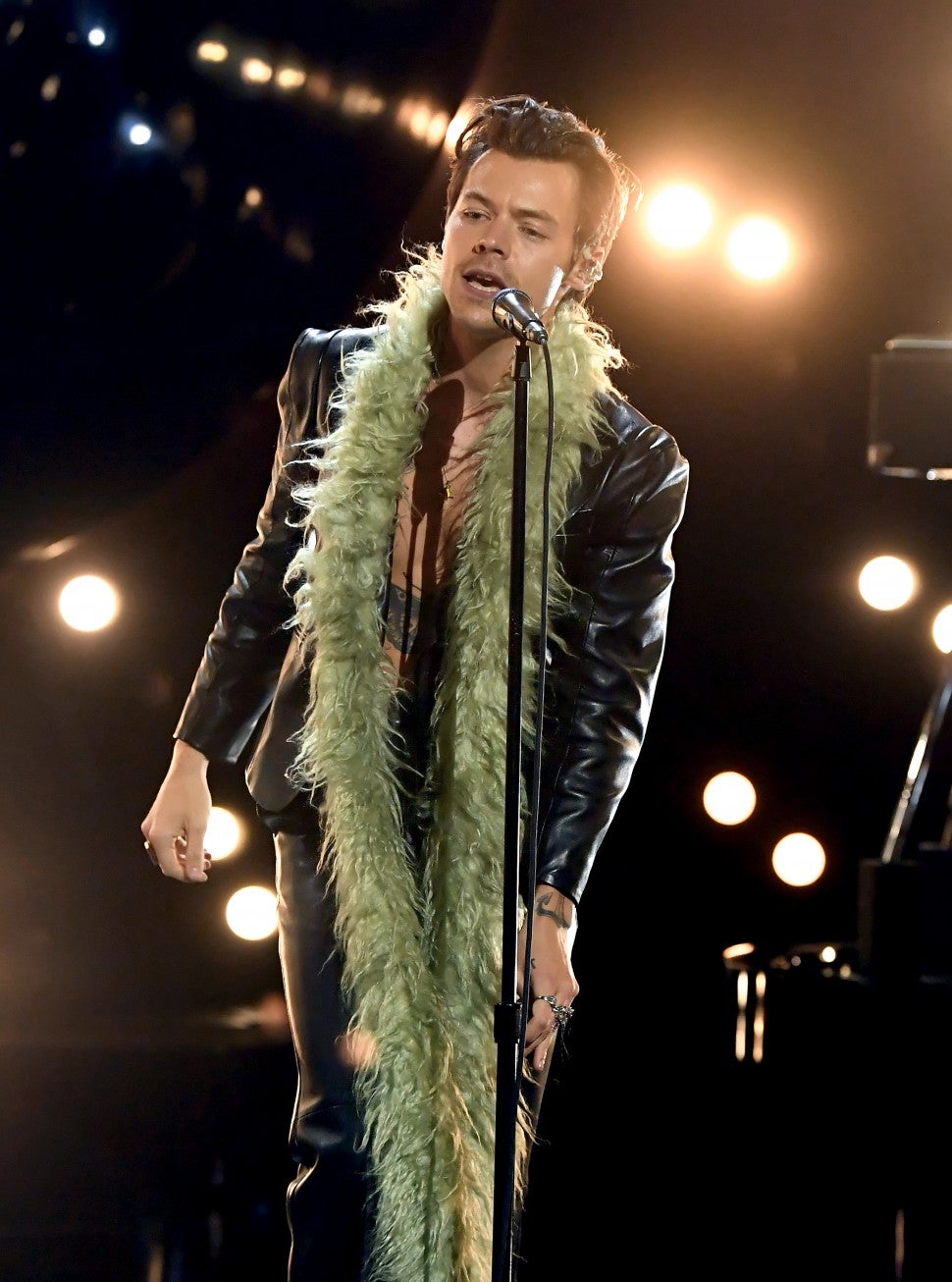 Billie Eilishdidn’t disappoint with her green Gucci ensemble, featuring a dazzling headpiece, for her performance of “Everything I Wanted.” 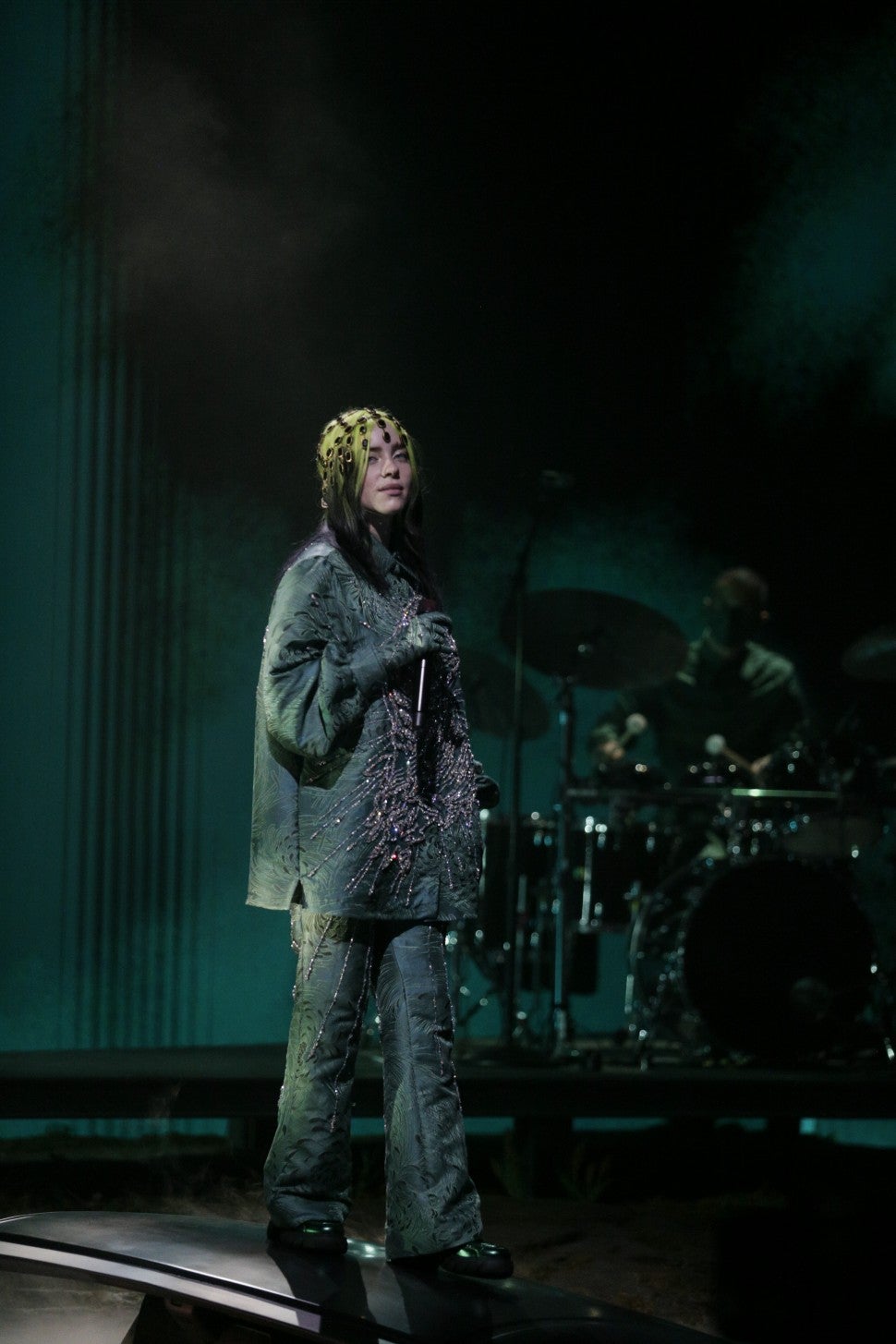 Get the complete GRAMMYs winners list, plus GRAMMY Awards live updates at ETonline.com.

GRAMMY Awards 2021: Megan Thee Stallion On How Her Mom Would React to Her Win