Antiques Roadshow: ‘I can’t believe it’ Object bought for £10 sells for HUGE amount The contributor brought along an object that she’d had for over 30 years, however she didn’t know what the artefact was.

Luckily, Antiques Roadshow expert Lee Young was on hand to offer some advice on it, and he was clearly taken with the small piece.

The guest on the BBC show began by saying: “I haven’t got a clue, that’s why I came to see you today.”

Lee then launched into an explanation of the object, which was from 17th Century China.

I haven’t cleaned it for 30 years

He explained: “Let’s start with country of origin, it’s Chinese and it’s bronze, gilt bronze and cloisonné which is an enamel, a type of fired enamel.

“It dates from the Ming Dynasty this one in particular would date form the first half of the 17th Century.”

Lee continued: “What it is, is a water-dropper, very simply. If I took that out and I filled it up with water and put that back in and put my hand on the top of that hole, and of course there’s a hole on the bottom as well then I take that back out and release the little water, drop, drop, drop.”

“What would you drop water on?” another guest asked.

“Where did you get it?” Lee asked of the contributor. 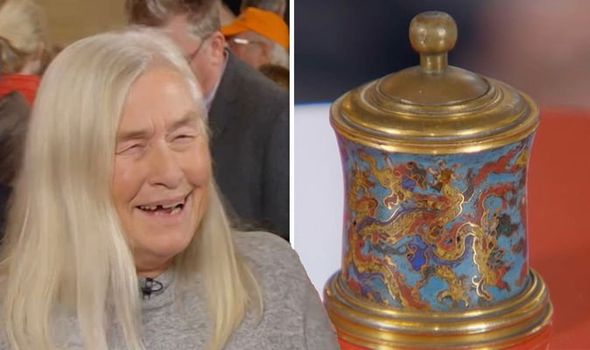 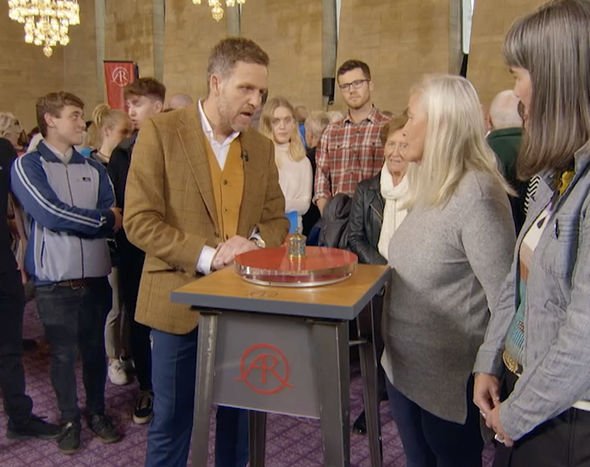 “I bought it in Tynemouth at an antiques fair probably 30 years ago, 35 years ago,” she replied.

Lee questioned: “Did you pay a lot for it?”

“I paid £10, which was very expensive. I asked what it was and they said they didn’t know,” she retorted.

Lee then began to deliver the exciting news about how it would fare at auction as he said: “It’s a rare thing. There would be lots of interest in this if it came up for auction, the condition’s very good.

“I love the wear on the gilt. A lot of hands have held that over the years it’s sympathetically worn and it would be an exciting item if that came on and there would be a lot of people fighting to own that at auction.” 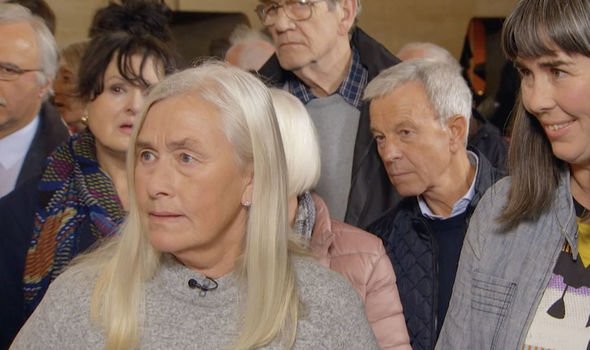 The guest admitted: “You know, I haven’t cleaned it for 30 years.”

“You’ve done it a great service by not doing that,” Lee responded.

He then announced: “So £10 paid 30 years ago, so anything above £10 today you’re going to be pretty happy with. If I tell you that that at auction today would carry a pre-sale estimate of between 10 to 15 thousand.”

She added: “I think it might go to Yorkshire. Absolutely fabulous.”

Antiques Roadshow continues Sunday at 8pm on BBC One.