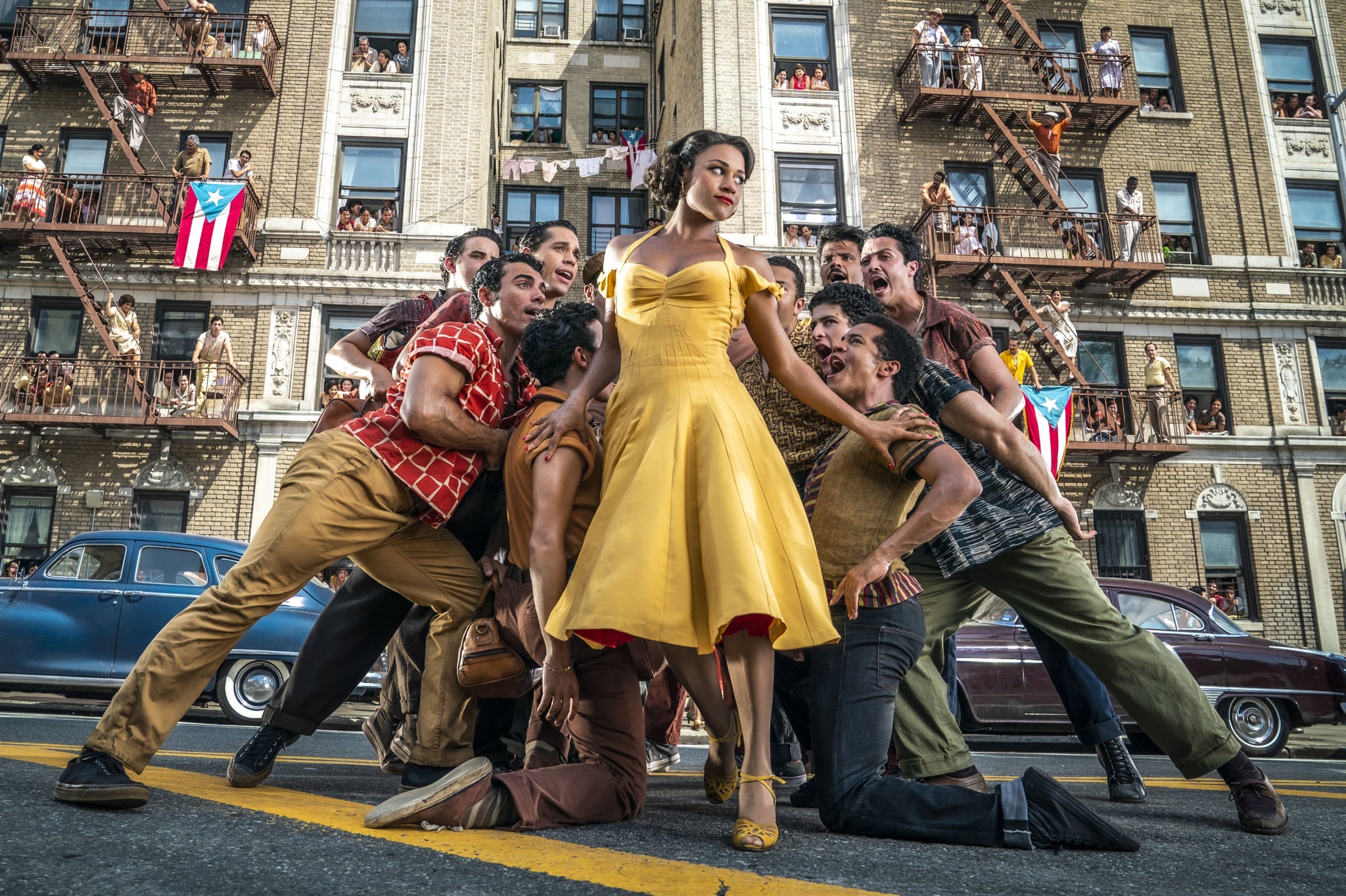 Ariana DeBose, who plays the character Anita in the new West Side Story film (which hits theaters on Dec. 10), directed by Steven Spielberg and written by screenwriter Tony Kushner, is really proud of how the remake portrays the Puerto Rican community. The second full-length film adaptation of the famous Broadway show essentially fixes everything that went wrong with the original 1961 film. Not only are all the Puerto Rican characters actually played by Latinx actors, unlike the original, which cast mostly white actors in brown face, but it also touches on the diversity and nuances that exist within Latinx culture.