Arnold Schwarzenegger was involved in a terrifying four car accident on Jan. 21 near his Los Angeles home.

Arnold Schwarzenegger, 74, has bounced back after a scary four-car collision on Friday afternoon. The Terminator icon was spotted riding a bike in the Santa Monica area before heading to a gym just a day after the crash on Saturday, Jan. 22. Arnold appeared to be in good spirits for the casual ride, rocking a black shirt and pants, along with a brown leather jacket and his go-to aviator sunglasses. 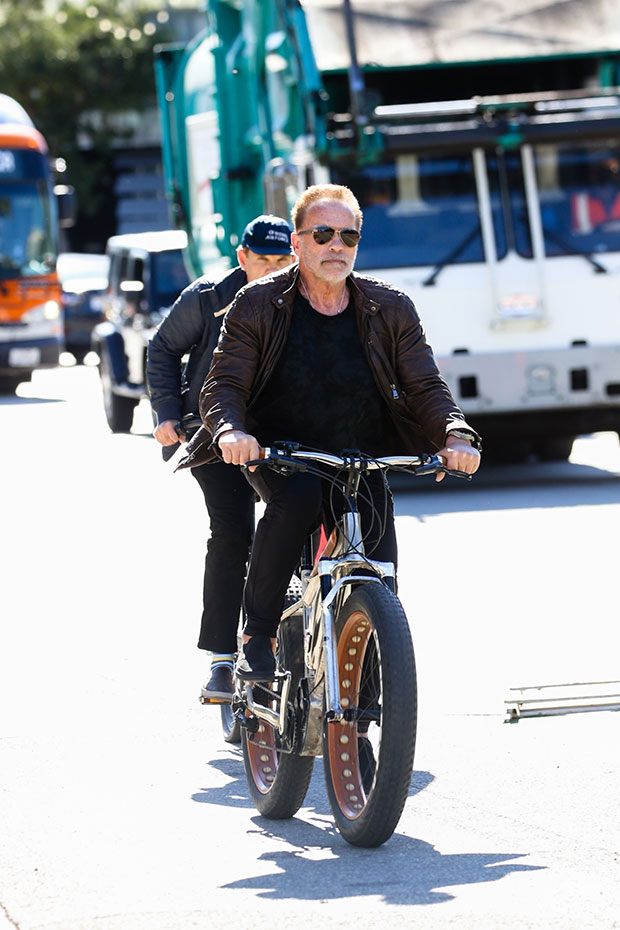 Following the incident that injured a woman, his publicist confirmed that Arnold was doing okay. “He is fine, his only concern right now is for the woman who was injured,” a rep for the actor told PEOPLE magazine just hours after the accident occurred at Sunset Boulevard and Allenford Avenue between the Brentwood and Pacific Palisades areas. HollywoodLife also reached out to representatives for a statement.

The injured woman, who was driving a red Toyota Prius, was reportedly bleeding from her head area before being rushed to hospital from the scene. Arnold’s black GMC Yukon SUV collided with the woman’s Prius, and then rolled “on top” of it, per police. “There a four-car accident today at 4:35 pm on the corner of Sunset Blvd. and Allenford in Los Angles,” Officer Drake Madison of the Los Angeles Police Department told HollywoodLife. 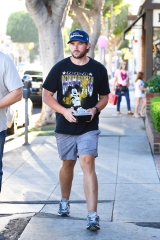 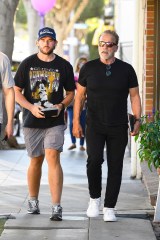 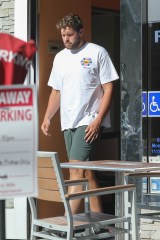 “In the accident, one car rolled on top of another. That is the only accident today on Sunset Blvd. No one is suspected to have been transported to the hospital,” he also said. Another car involved was a Porshe Cayenne SUV. Madison confirmed he did not know the extent of the woman’s injuries, however, TMZ reported that Arnold was keen to check on the woman and connect with her as soon as possible. Alcohol is not believed to be a factor in the accident.

Arnold was with friend Jake Stansfield (best known for “Body By Jake” as well as working with Arnold during his run as Governor) during the collision. No additional details have been released about the accident, which required the vehicles to be towed away from the scene.