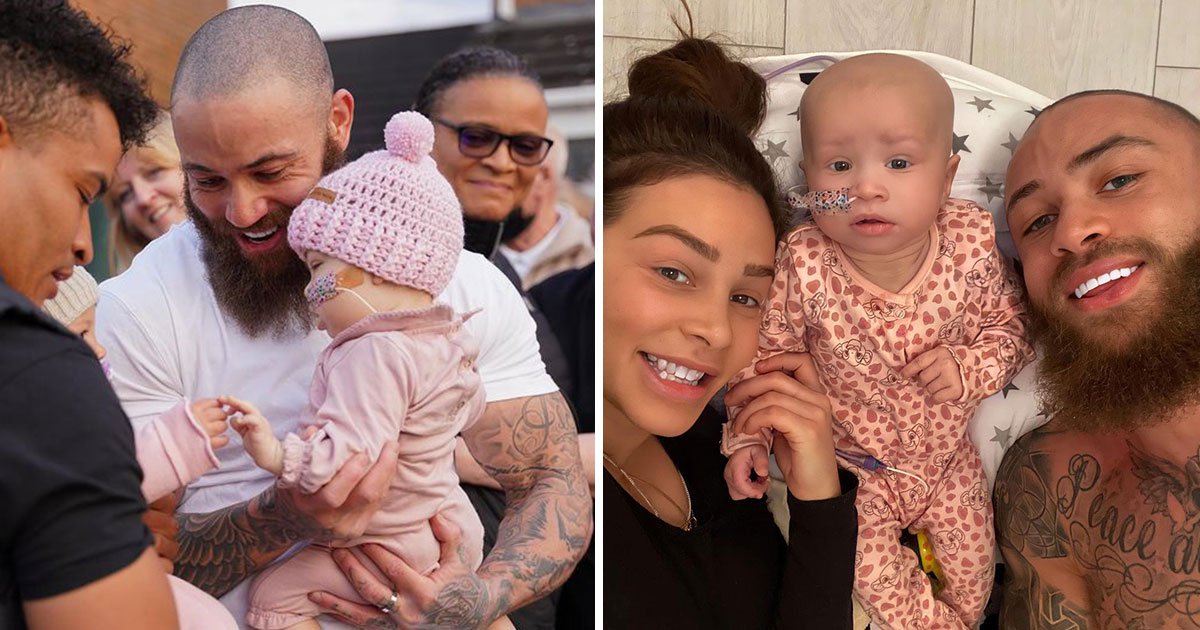 Ashley Cain has thanked people for their outpouring of support following the death of his baby daughter Azaylia from acute myeloid leukaemia (AML) in April.

The Ex On The Beach star said it was ‘difficult to talk’ after Azaylia’s death but said the love and support he and girlfriend Safiyya Vorajee had received was ‘incredible’.

In an emotional message on Instagram he said: ‘I’m finding it very difficult to talk at the moment. But I wanted to say a heartfelt thank you to everyone who is showing us support through this extremely difficult time.

‘The love messages, pictures, videos, etcetera are very warming and the time being taken out of people’s lives to comfort ours, is nothing short of incredible.

‘Thank you. We appreciate every single one of you.’

Azaylia was eight-months-old when she died after battling leukaemia in April.

The couple, who welcomed Azaylia in August 2020, had planned to take her to Singapore for treatment after their fund-raising page hit the £1million mark.

However they were left crushed as doctors in Singapore told them she would not be able to have the treatment as her cancer was too rare.

Donations have now passed the £1.6million mark and Ashley and Safiyya plan to use the money to set up a charity in their daughter’s name.

In a lengthy update on the fundraiser page, they explained that they were using the money ‘positively’, and are also putting some towards her funeral.

‘The amount of money needed for Azaylia’s potential treatment in Singapore was raised in just 24 hours. That money can sadly no longer be used to help Azaylia but we want to make sure it is used positively – and in Azaylia’s name,’ the couple said.

‘After days of emotional yet careful consideration we have decided that, firstly, we would like to use some to give Azaylia a magical and deserving send off – something that we believe you would all want to be a part of,’ the post continued.

‘Secondly, we will use the remaining money to help other children through a new charity we are setting up in Azaylia’s name. She has guided us throughout this process and it only feels right that we continue to use the platform we built together to help those in similar situations.

They have both been open about their struggle with their grief and on Saturday night, Safiyya lit a candle in tribute to her baby, writing on Instagram: ‘Rest in paradise’.

Got a story? If you’ve got a celebrity story, video or pictures get in touch with the Metro.co.uk entertainment team by emailing us [email protected], calling 020 3615 2145 or by visiting our Submit Stuff page – we’d love to hear from you.