A BRITISH man admitted to slitting his OAP mum’s throat before dousing her body in acid and sticking cigarette butts in her genitals, a court heard.

At the start of the murder trial in Portugal, paranoid schizophrenic Louis Yates, 31, said he thought his mother Christine, 68, was the devil and that the CIA had ordered him to hit her “as hard as he could”. 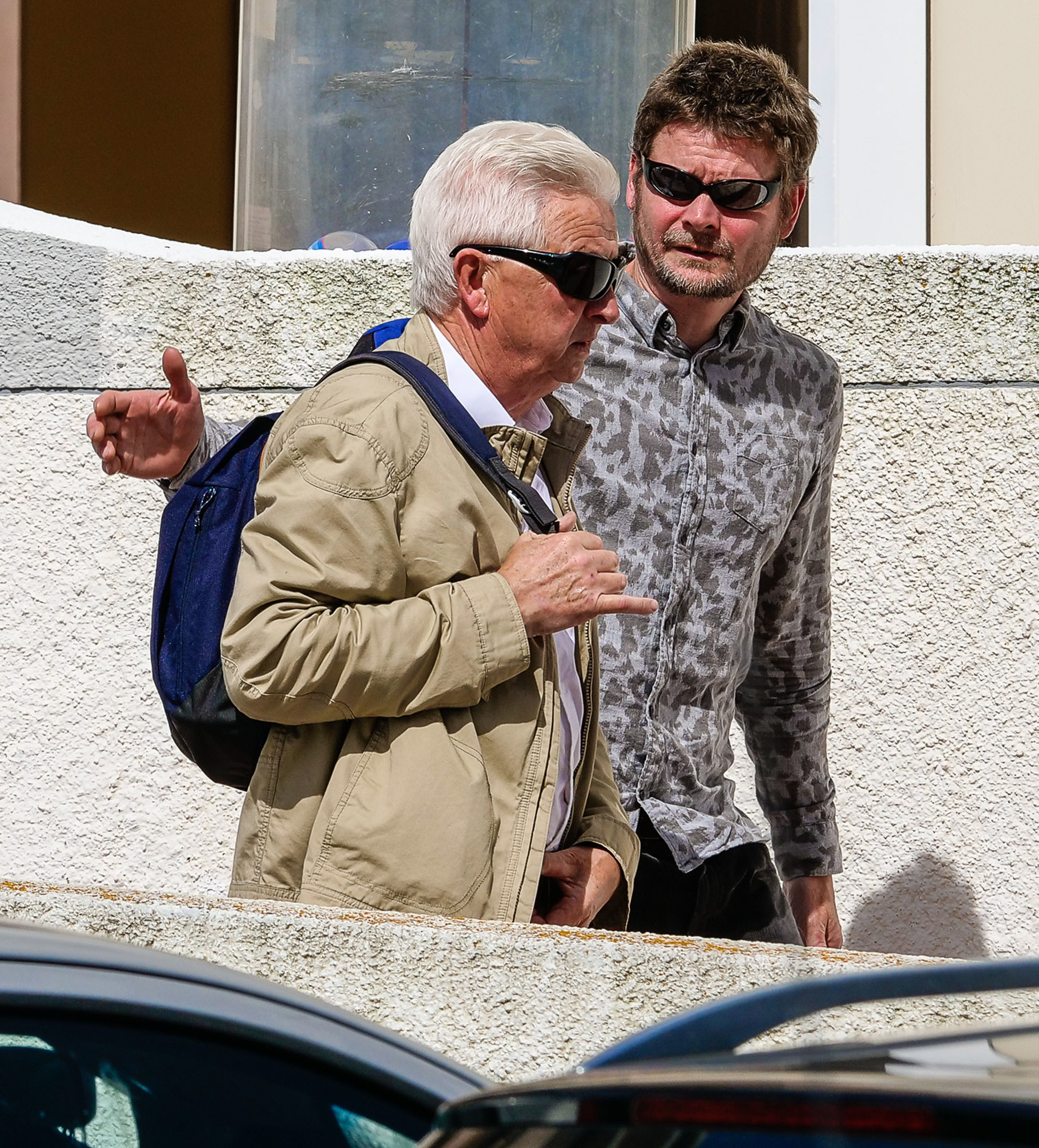 He accused his dad Roger of causing his psychosis by poisoning him with LSD he allegedly put into the water tank of their Algarve home in a rambling speech at a court in Portimao.

Louis told three judges that he now regrets killing his doting mum while high on drugs at their £1.7 million home close to nearby Lagoa.

He told the court he understood what he had done, even though state prosecutors say they believe he should not be held criminally responsible for his actions.

Yates spoke impassively about the murder committed on August 4 last year with his hands by his sides after he was led into the courtroom handcuffed by two police officers.

Cheltenham-born Yates told the lead judge Antonieta Nascimento he now accepted his mum was not the devil.

Asked if he regretted what he had done, he said: “Yes” before adding: “It’s terrible. For many years she was my best friend.”

KILLED BY HER OWN SON

The self-confessed killer’s older brother Anthony, a 51-year-old London-based economist, told the court: “It’s difficult to put the impact of what happened into words.

“It has also been difficult learning the exact details of what happened to my mum and trying to get to a point where I don’t think about it anymore.

“I have two young children aged 11 and eight and I worry a lot about them finding out what happened sooner than would be good for them.”

He spoke after his long-haired brother, who wore off-white linen trousers and a white sweatshirt, was taken out of court at his request.

Asked why he had not wanted his mum’s killer present, he added: “I don’t bear my brother ill-will but I am frightened of him.” 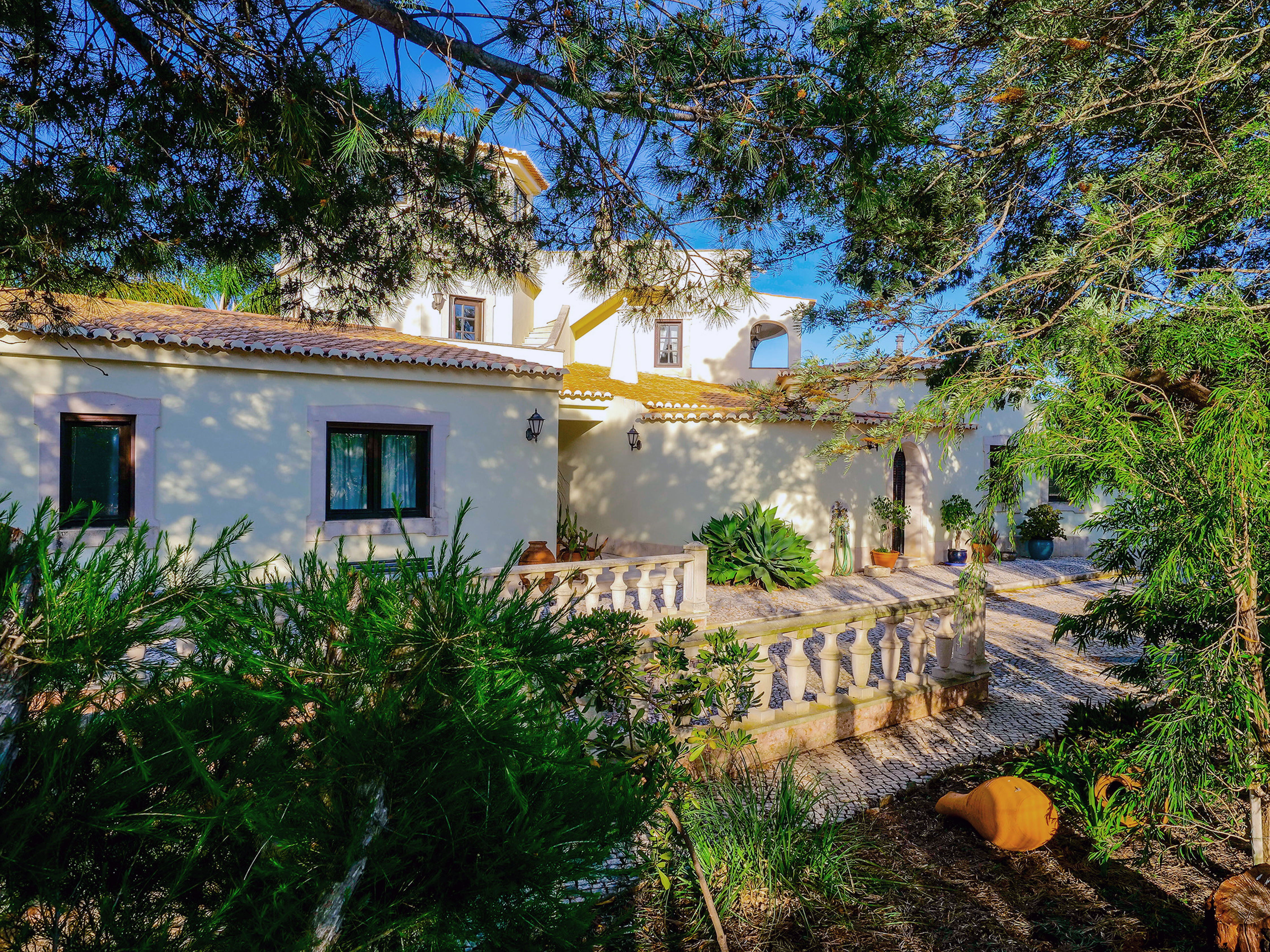 Anthony admitted he knew his brother had mental health issues but said he was not aware of the full extent of his problems.

He is seeking just over £50,000 compensation from his sibling over their mum’s death,

Anthony also told the court her inheritance included the £1m home on the Algarve, a one-bed London flat and “one million euros” in a bank account.

In Christine’s initial will Louis was her sole benefactor unless he was dead at the time of her passing.

She is said to have decided to amend it before being killed so Anthony would have money to look after his brother.

A 14-page prosecution indictment partially read out in court detailed how jobless Louis kicked and punched his mum in the head and body between midday and 3.50pm on the day of her death.

He then grabbed a saw and kitchen knives and cut her throat before defiling her with the cigarette butts and pouring acid over her body.

Portuguese police officer Paulo Ferreira told the court Mrs Yates, who was born in the Merseyside town of St Helens, had so many injuries it was difficult to tell which one had killed her,.

However, prosecutors said in their pre-trial indictment she had bled to death from her neck wounds.

Mr Ferreira also revealed a small oven in the bathroom of her bedroom suite appeared to indicate she took refuge in confined areas of the house for long periods of time.

The murder victim had called cops to the house hours before she was attacked and told them her son had assaulted her and she feared for her life.

But the court heard how the officers left after she said she did no want to go to hospital because she was worried Louis would burn their house down. 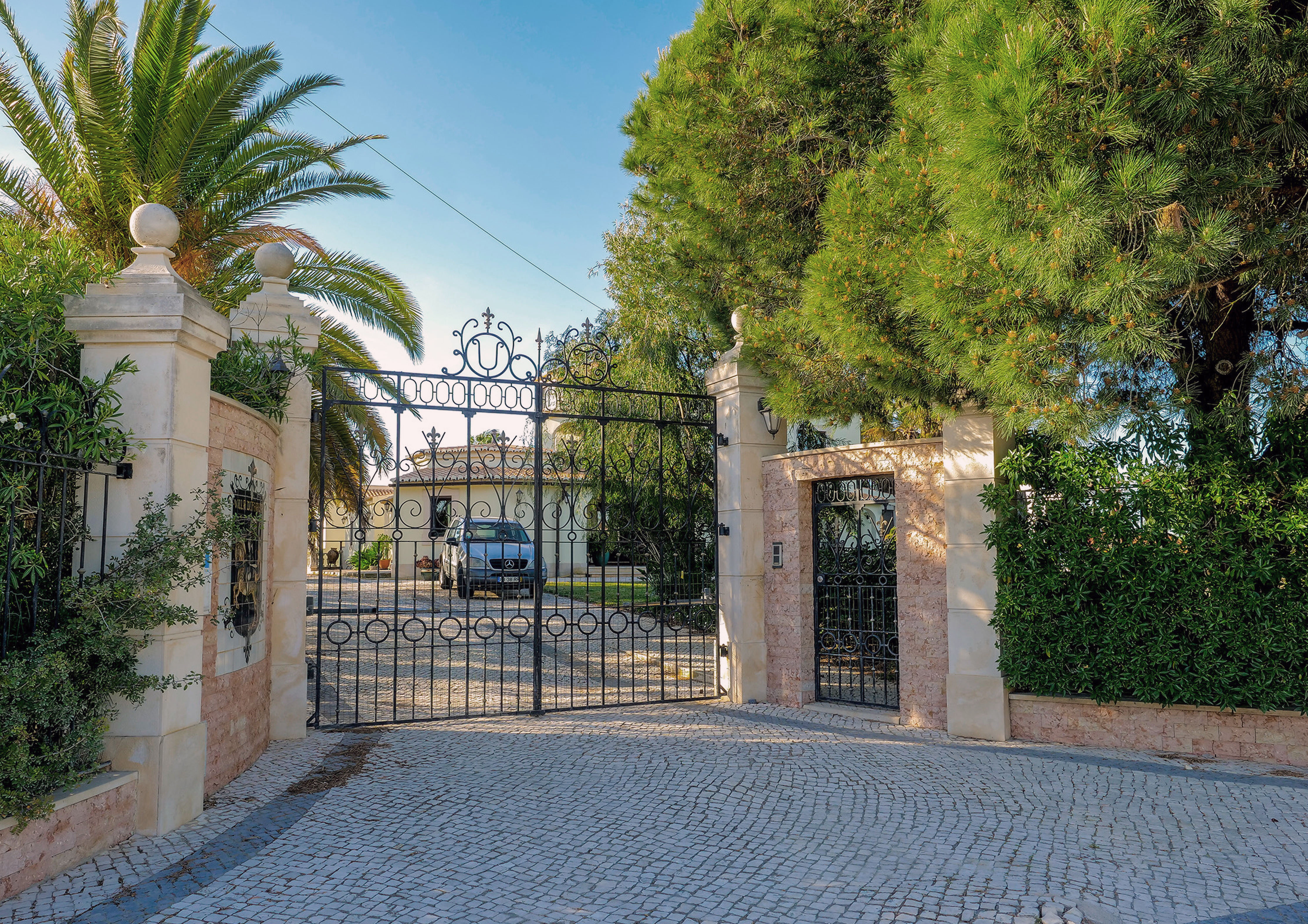 A neighbour called cops after going to the villa later the same day to check on the pair and seeing Christine’s body laying on the ground under the porch a few feet from the spot where her son was smoking and drinking water.

Yates’ treatment in Portugal for long-term mental health problems is understood to have been interrupted when his Portimao Hospital doctor moved to another centre.

The killer told the court his behaviour changed after he took drugs and he had consumed what he believed to be cannabis the day of the murder.

He said he was “instructed by the CIA to hit his mum as hard as he could.”

Robert Geary, a British solicitor who handled the arrangements for Mrs Yates’ estate, told the court she left an inheritance worth £2.6m which included the Delaware firm that owned the Algarve villa.

FATHER OF FRIGHTENED OF SON

Louis’ father Roger, 70, also said he would feel more comfortable if his son was removed from court while he answered questions before saying: “His presence frightens me. I’m intimidated.”

The retired Brit, who split from his wife in 2001 and divorced her around seven years later, said his youngest child had head-butted him while he lived with him in the UK following a previous violent incident in Portugal.

He told the court his son’s problems began when he was around 18 and caused by a combination of “excessive alcohol and powerful skunk cannabis” but he had a “loving relationship” with his mum when he was free of drugs. 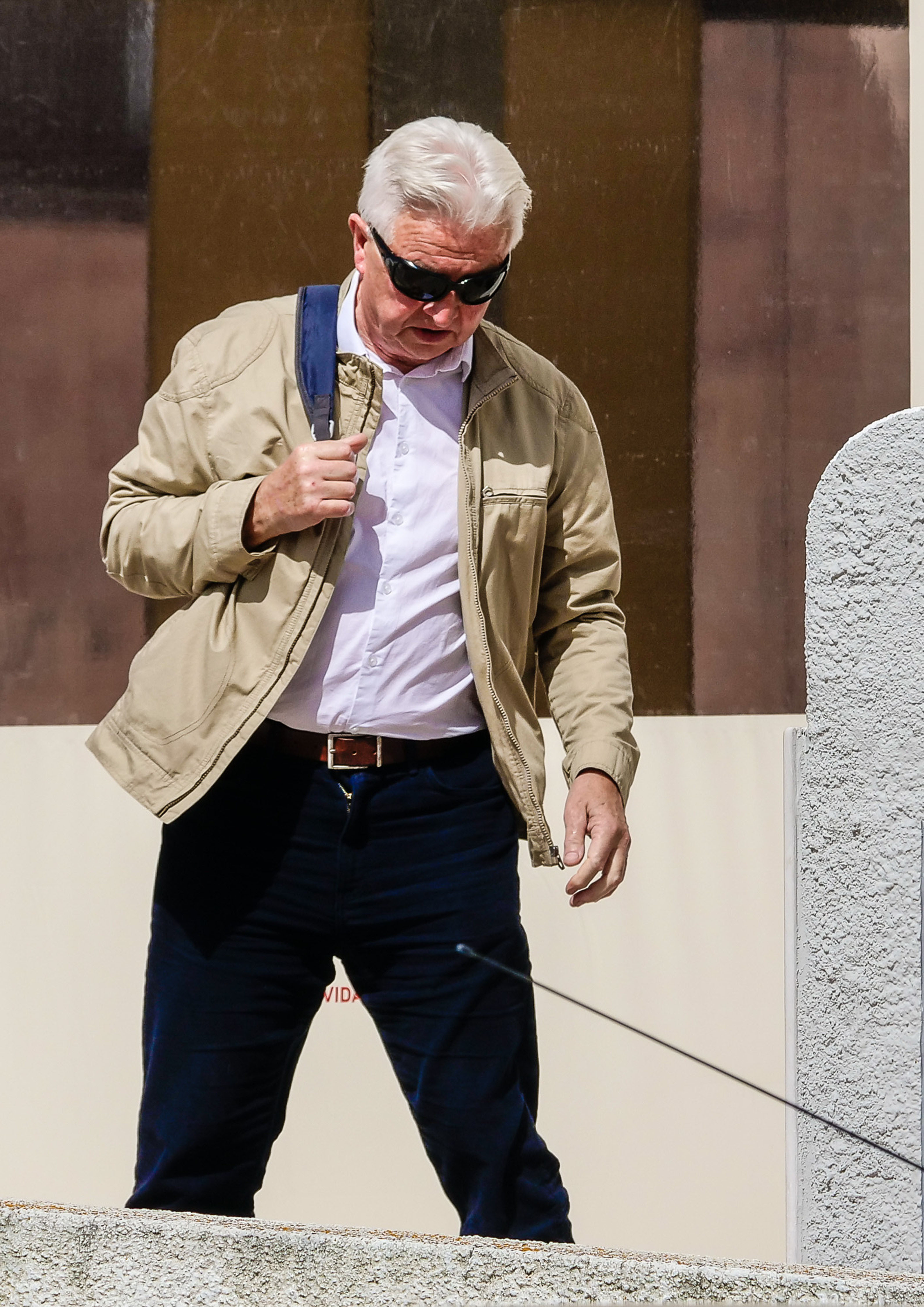 Roger also revealed he had been sectioned at least six times in Portugal since his late teens.

He revealed he had spent a year and a half living with his ex-wife and youngest son at the murder villa until June of last year after his relationship with Christine improved.

Roger said: “I left because Louis began to get aggressive with me and started to have psychosis and paranoia that I was trying to do something bad to him.

“Christine advised me to leave. She thought it wasn’t safe for me to stay in the house but I left on good terms.

“Before I went I had started to lock the bedroom door at night and block it, barricade it just in case.”

Describing his son as someone who was incapable of handling his own life and finances, he added: “Louis went to live for a few weeks on his own in Portimao.

“He had inherited some money from his grandmother and had savings of about £16,000.

“After eight weeks he called and said ‘Dad, my bank card is not working’ and we discovered he had spent the 16,000.

“He bought a powerful motorbike and spent around 8,000 euros on clothes and a few weeks later he sold the bike for just 1,000 euros.”

Despite the murder confession, the court case will continue on June 5.

The three judges will then retire to consider the defendant’s fate and are expected to confirm he should continue at a high-security prison hospital in Lisbon after declaring he is not criminally responsible for his actions.