On last night’s Britain’s Got Talent, Simon Cowell, David Walliams, Amanda Holden and Alesha Dixon were treated to a variety of acts.

The troupe impressed after multiplying before the audience’s eyes, with countless girls emerging from seemingly empty boxes.

They finished the act with a choreographed dance routine and sailed through to the next round.

“I saw the girls coming through thanks to the camera man”

But viewers at home reckon they have uncovered the magic act’s methods – and it’s all because of the BGT camera crew.

One tweeted: “I saw the girls coming through thanks to the camera man.”

Another said: “When the BGT camera angles show precisely how the magic box works.”

A third wrote: “I saw the 4th lady hiding behind the scenery and then running under the curtain.” 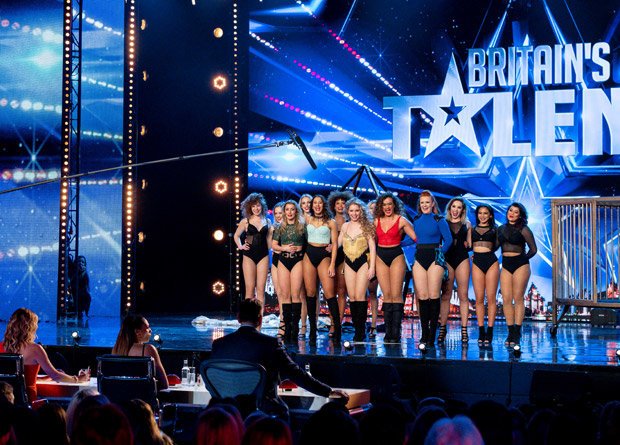 Someone else added: “That’s those magic tricks ruined. It was obvious how they were done.”

While a fifth commented: “You could see how all those girls appeared, it wasn’t very good magic.

“So basically they sold the act on them being pretty and skimpily dressed. I would have buzzed them.”

Angels Inc weren’t the only act to make it past the audition stage last night. 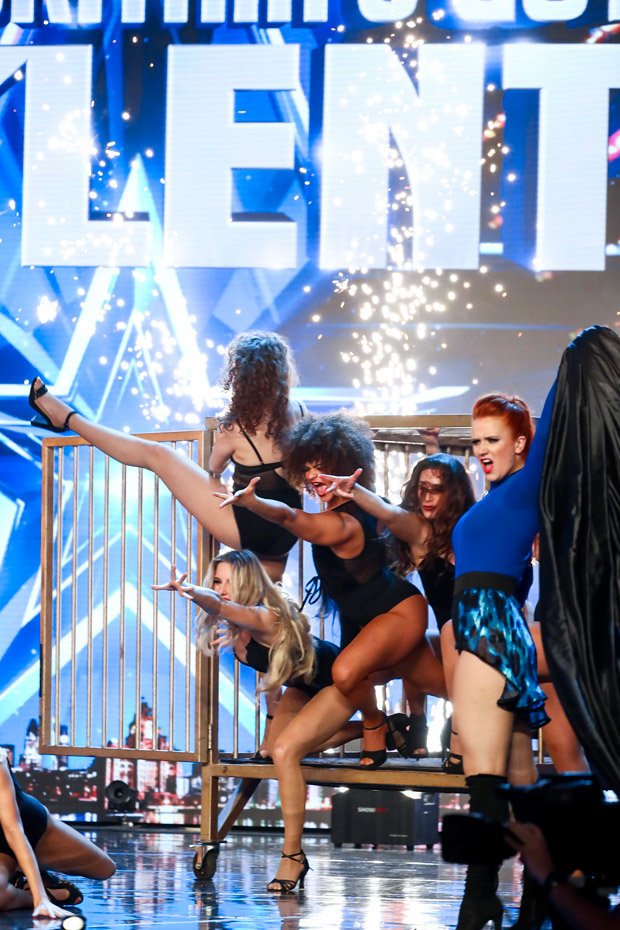 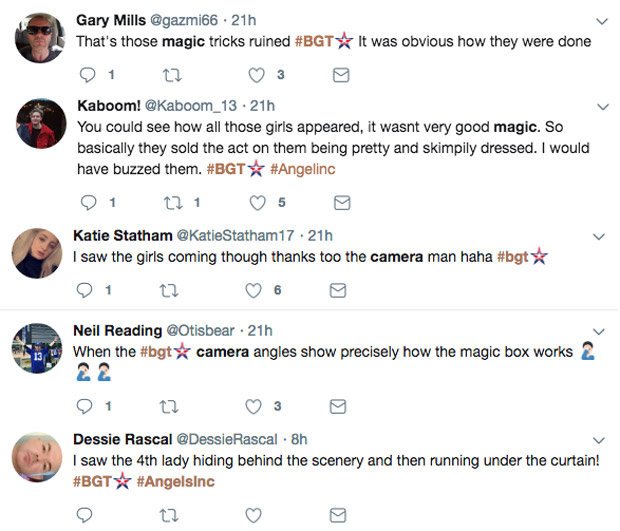 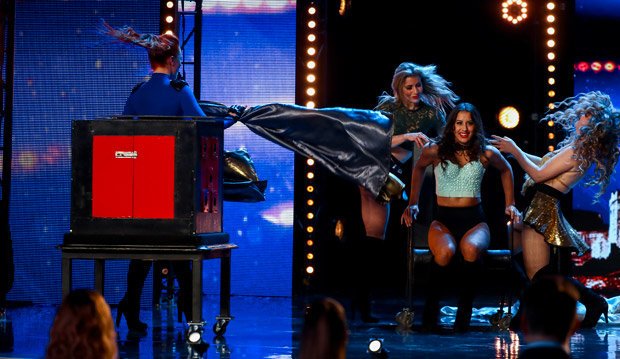