BRITAIN's Got Talent fans were left in tears after a singer performed a touching tribute for his disabled brother and made it through to the next round.

Show boss Simon Cowell became emotional and shook hands with Mark McMullan's mother and brother after he sang an impressive rendition of Bring Him Home from Les Miserables. 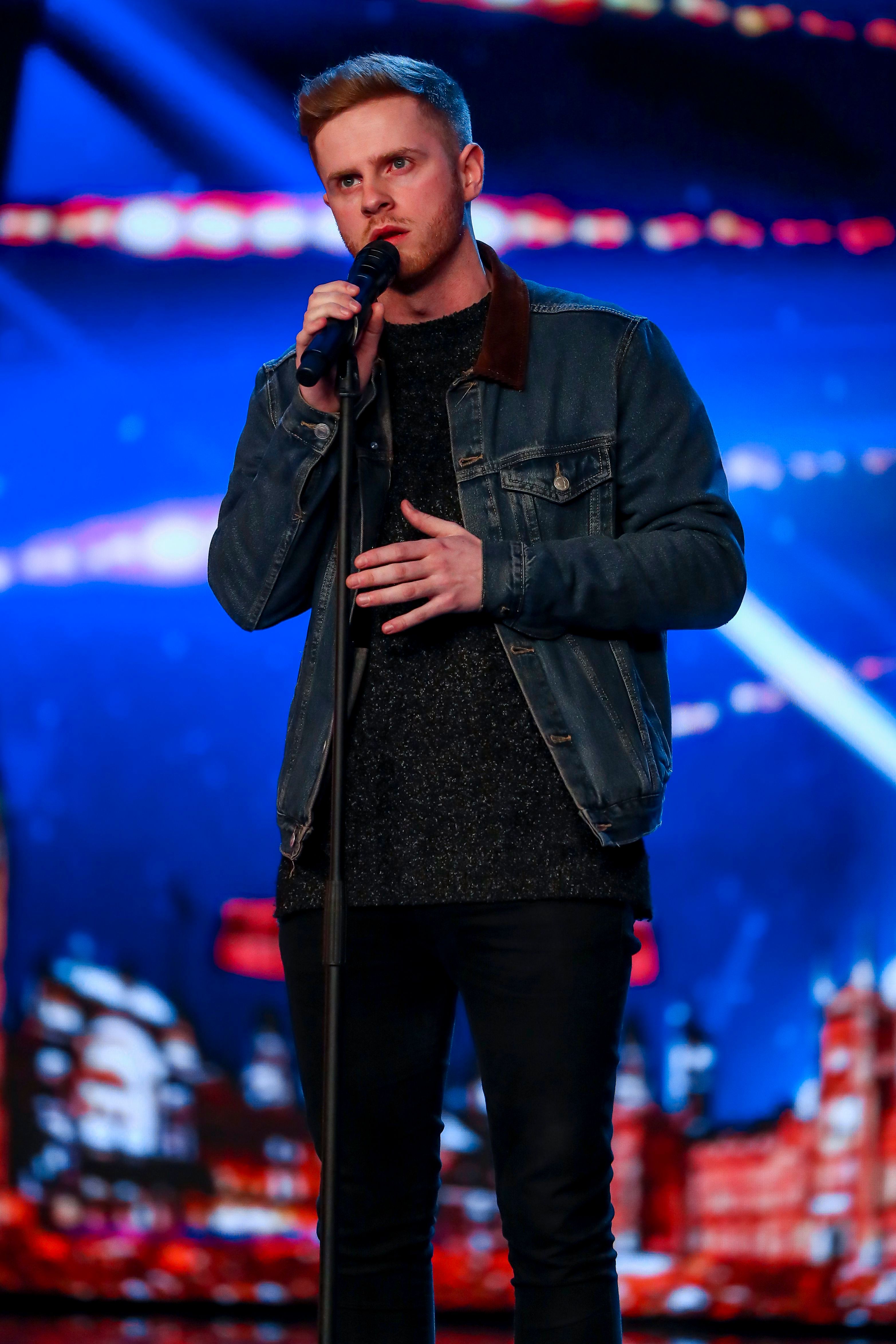 McMullan, who currently lives in Newcastle, said: "Nearly six years ago, my older brother took sick from a brain injury.

"He's here today but he was left with a condition called locked-in syndrome – he's trapped inside his own body, the only thing he can do is hear, so my music became a big comfort for him."

McMullan's performance moved members of the audience to tears and the judges praised him highly for his "poignant" effort.

Amanda Holden said: "You have the most gorgeous tone and quality to your voice; when you listen to the words and you know the background of your story, it just made so much sense and was so much more poignant.

"It was beautifully done." 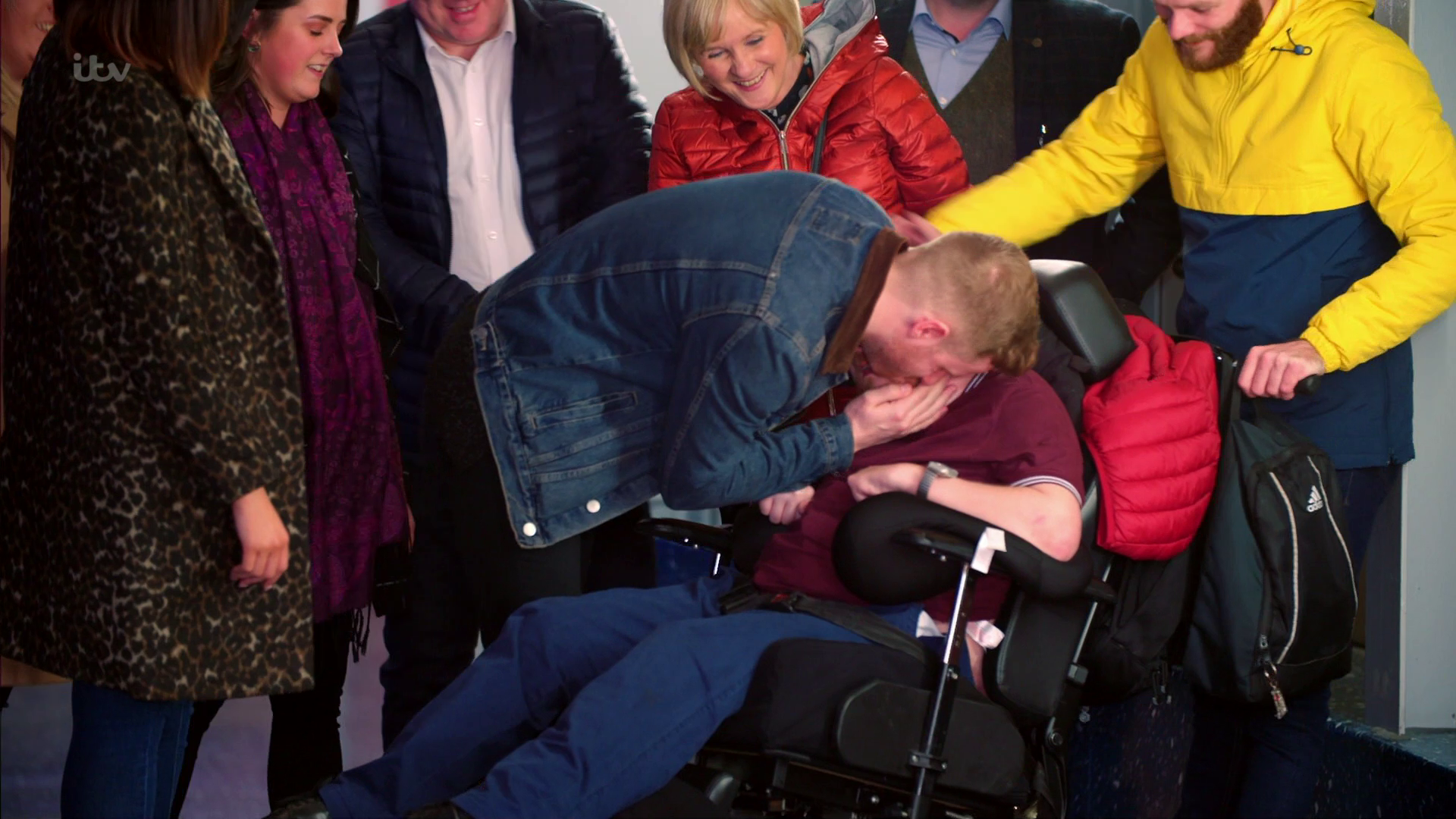 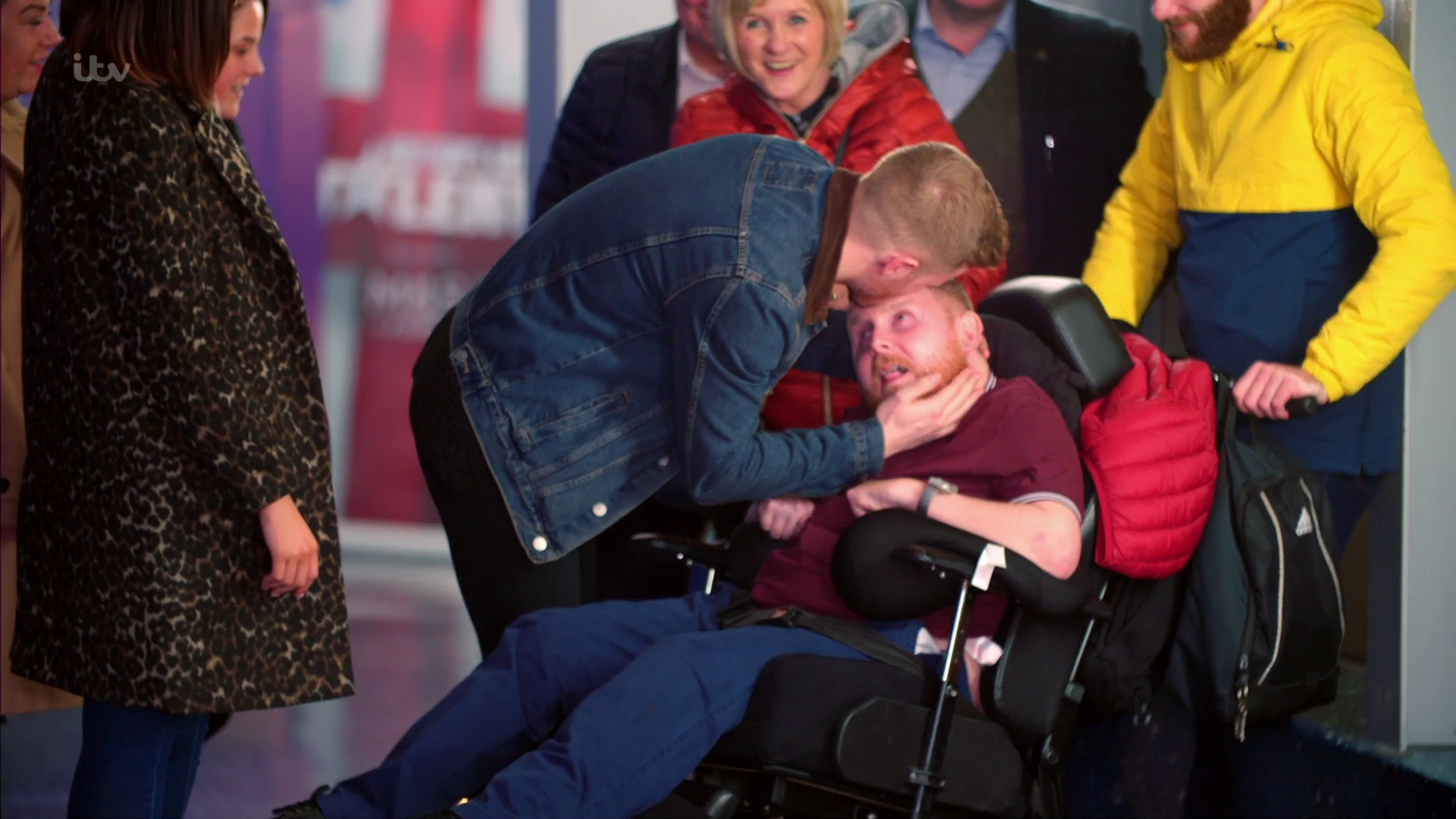 Simon Cowell poured praise on McMullan and added said: "He is lucky to have a brother like you, you brought meaning to that song that I hadn't thought about before.

"You managed to combine a real tenderness with that song with a strength in the second half of the performance."

After the singer left the stage, Simon went down to meet his family and shake hands with his parents.

Viewers at home were overcome with emotion after the powerful performance.

One person said: "Was absolutly beuatiful ❤❤, He sang the every word with passion and Simon had my heart at the end when he spoke to his mam and brother amazing performance." 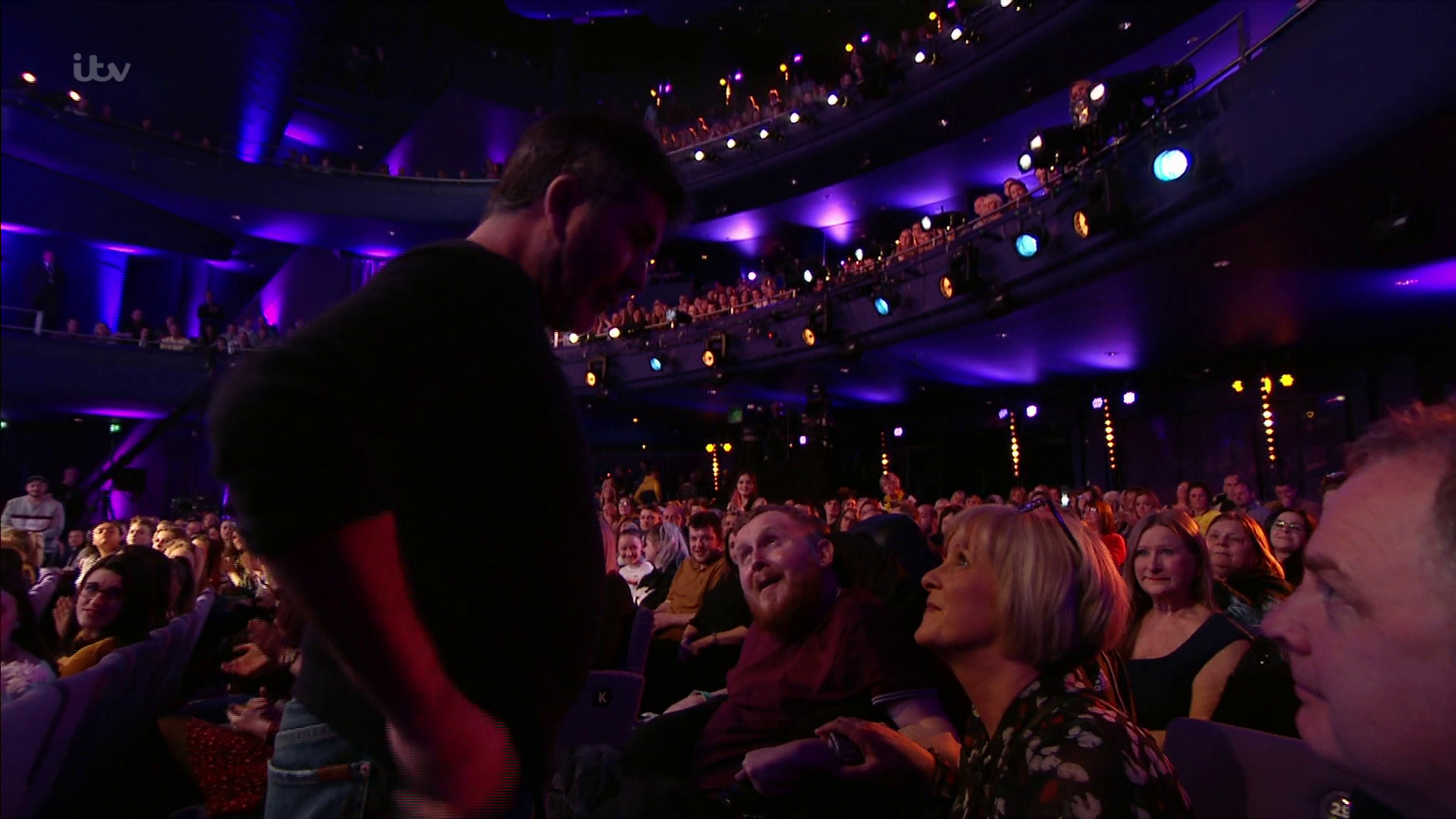 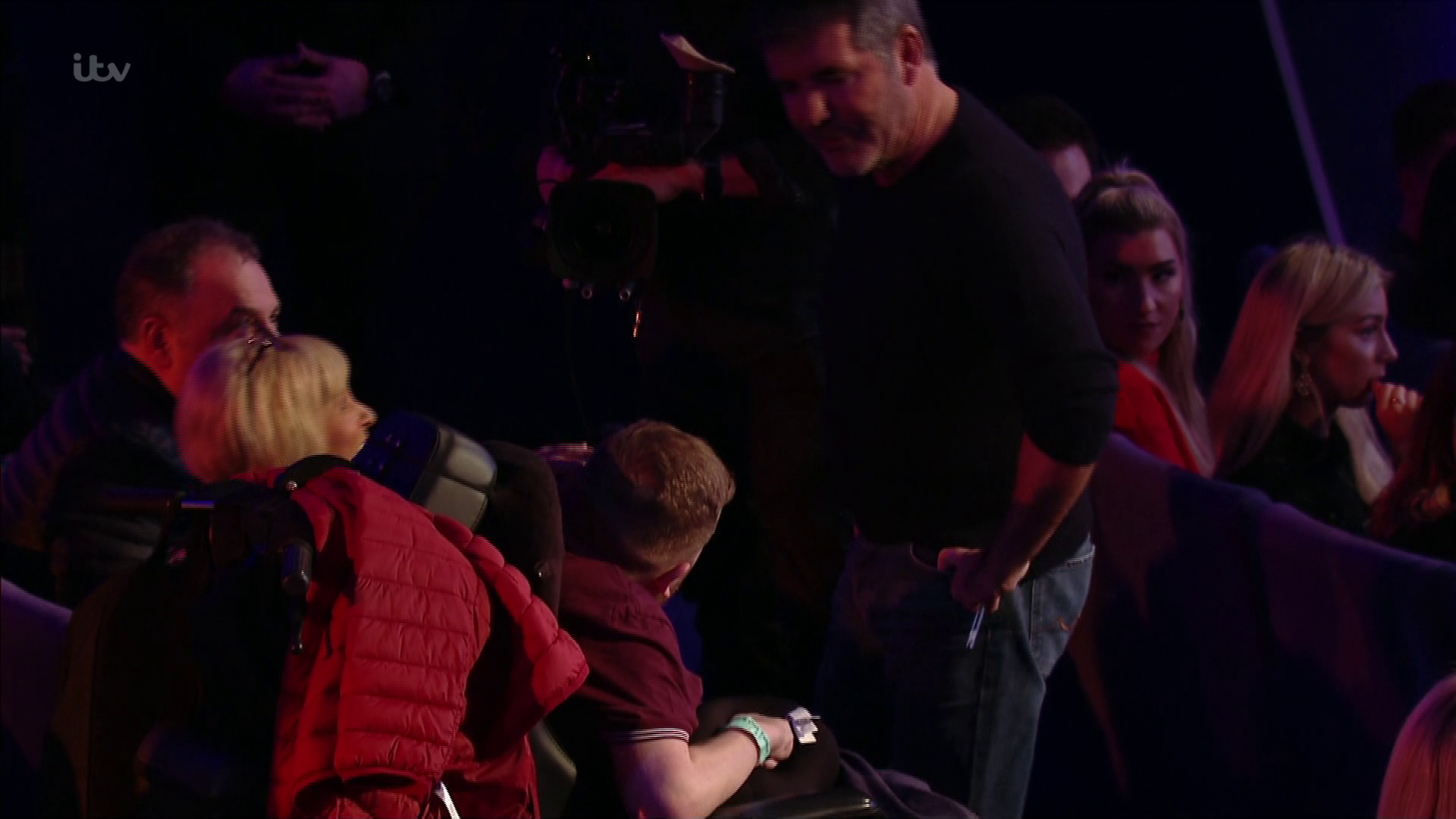 The fifth episode of Britain's Got Talent also saw judge David Walliams being hoisted into the air by a performer's mouth.

Duo Julia and Alex from Coventry and Ukraine – known as A&J – put on an acrobatics display that saw them using a rope to perform dangerous moves in the air.

One of the moves saw Alex positioned upside down with a rope in his mouth as Julia hung onto it, spinning freely high above the stage.

Walliams, curious to see if it was possible to do with his heavier weight, was invited to hop on stage and try it himself.

Alex managed to lift Walliams several inches off the stage, much to the judges' amusement.

A&J were given four yeses, sending them through to the next stage of the competition.

There was also a troupe of female dancers and illusionists from the Netherlands, Angels Inc, who made dancers miraculously appear on stage during their powerful routine.