Carrie Underwood just kicked off her Las Vegas residency and looked absolutely stunning in the process!

Carrie Underwood is Las Vegas ready! The country star just kicked off her Las Vegas residency, REFLECTION, an all new production at the Resorts World Theatre, and she looked simply stunning while doing so. As she took the stage for the sold-out show, the 38-year-old rocked a strapless, deep blue, high-slit dress that showed off her incredible gams as she belted out her signature tunes. 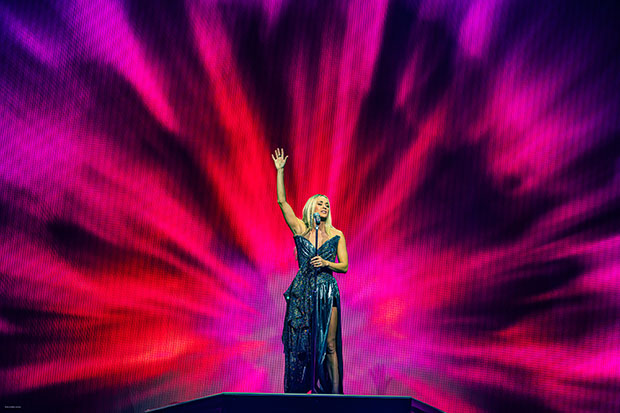 Carrie joins other major pop stars like Britney Spears and Lady Gaga who have done Vegas residencies in the past. This is Carrie’s first rodeo, as it were, and she and her team were also the first to perform at the Resorts World Theatre. “It is very exciting to be the first person to play in this theatre,” Carrie stated in a behind-the-scenes preview of the event. “We’re just excited to get to break it in!” 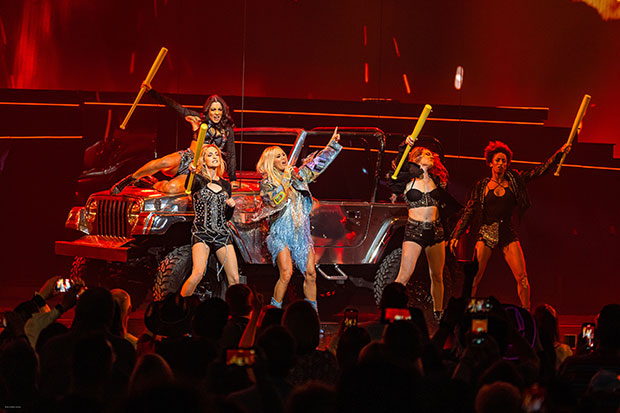 The “If I Didn’t Love You” songstress went on to say there’s something “glitzy and glamour-y about women in country music,” adding how much they love their “rhinestones” and “wardrobe changes.” Carrie certainly held up to that singular standard with numerous outfit changes that showed off her distinct style. In one number, she sported a unique, silver-colored “NASHVEGAS” jacket, bringing the country to the iconic locale. The jacket also had “UNDERWOOD” written at the bottom and featured colorful designs and fringe all across the back. Carrie wore the jacket over a sparkling, light blue fringe dress. 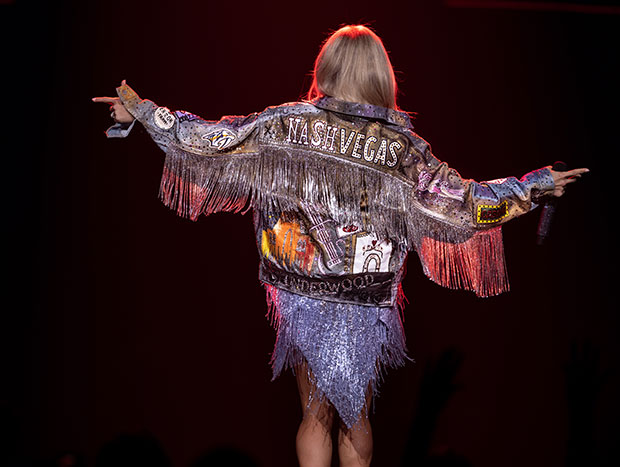 The “Before He Cheats” singer is definitely known for her extraordinary costumes and outfits she dons for performances, events, and red carpet occasions. For NBC’s Christmas in Rockefeller Center event which aired Dec. 1, Carrie took on the pre-taped performance in a spectacular, holiday-inspired look as she belted out “Let There Be Peace.” The mother-of-two wore a wine-colored, ’50s-style dress, with a sequined top part and ruffled, poufy skirt that fell just below her knees. She paired the gorgeous look with similar-colored heels and minimal sparkling jewelry, wearing her bright blonde hair down and lightly curled.