Channing Tatum lost a bet in the best way possible. After failing to beat his girlfriend, singer Jessie J, at a game of Jenga, the actor kept true to the rules of the game and stripped down for the ‘gram. He also posted the picture to his Twitter account.

The image shows Tatum entirely undressed and standing under an outdoor shower. “I lost a game of Jenga to Jessica Cornish,” he wrote in the caption, calling Jessie J by her real name. “The loser (me) had to post a picture the other person (Jessica Cornish) picked… Smh and fml… I’m never playing Jenga with her ever again… 🚿 + 🐰 📸 : @jessiej.”

The image, which has over 3.1 million likes and over 141,000 comments at the time of writing, received a reply from the photographer herself. “Sharing is caring 🔥😍,” Cornish hilariously wrote. Plenty of faces from Hollywood and the fashion set noticed the suggestive photo and had a few words to say.

Below are a few of our favorites: 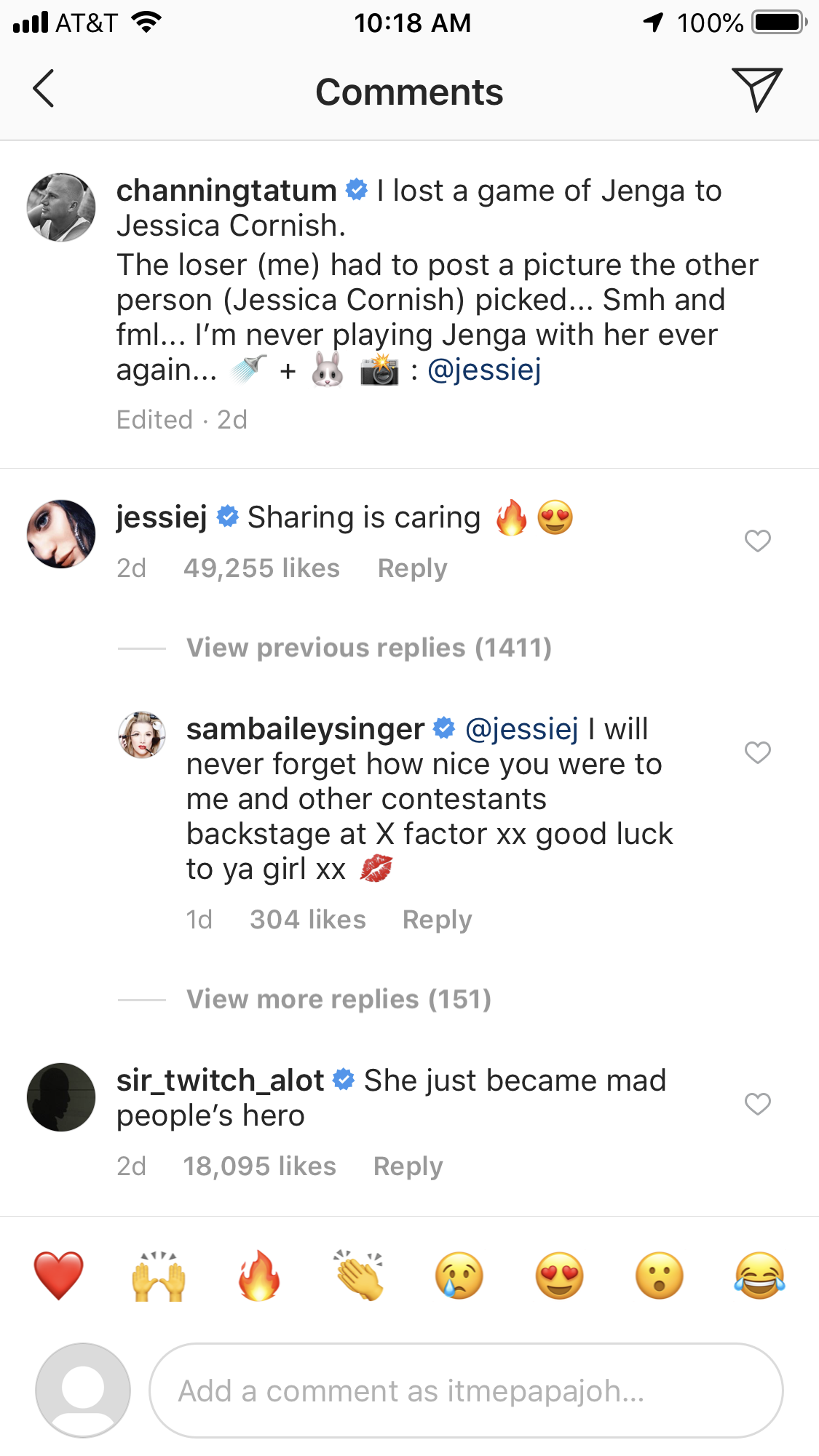 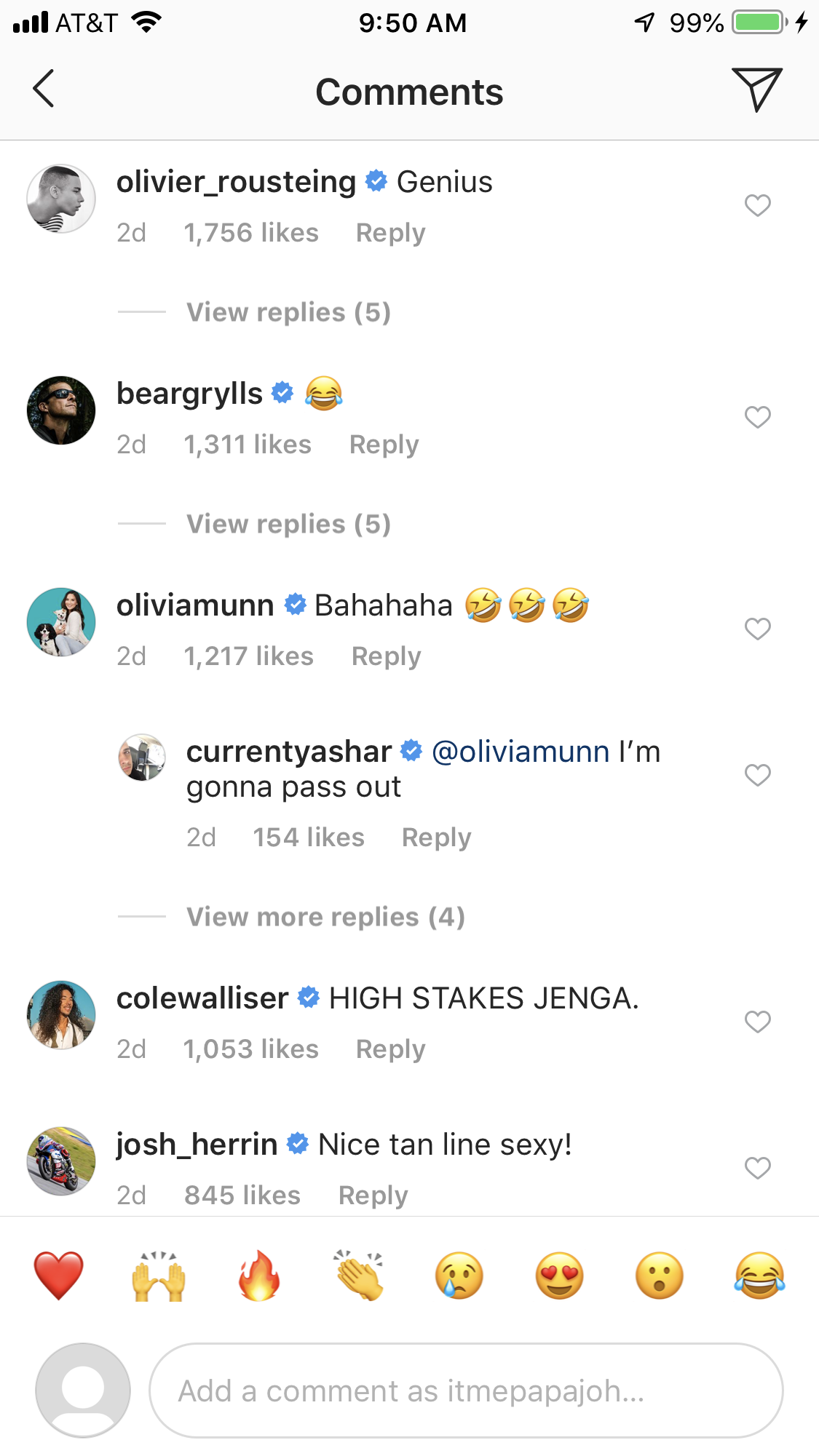 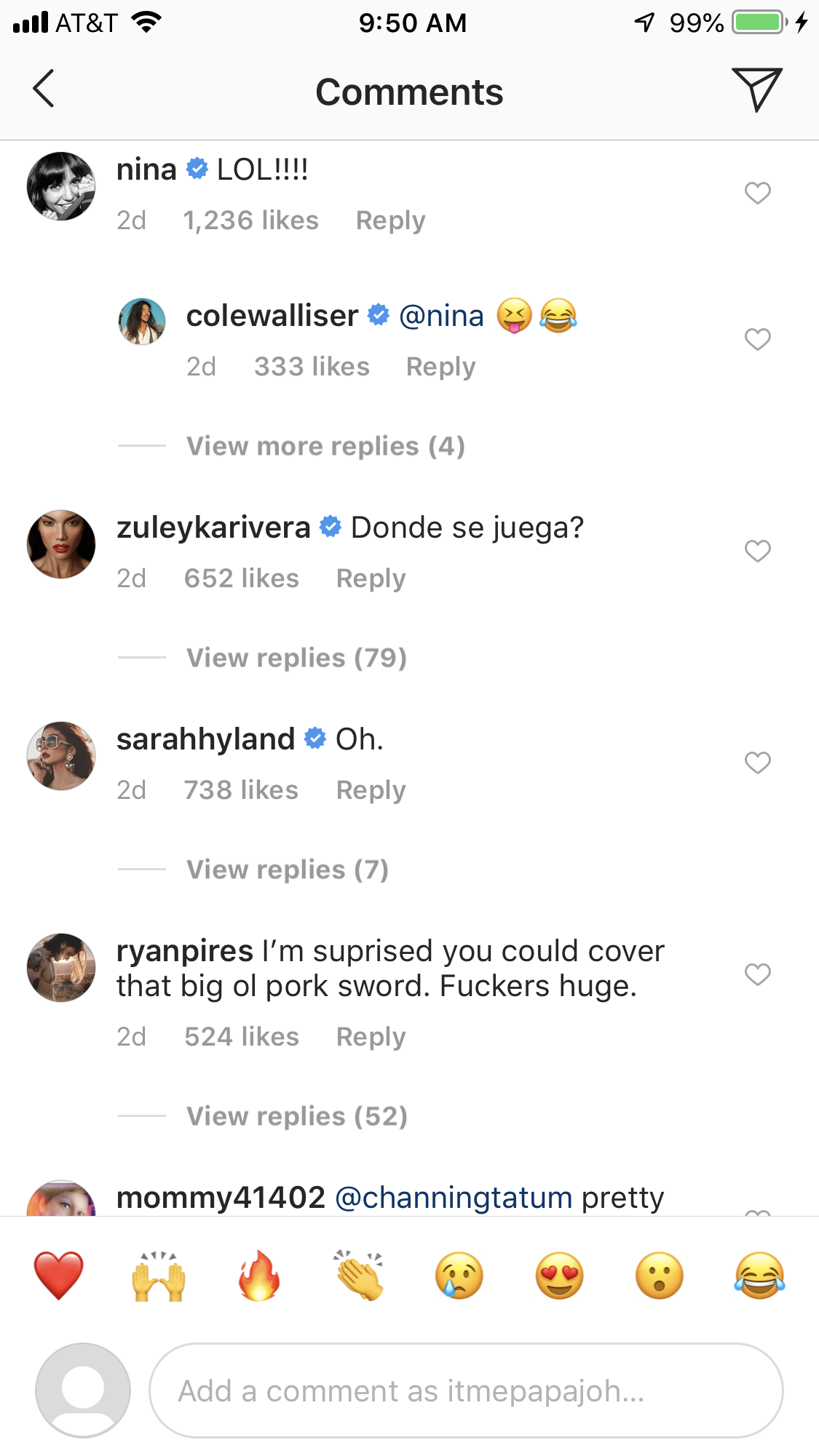 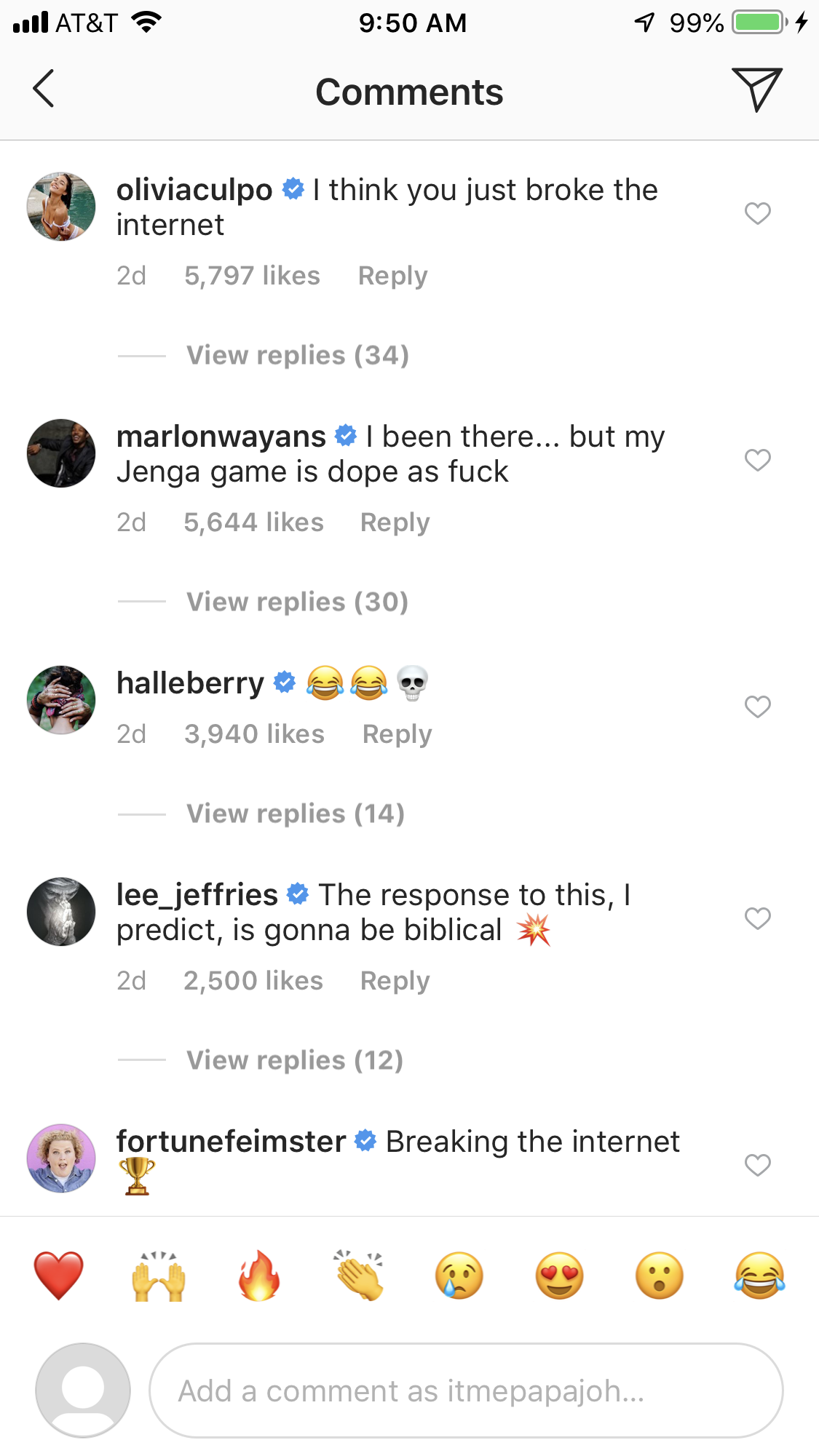 The Instagram account @commentsbycelebs posted one response from actress and Real Housewives of Beverly Hills star Lisa Rinna that perfectly summed up the Internet’s thoughts on the revealing photo. “THANK YOU JESSICA,” Rinna wrote.

Tatum and Cornish were first linked together in October 2018 when Us Weekly reported that Tatum was spotted in the audience at Jessie J’s shows in Seattle and Salt Lake City.