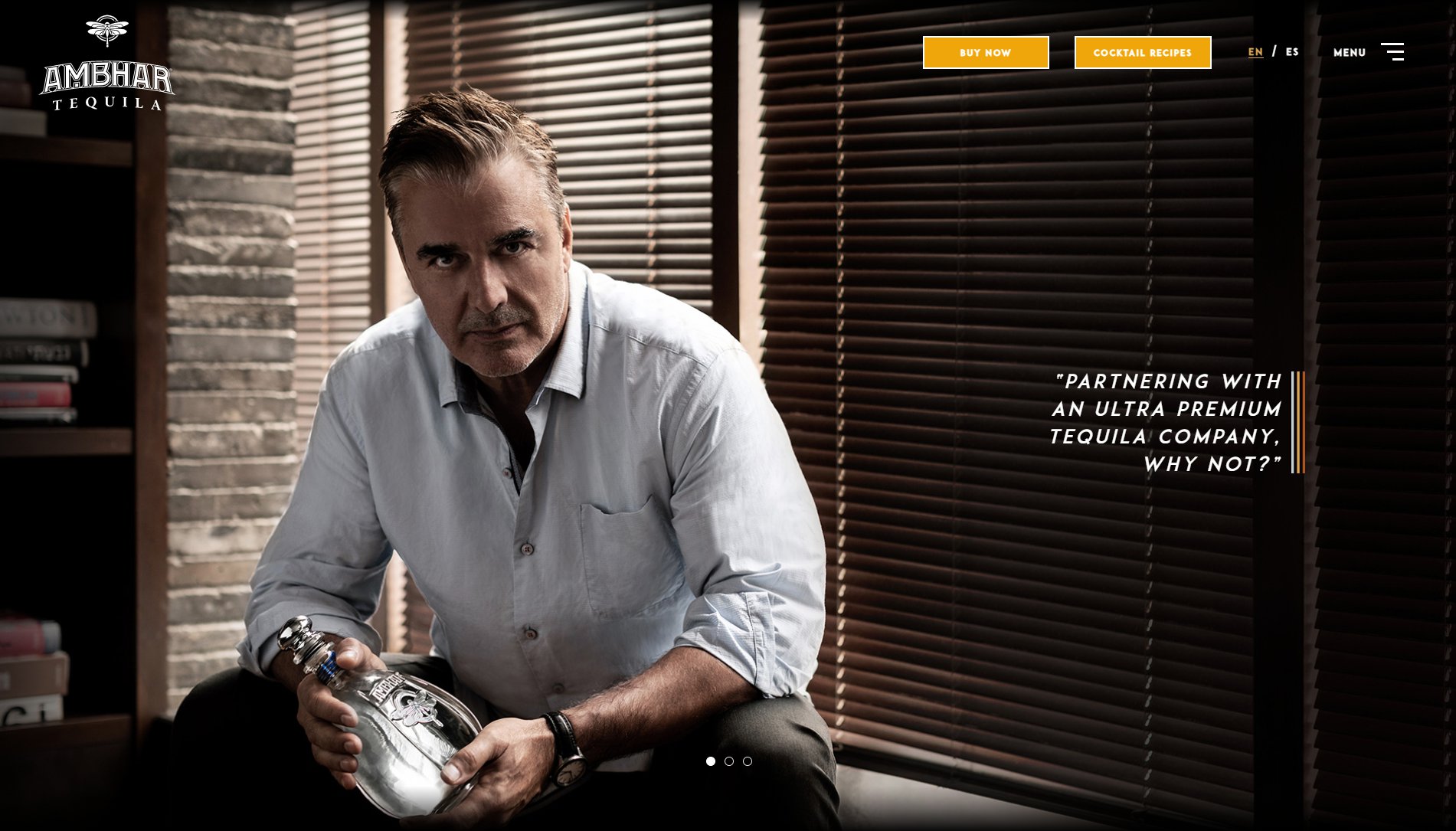 And Just Like That…star Chris Noth has had a deal with his Ambhar tequila brand shelved following rape claims from two women.

The star, who plays Big in the Sex and the City franchise, vehemently denies the allegations raised last week in a piece by The Hollywood Reporter, and insists the interactions were consensual.

However, that’s not stopped Entertainment Arts Research, Inc from taking a $12million deal to buy Ambhar – of which Noth is the face and majority shareholder – off the table off the back of the accusations, as the company’s CEO insisted the claims levelled against the actor ‘must be taken with the utmost seriousness’.

Rubin said in a press release: ‘At this point in time it doesn’t make sense for us to move forward with this deal in light of the claims, which must be taken with the utmost seriousness.

‘That said, we continue to be on the lookout for spirits brands that fit EARI’s ethos of social responsibility.’

It followed the Board of Entertainment Arts Research Inc. filing to terminate all further discussions relating to the acquisition of the brand on December 17.

In September 2018 Ambhar announced Noth had acquired majority ownership of the tequila brand, which produces the artisan spirit made in small batches from 100% blue agave.

At time of writing, Ambhar’s website also appeared to be taken offline, with the domain available to purchase, despite a Google cache search showing it previously linked to the brand.

Neither Ambhar nor Noth have publicly addressed the shelved deal.

It comes after the actor was dropped by his talent agency less than three months after signing with them in October 2021.

The star was let go by A3 Artists Agency on Friday, with a spokesperson telling Metro.co.uk: ‘I can confirm that Chris Noth is no longer a client.’

This decision followed the recent publication of two separate allegations of sexual assault in 2004 and 2015 towards the 67-year-old actor, who enjoyed a headline-grabbing return to Sex and the City spin-off And Just Like That earlier in December.

The two women spoke to The Hollywood Reporter using pseudonyms to protect their identities.

The star has vehemently denied the claims as ‘categorically false’.

One – going by the name Zoe – is now 40 and said that she was 22 when she met Noth while working at a company that had high-profile celebrities as clients.

She claimed that Noth, who was 49 at the time, invited her to his apartment in a West Hollywood building where he allegedly moved her toward the bed, pulled off her shorts and began to rape her.

The second accuser, going by the name of Lily, was a server in the VIP section of former New York nightclub No.8 in 2015 when she allegedly met Noth.

After Noth allegedly invited her to his Greenwich Village apartment to sample his collection of whiskeys, she alleged he tried to kiss her which she ‘cautiously entertained’, but he became increasingly persistent. After leaving his apartment, Lily told her friend he had ‘forcibly’ had sex with her, but she refused to go to the police.

In a statement sent to Metro.co.uk in response to the allegations, Noth said: ‘The accusations against me made by individuals I met years, even decades, ago are categorically false.

‘These stories could’ve been from 30 years ago or 30 days ago — no always means no — that is a line I did not cross. The encounters were consensual. It’s difficult not to question the timing of these stories coming out.’

He added: ‘I don’t know for certain why they are surfacing now, but I do know this: I did not assault these women.’

Metro.co.uk contacted reps for Noth and Ambhar for further comment.