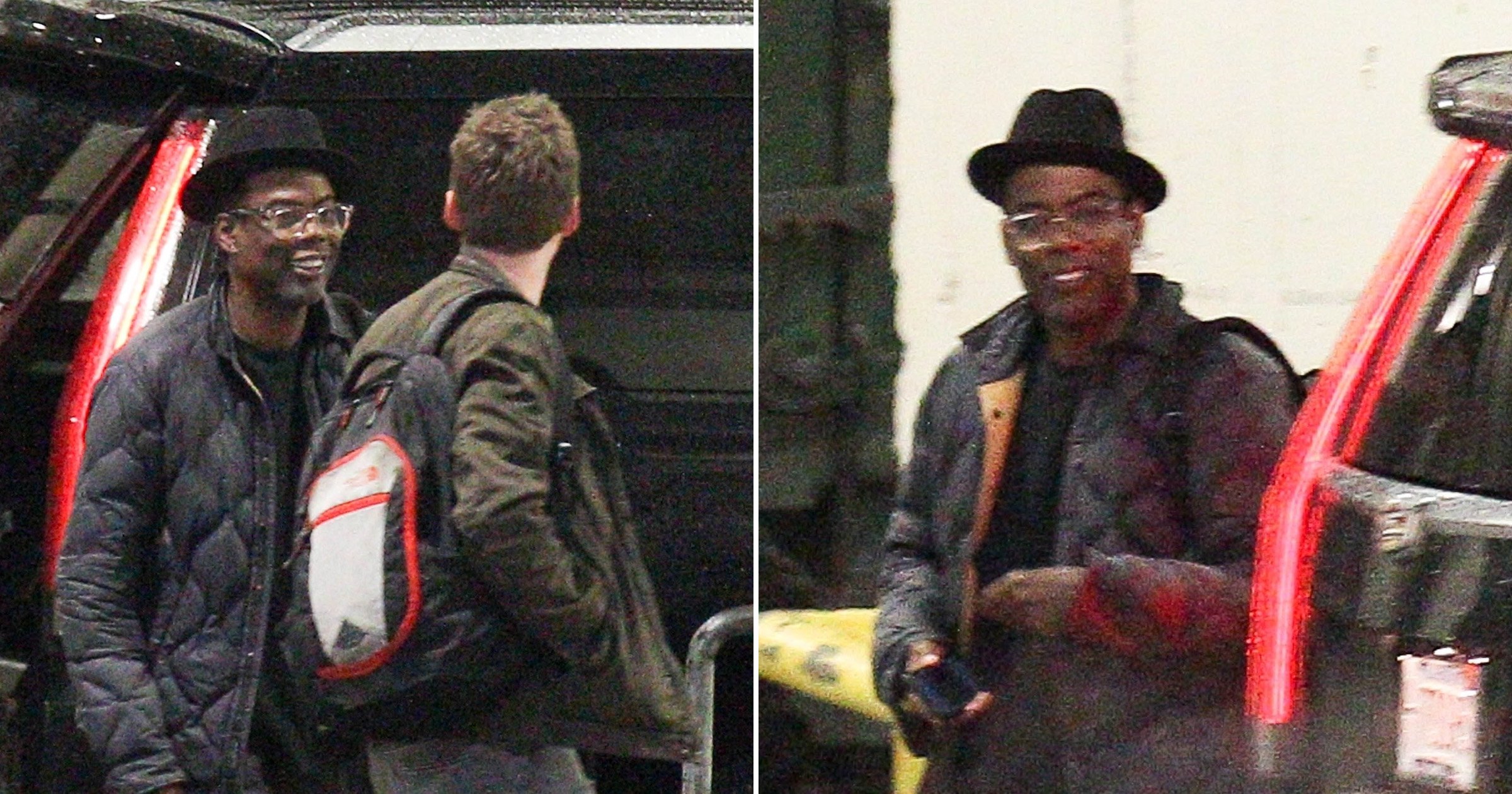 Chris Rock has been spotted smiling after leaving his comedy show in Boston, hours before Will Smith resigned from the Academy.

The comedian is about to kick off his world tour and was seen looking in very good spirits following his second initial show at The Wilbur Theater in Boston.

Donning jeans and a coat to keep warm, the 57-year-old comedian also sported a hat and glasses as he chatted to a friend following his second show on Thursday night.

At the first show, Rock broke his silence after King Richard actor Smith, 53, slapped him onstage at the 2022 Oscars following his joke about Jada Pinkett Smith’s hair.

While addressing the audience at his show in Boston, he said: ‘How was your weekend?,’ with CNN’s Elizabeth Joseph saying that he had ‘tears in his eyes’ as he told his fans: ‘Let me be all misty.’

Rock said that he didn’t have a ‘bunch’ of things to say about what occurred, ‘so if you came to hear that, I have a whole show I wrote before this weekend’.

He said that he would talk about what happened ‘at some point’, adding: ‘And it will be serious and funny.’

Rock was reportedly given a standing ovation by the audience before beginning his set.

Following the shocking incident at the Oscars, Smith, who had previously apologised in a public statement, has resigned from the Academy.

He told Variety in a statement: ‘The list of those I have hurt is long and includes Chris, his family, many of my dear friends and loved ones, all those in attendance, and global audiences at home.

‘I betrayed the trust of the Academy. I deprived other nominees and winners of their opportunity to celebrate and be celebrated for their extraordinary work. I am heartbroken.’

He added: ‘I want to put the focus back on those who deserve attention for their achievements and allow the Academy to get back to the incredible work it does to support creativity and artistry in film.’

Smith concluded: ‘Change takes time and I am committed to doing the work to ensure that I never again allow violence to overtake reason.’

The actor had walked up on stage and slapped Chris in the middle of the show, before yelling ‘Get my wife’s name out your f**king mouth’.

Shortly after the incident, Smith was awarded an Oscar for his role in King Richard and allowed to make a six-minute speech.

There had been intense scrutiny over the decision to let the actor remain at the Dolby Theatre for the rest of the ceremony on Sunday, and collect his best actor Oscar shortly after.