CHRISTOPHER STEVENS REVIEWS LAST NIGHT’S TV: It’s a ten for Strictly’s Len as his nimble memory is put to the test

Can I Improve My Memory?

Warning: You are about to learn something dangerous you cannot erase from your brain.

It’s a foolproof trick for fixing people’s names in your mind. And as the five celebs on Can I Improve My Memory? (C4) discovered, it’s laughably easy . . . quite literally.

All you do is invent a ludicrous pun on the name, and visualise it being acted out. The ruder, the better.

As an example, a memory expert held up a photo of a woman called Lucy, and suggested we picture her with a ‘loo seat’ round her neck. Nothing can go wrong, unless you call her ‘Toilet-head’.

Many years ago, I learned this technique from a book and was delighted by it. Never again would I suffer the embarrassment of fumbling for a name.

A couple moved in across the street and, as they unpacked the van, introduced themselves as Nick and Wendy.

One morning a week later, seeing them again, I greeted them — perhaps too eagerly. 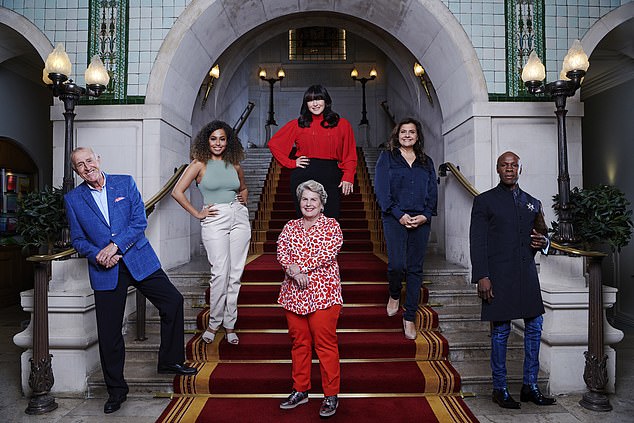 Strictly’s Len Goodman (left) was one of five celebrities on Channel 4’s Can I Improve My Memory?

The bloke clearly couldn’t remember ever speaking to me before. Surprised, he asked how I knew their names. So I explained about the wonderful memory trick.

‘Your wife is Wendy,’ I said, ‘so I imagine the pair of you living in a Wendy house. And then I’m pretending all your furniture is nicked.’

He never spoke to me again. Mind you, I haven’t forgotten their names.

Taken to extremes, this method enables ‘grandmaster of memory’ Ed Cooke to shuffle a deck of cards and memorise their order in 90 seconds. He gave the celebs longer — they had a week to learn hundreds of facts on semi-obscure subjects.

Love Island winner Amber Rose Gill got to grips with British birds, a childish prank by the producers that allowed lots of jokes about ‘great tits’.

The toughest task went to Strictly’s Len Goodman, who had to learn about rap stars of the 1990s.

But he surprised himself, scoring maximum marks as he recited the titles of hits by Notorious B.I.G. and the gang names of the Wu-Tang Clan. ‘My wife’ll pickle her walnuts when I tell her,’ he chortled.

Eubank fared less well but, ineffably elegant as ever and sporting a sheriff’s star on his suit, he declared himself content: ‘It has enabled me to better the way I pronunciate my voice.’

Because viewers haven’t been given weeks to memorise the subjects, the quiz segments don’t work well.

The answers are unguessable: what is the name of Neptune’s fifth moon, what is the highest volcano on Mars called?

Our NHS: A hidden history

Historian David Olusoga was tickling the memories of hospital veterans in Our NHS: A Hidden History (BBC1), as he explored the vital part played by Commonwealth immigrants in establishing the health service.

This one-off documentary did not shy away from the racism faced by some of the arrivals.

But what shone through was their shared commitment to making the NHS a success. 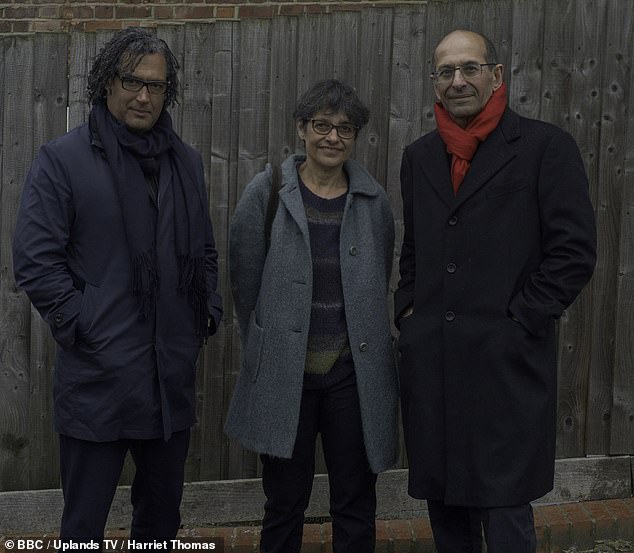 Historian David Olusoga was tickling the memories of hospital veterans in Our NHS: A Hidden History (BBC1), as he explored the vital part played by Commonwealth immigrants in establishing the health service

Prof Olusoga bewailed the ‘brain drain’ of the 1960s that saw many British doctors quit Britain to work elsewhere.

What he neglected to say was that this was directly caused by Labour’s sky-high taxes.

He was better at coaxing subjects to reminisce on the sheer fun of their youth.

Nurse Maire Duckett remembered how she unwound after tough shifts in the 1950s: ‘I went to every blooming dance hall in London!’