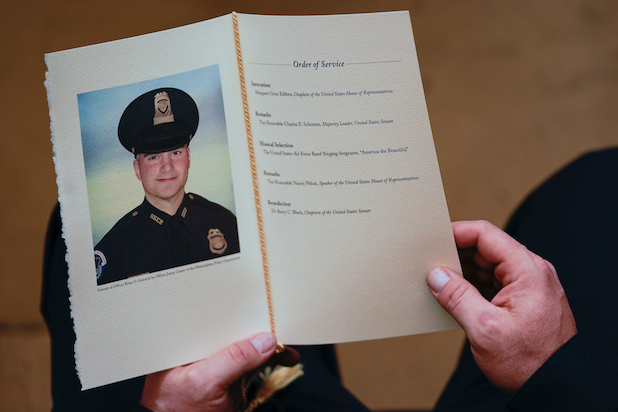 CNN defended its coverage of Capitol Police Officer Brian Sicknick’s Jan. 6 death on Tuesday, saying the new ruling that he died of two strokes “doesn’t change what happened” during the Capitol riot.

Sicknick was on duty on Jan. 6 and defended the Capitol against a horde of then-President Donald Trump’s supporters who stormed the building. Sicknick died that day, as did four others. Footage of him being sprayed with a chemical by some rioters was later released by the New York Times.

The Monday release of the report on his cause of death sparked a conversation about the media’s original framing, with detractors saying the strokes were unrelated to the riot, so tying his death to the insurrection created a false narrative.

Fox News’ Brit Hume shared a Times article about the new report on Tuesday, writing on Twitter, “One would never know from reading this anodyne report that the Times had first reported that Sicknick had been hit on the head with a fire extinguisher and had a gash in his head. That false account was widely quoted in yet another media fiasco.”

Jane Coaston, who hosts “The Argument” for the Times, responded, “It’s weird how this is being parsed out as entirely a media problem and not a ‘law enforcement are known to lie and yet people transcribe what the police say and believe it wholeheartedly’ problem.”

Medical examiner Dr. Francisco J. Diaz indicated in his autopsy findings that the chemical sprayed at Sicknick didn’t kill him, though the riot itself is not blameless: “All that transpired played a role in his condition.”

CNN’s John Berman reacted to that information on air Tuesday morning, saying, “This doesn’t change what happened on January 6.” He added, “This doesn’t change the fact of the insurrection,” though the report was different from “what we suspected at the beginning and over the course of time here.”