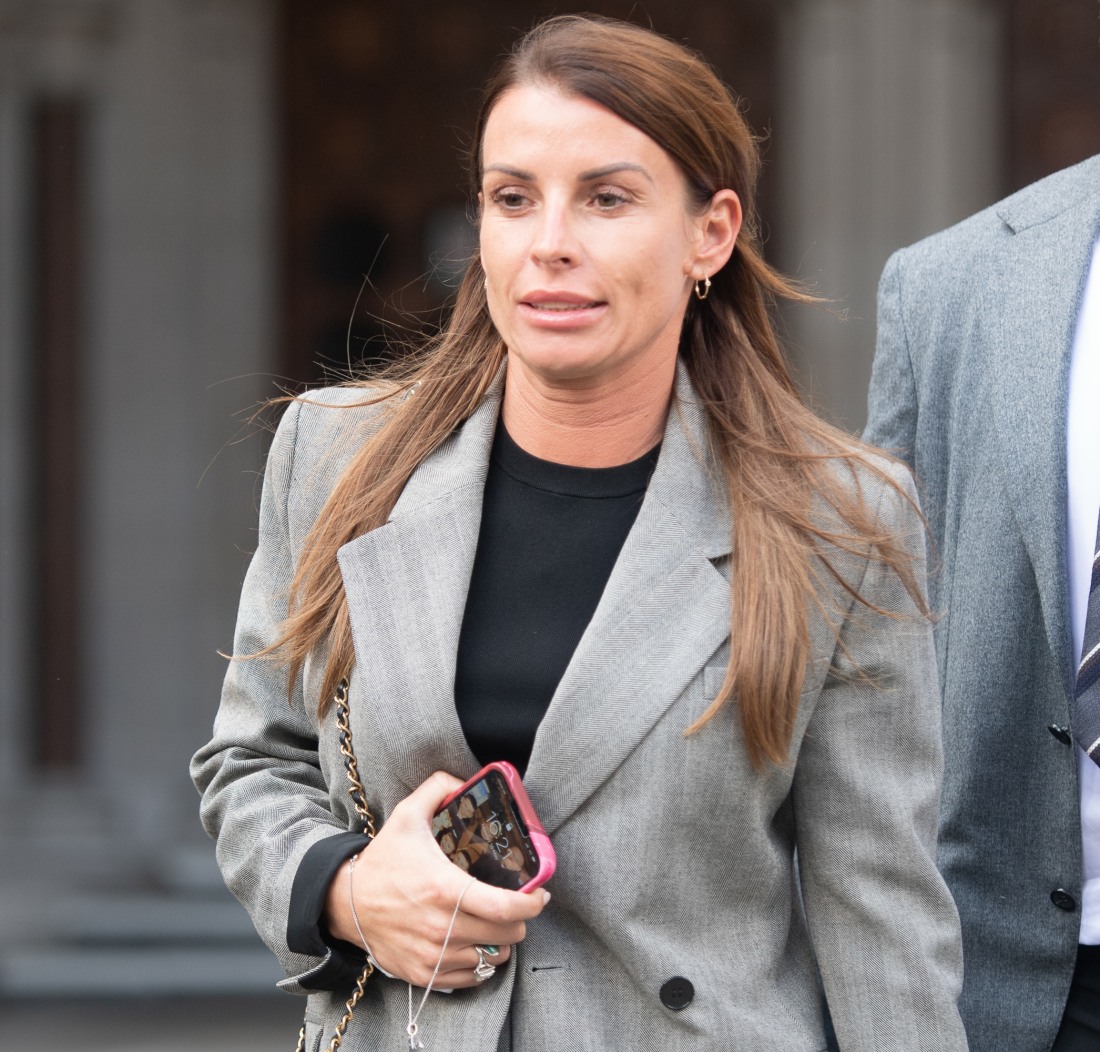 Last week, the verdict finally came in the long-running Wagatha Christie case. To recap, in 2019, Coleen Rooney did a social media post where she described the clever sting operation she ran on her Instagram, trying to figure out which one of her friends was selling information about her to the Sun. The sting operation worked, and Rooney identified Rebekah Vardy as the person who was selling her out. Vardy then decided to sue Rooney for libel/defamation. Rooney tried to convince Vardy that the situation didn’t need to go to trial, but Vardy wouldn’t listen. Vardy lost, and the judge took a very dim view of the fact that Vardy had actively destroyed evidence in the case. Now there’s nothing left to do but pay all of the legal bills. Apparently, Coleen Rooney wants to make sure that Vardy pays for everything.

Coleen Rooney and Rebekah Vardy are set for one last dramatic High Court showdown over who will foot the multi-million-pound bill for their costly ‘Wagatha Christie’ libel battle. Sources close to Mrs Rooney – who won the case last week – last night told The Mail on Sunday she will fight to make sure Mrs Vardy pays the full amount, estimated to be up to £3million.

Usually a winning party will still have to pay about 30 per cent of the costs. But Mrs Rooney’s team claim the judge’s damning judgment that Mrs Vardy did sell stories about her to The Sun newspaper means it is ‘inconceivable’ that she won’t be made to pay the full amount. Mrs Justice Steyn ruled on Friday that Mrs Vardy, 40, and her agent Caroline Watt had leaked stories about Mrs Rooney, wife of ex-England skipper Wayne.

After Mrs Vardy brought legal action, Mrs Rooney, 36, offered her a ‘drop hands’ offer, which meant they would both walk away, paying their own costs. She also suggested they make a charity donation. But Mrs Vardy declined, leading to a costly High Court trial. Now, after her victory, Mrs Rooney wants her rival to pay up.

A source close to Mrs Rooney said: ‘Coleen didn’t want this to happen. She knew the money would be better spent on so many other things but she won’t be letting Rebekah get away with not paying the full costs. She tried to settle this early on but Rebekah wouldn’t have it. And if you look at the outlining of the judgment, it is inconceivable that a judge wouldn’t agree she will pay them in full. Let’s not forget, this action was brought by Rebekah and she lost spectacularly.’

During a preliminary hearing in March last year, the costs were estimated at £1.3million. Now, after the case’s two-week High Court hearing, reports have claimed the total could be £3million.

There is speculation that Mrs Vardy and her husband, Leicester City striker Jamie, may have to sell their Portuguese villa to pay the legal bill.

I love this? I love that Coleen Rooney is making it known that she repeatedly offered Vardy a chance to just walk away, and Vardy was hellbent on making an ass out of herself. This is my kind of pettiness too – now that Vardy has lost so thoroughly, of course she should pay for everything. It’s insane to think Rooney would have to pay out of pocket for any part of this – Vardy was the one selling info about Rooney, and then Vardy brought the lawsuit. Anyway, I hope the Portuguese villa is sold! 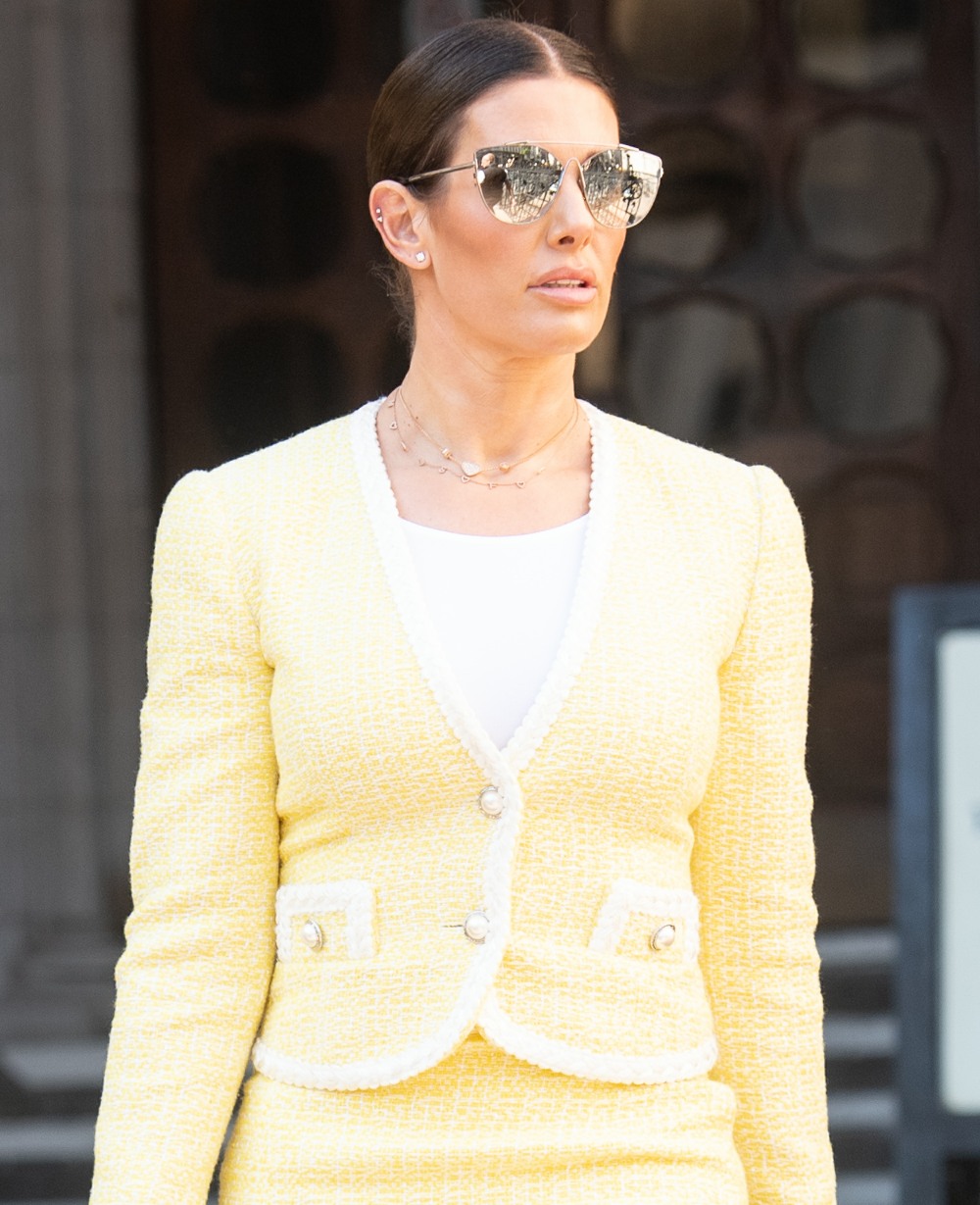 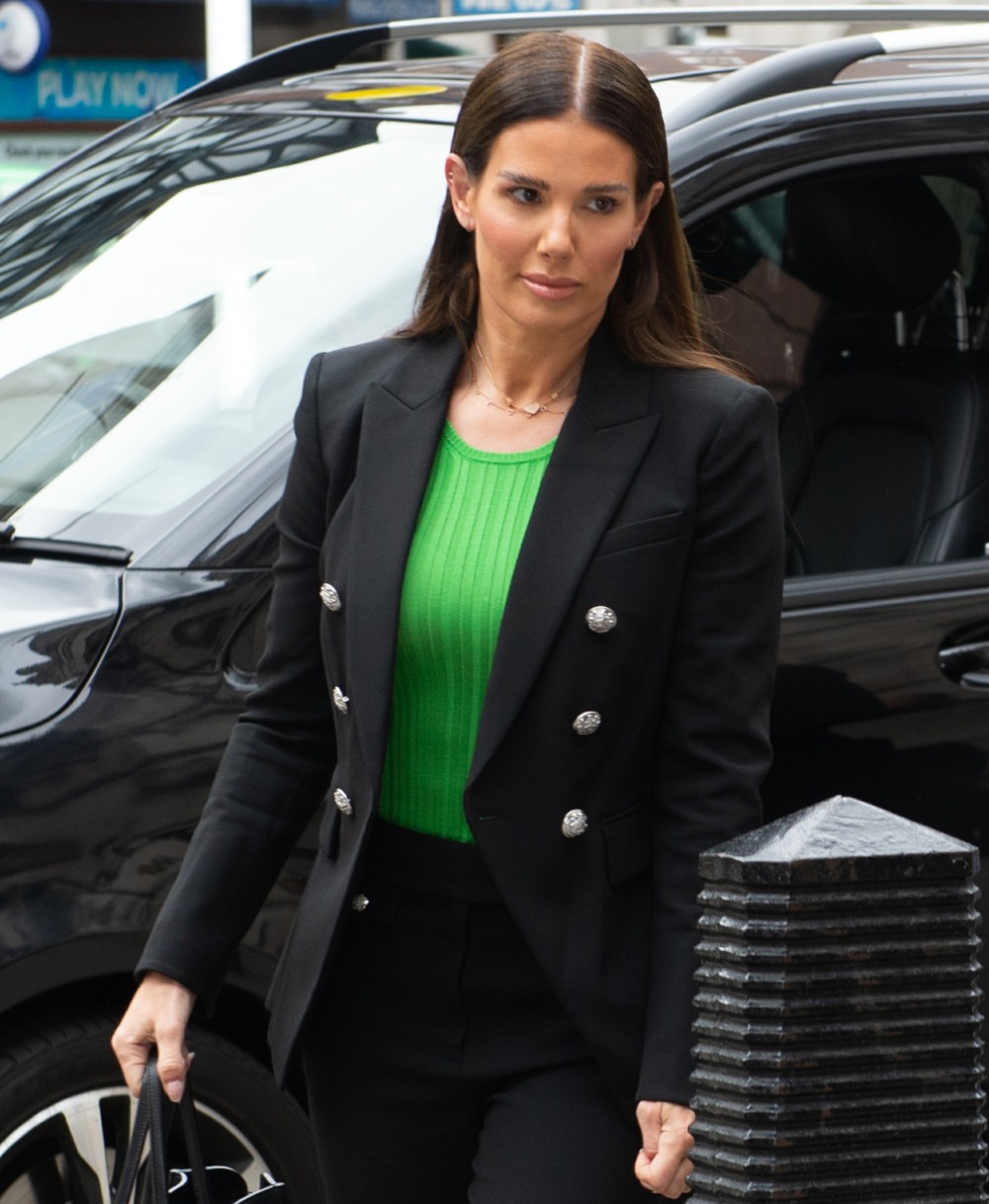