Seb (played by Harry Visinoni) met Alina (Ruxandra Porojnicu) when he met her boss Rachel (Verity Henry) was looking for a builder to fix a washing machine at one of her nail salons away from Coronation Street.

Although it seemed Alina was just one of the technician’s working at the salon, it soon became clear there was more to the picture then met the eye when she recognised Seb’s fellow Grimshaw household lodger Jan Lozinski (Piotr Baumann).

After Seb persistence paid off, the young builder and Alina started to get closer, with the teenager revealing to the nail technician he was living with HIV whereas she has failed to disclose she is embroiled in modern slavery.

Upcoming scenes on the ITV soap will see the young lovers decide to take their relationship to the next level but Alina’s shady behaviour becomes ever more prevalent.

One of the biggest hidden scandals in the UK

Next week, Seb will be confused when he discovers Alina has move to another nail bar and determined not to let their chemistry dampen, the young builder manages to track his new lover down to her new location.

It’s clear the move was not of Alina’s doing as when she’s reunited with Seb, she couldn’t be happier but is obviously showing concern for what her boss Rachel will think.

Hoping they can spend some more time together, Seb decides to stick around and put up some shelving units at the salon.

However, Rachel turns up and isn’t happy to see the two youngsters together, telling Alina to get back to her work station instead of flirting with Seb.

After her shift finishes, Seb invites Alina back to the Grimshaw house and with it clear the spark between the pair is stronger than ever, the young builder asks his new lover to stay over night.

Although she agrees, Alina tells Seb she needs to go and sort some things out and she’ll be back later in the evening. 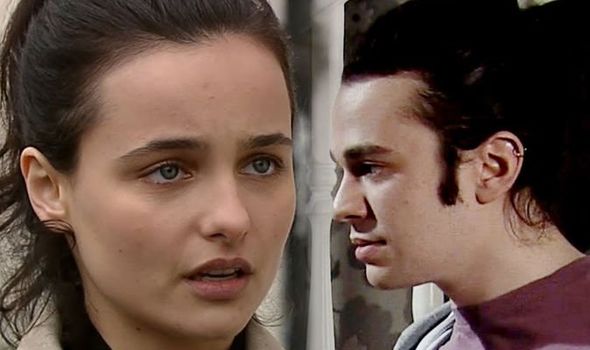 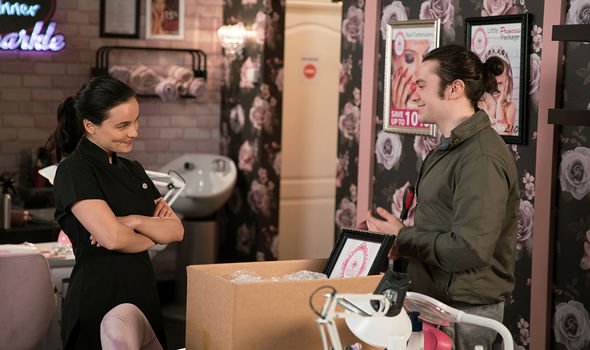 It was announced earlier this year Seb would find himself at the centre of a modern slavery storyline with Alina’s introduction a couple of weeks ago the beginning of the harrowing plot.

Even thought it’s not yet been revealed how Seb will take the news Alina will be back later in the evening after accepting his invitation, the young builder could decide to follow her, wandering whether she could be stringing her along.

However, could this be the moment Seb discovers Alina is embroiled in modern slavery and what will he do to help her escape the clutches of her boss, Rachel? Will Seb also discover what link his new lover has to Jan?

Speaking of working on the storyline in collaboration with the Salvation Army, executive producer Iain Macleod told the press: “This is one of the biggest hidden scandals in the UK today.

“We are keen to highlight that slavery hides in plain sight – the salon which does your nails for a too-good-to-be-true price, the car wash which valets your hatchback for half the going rate… these could all be staffed by people who are being coerced, threatened and exploited.” 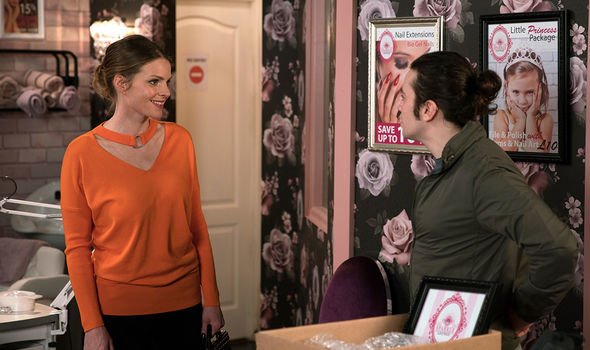 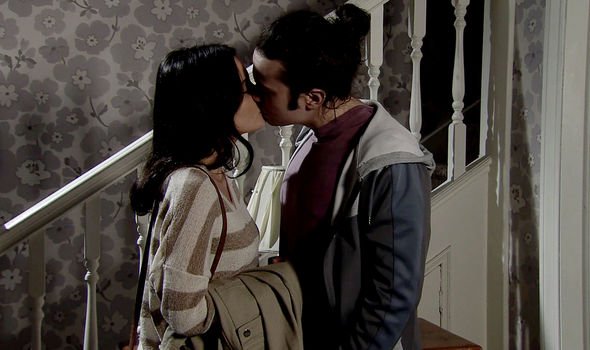 It wasn’t the plain sailing return Norris would’ve hoped for as Mary fired numerous accusations at Norris’ fiancé, Freda Burgess (Ali Briggs), bellying she’d first killed her husband and then accusing her of robbing from the pensioner.

With Mary refusing to give her husband a divorce after their sham marriage, what’s next for Norris and Freda’s wedding plans and is the florist right to be dubious of her husband’s new fiancée?

Norris’ return comes after a number of cast members announced their exits from the ITV soap last week, with the likes of Kate Connor actress Faye Brookes, 31, and Bethany Platt star Lucy Fallon, 23, bidding farewell to the cobbles.

They follow Robert Preston actor Tristan Gemmill’s, 51, announcement two weeks ago but could a plot twist see the Bistro owner leave the cobbles with Kate?