Could This Be What Prince Harrys Memoir Will Focus On?

Prince Harry recently announced that he’s writing a memoir and royal fans can’t help but speculate about what it’ll reveal. The prince explained why he has decided to write about his life saying (via People), “I’m writing this not as the prince I was born but as the man I have become. I’ve worn many hats over the years, both literally and figuratively, and my hope is that in telling my story… I can help show that no matter where we come from, we have more in common than we think.”

While Harry didn’t necessarily have to ask permission to tell his story, he did speak privately about the book’s publication to his family so they weren’t blind-sighted by the news. In recent years, tensions have been high between him and some of the royals after he and his wife, Meghan Markle, decided to step back from royal duties and later give a bombshell interview to Oprah. Yet it’s clear Harry isn’t done telling his side of things, dishing, “I’m deeply grateful for the opportunity to share what I’ve learned over the course of my life so far and excited for people to read a firsthand account of my life that’s accurate and wholly truthful.”

The Duke of Sussex isn’t the first royal to write a tell-all. Edward, Duke of Windsor, who famously abdicated the throne in 1936 to marry an American, ghost-wrote a biography of his own. While Harry appears to be more open about his memoir, there are still some questions about the content.

It may touch on who Harry blames for his mother's death 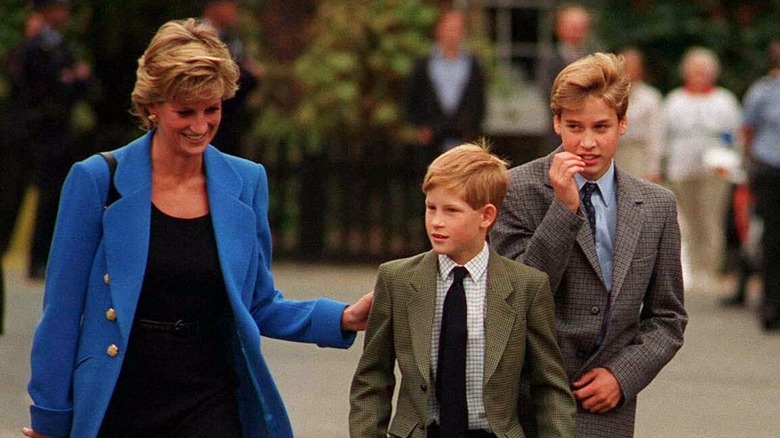 Some royal experts are suggesting that Prince Harry’s highly-anticipated memoir is actually about more than just his life as a royal. People reports that the memoir will cover his childhood in the public eye, his military duties, and his journey to becoming a husband and father. Yet others are claiming the book will actually focus mainly on his mother, Princess Diana’s death. Royal expert and author Angela Levin tweeted, “I’ve been told by a well informed source that Harry’s memoir will focus heavily on the death of his mother Princess Diana, and who he blames.” She added, “It was a terrible tragedy but sad the man can’t move on.”

Princess Diana, her companion Dodi al-Fayed, and driver Henri Paul, were all killed in a car crash in a Paris tunnel on August 31, 1997. Several questions have since remained around her death, including whether someone else was really involved. According to the Daily Mail, royal insiders have branded Harry’s memoir as a “moneymaking exercise at the expense of his blood family” and that it’s really “a book by Harry, as written by Meghan.”

Buckingham Palace has also seemingly distanced themselves, stating, “Any clarification about the book would be a question for the Duke and Duchess of Sussex.” It seems that we may just have to wait for the memoir’s release, which according to his publisher Penguin Random House, will be in late 2022. Proceeds from Harry’s book will go to charity.