Opposite points of view. Crystal Hefner got real about the differences between Holly Madison and Kendra Wilkinson that may have reignited their feud.

“I understand that Holly is probably finding healing by speaking about her experience, for sure,” Hefner, 34, exclusively told Us Weekly on Friday, April 23. “I noticed because I’m trying to find my own healing as I reflect back. I know Holly went through some very hard things at the mansion. I think some of the things I went through are harder. … I can understand the contention between Holly and Kendra, especially because Kendra was kind of more checked out. And so, she had to deal with less, like, psychologically at the mansion. And I think that might be a source of bitterness with Holly.” 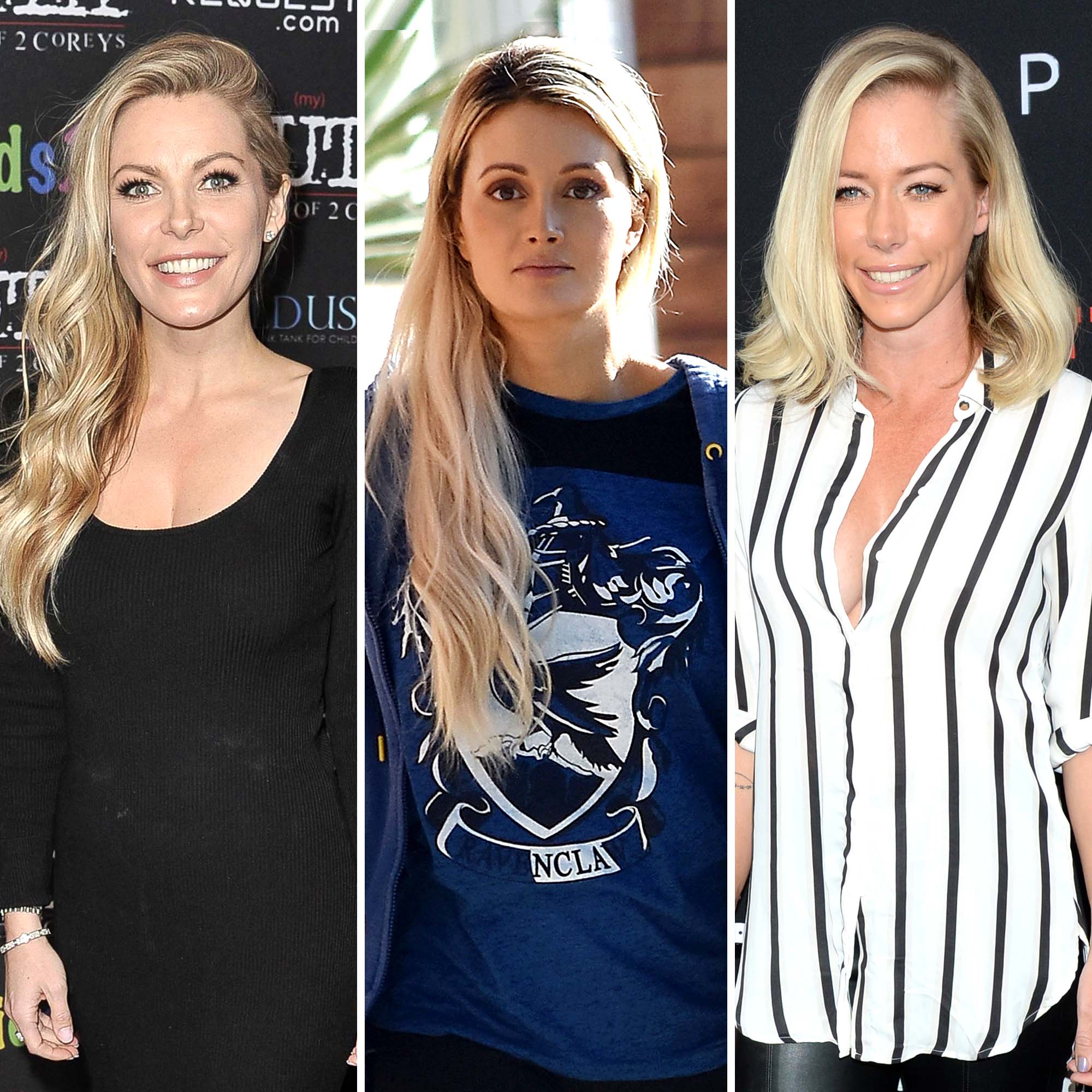 The model, who was married to Hugh Hefner from 2012 until his death in 2017, sympathizes with Madison, 41. “I can completely understand Holly there because I was in the position that Holly was in,” she explained. “I became Hef’s wife. I was with him all the time. I became just so invested in his life almost to the point of losing myself, so I can understand her perspective.”

The Down the Rabbit Hole author made headlines earlier this month when she refuted Wilkinson’s claims that the women did not have to have sex with Hugh before moving into the Playboy Mansion. The Kendra on Top star subsequently fired back.

“OK if you believe this will help women then I will try to understand,” Wilkinson, 35, responded to a social media user. “I wish I had more time with Holly to understand this side … I wish her the best in life and this helps heal her.”

Crystal later defended Wilkinson. “I was at the mansion for a DECADE almost four years ago now and these ladies and their drama were there years before that. I side with Kendra here,” she posted on social media app MeWe. “Not sure why these women who shared an incredibly uncommon and rare experience (that will never be repeated in our lifetimes) can’t get along? Maybe for the same reasons Holly and Bridget [Marquardt] despise me for absolutely NO reason. I hope one day we can all get along and compare experiences.”

Crystal, who is launching her own podcast in June, elaborated on the divide between Madison and Wilkinson. “We are all so different. It is so interesting how different we are. All of us are so unique,” she told Us on Friday. “I have not had a conversation with Holly at all. There’s just been things in the media, like subtle digs at me. I try and understand her reasoning, but it’s probably the things I mentioned. Maybe there’s some more things, but she said things in the past that have been hurtful in the media, and I’ve always tried to not do that back to her. I think Kendra is more happy-go-lucky, she’s more healed. She’s more go with the flow. I think that’s the big difference between them.”