‘Jagged Little Pill’ is set to return to the stage following the upcoming Tony Awards. Derek Klena revealed how the time off has given him a new outlook on the role of Nick.

Most actors don’t get to truly process and understand their characters until after they’ve already bid them adieu. For the cast of Jagged Little Pill, and truly any Broadway company that has the opportunity to return to the stage, there have a once-in-a-lifetime chance to return to their roles after months of dissecting them even further. Derek Klena, who will return to his Tony nominated role of Nick in JLP, explained in an EXCLUSIVE interview with HollywoodLife that he is ready to “re-attack” the character with a “new mindset” that he adapted during the pandemic. “It’s a privilege, honestly, to get to do it again,” the My Marcello star said. “I think how our characters resolve will be impacted more severely by what we’ve all endured this past year.” 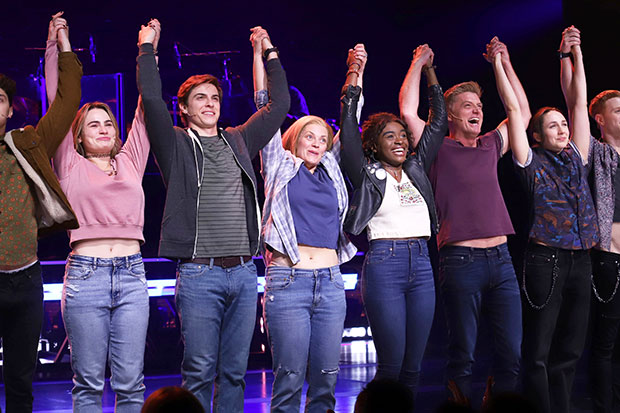 Derek added that he has spent much of the pandemic coaching musically-inclined teenagers, which is going to help him tap into Nick’s high school mind a little further than before. “Teaching is something that has been really refreshing, seeing young aspiring talent that is so hopeful and so inspired to just lay it all on the floor, and that’s been really inspiring to me. I think that will have, more than anything, inform my character, and how unaffected by a lot of what’s happening in the world Nick is,” he explained. “I think that’s what ultimately leads Nick into not making the smartest decisions, and not putting himself in a place that’s going to be successful, and then having to make his way out of the situation later in the show.”

At one point in the Alanis Morissette show, a protest takes place on stage as students advocate for reproductive rights and gender equality, and Nick finds himself in the middle of it. “Now that I’ve lived through it — and so many people have experienced protests over this past year — that scene will be pretty impactful. My involvement in it, so since that experience is so fresh in my mind, I think it will be a little bit more dramatic and a little bit more hard hitting,” Derek said. 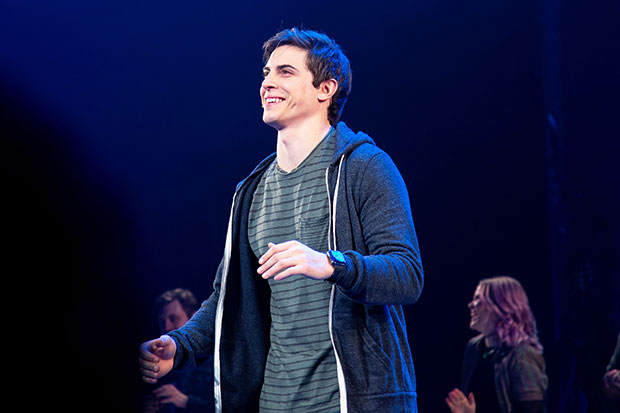 In addition to getting ready to get back on stage, Derek is celebrating the release of the star-studded album My Marcello. The romantic comedy concept album with music by Rosabella Gregory, lyrics by Dina Gregory and book by Corey Brunish, stars Derek’s voice, alongside two-time Tony Award winner Santino Fontana and Derek’s Jagged Little Pill co-star Elizabeth Stanley. “My character Antonio is this hopeless romantic whose father is constantly overbearing. So, he finds love and love throughout, regardless, overcoming all obstacles,” the Anastasia star explained. “I was really lucky under the circumstances of the pandemic to record something like this. It was the first time that I actually got to do a remote recording session, and it was a crazy experience. But, I think it turned out amazingly, I can’t believe it came together!”

The album is available on Friday, August 20 wherever digital music is sold and on BroadwayRecords.com.