Uh, excuse me, but have you gotten a chance to see Dixie D’Amelio and Noah Beck’s "Be Happy" body language? ICYMI: On Sept. 20, D’Amelio released a music video for the remix of her song "Be Happy," this time featuring blackbear and Lil Mosey. The video is great and so is the song, but obviously all I really care about is the tea here, which is that the video also happens to feature a few clips of D’Amelia and her rumored boyfriend Beck packing on the PDA on a green screen beach.

Traci Brown, body language expert and author of Persuasion Point: Body Language and Speech for Influence, watched the video and shared all the deets on what’s really going on between Beck and D’Amelio. Surprisingly, Brown says that the clips of them from the actual video, which include steamy shots of them kissing and snuggling, don’t actually suggest anything more’s going on. "In the video itself, he doesn’t move at all," Brown explains. "He’s not putting any extra effort into connecting with her. It’s not what I’d expect from people in a real world relationship. It looked heavily coached to me."

To be fair, they both have consistently denied any and all dating rumors. Even when asked about their kiss in the video by The Hollywood Fix, Beck down-played it by saying "it’s just a music video.”

OK, but here’s where things get juicy. Brown said that, after watching the actual video, she decided to check out the behind the scenes video D’Amelio posted on Sept. 16, featuring how they made the remix video. Apparently, that has a little more intel on D’Amelio and Beck’s relationship status. "It has two clues that they may be in a real relationship," says Brown. "If you look at 3:12 as they’re getting in position, which also reveals that they’re heavily coached. He touches her head and then strokes her wrist with his thumb. If they weren’t very close, this wouldn’t happen. So my analysis is that they’re an item and if they’re not they will be soon."

Here’s the cute moment Brown is referring to: 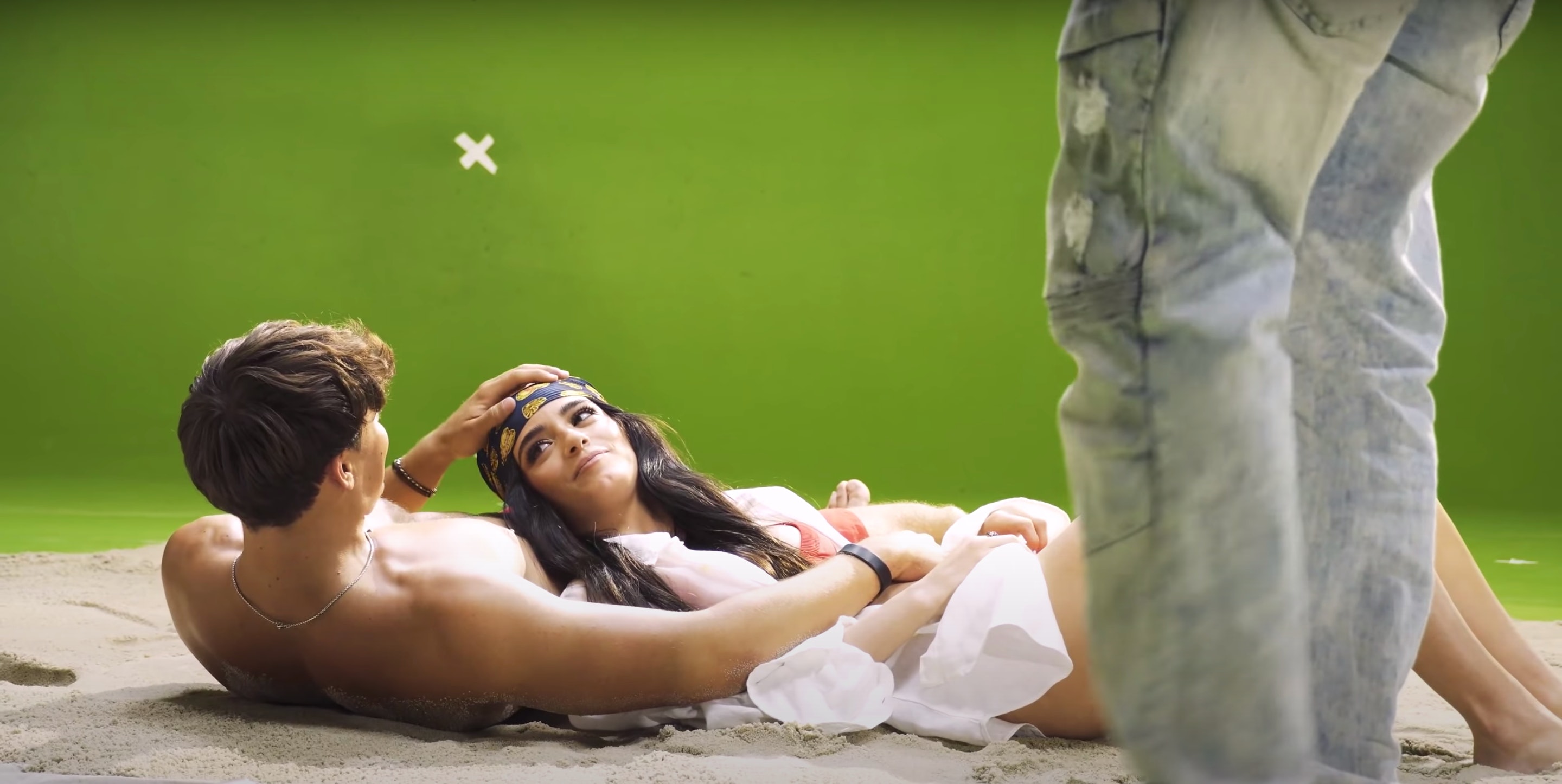 And here’s the whole behind the scenes video, if you’re inclined to watch:

Even if they are dating, there’s a chance D’Amelio will never officially confirm it. “Everyone thinks that they deserve to know every detail about us,” her sister Charli told Cosmopolitan in an interview published Sept. 16. “There are certain things we should definitely be able to keep to ourselves because input from millions of people can, like, hurt relationships.”