Drew Barrymore Dresses Up as Her 'Never Been Kissed' Character Josie

Josie Grossie is back! Earlier this week, Drew Barrymore was spotted out in New York City channeling her beloved character from the 1999 romantic comedy Never Been Kissed.

Dressed in an ’80s-style pink dress, a matching hair tie in her ponytail and white heels, the 46-year-old actress happily waved to cameras while in costume. In Never Been Kissed, Josie Geller (Barrymore) was called Josie Grossie when she was in high school, but as an adult and a journalist for the Chicago Sun-Times, she gets to do it all again. For a piece for the newspaper, Josie poses as a student at her former high school to research contemporary teenage culture. Everything is going OK until she falls for her dreamy English teacher, Sam Coulson (Michael Vartan).

The reprisal of her beloved character comes just ahead of season 2 of Barrymore’s talk show, The Drew Barrymore Show. 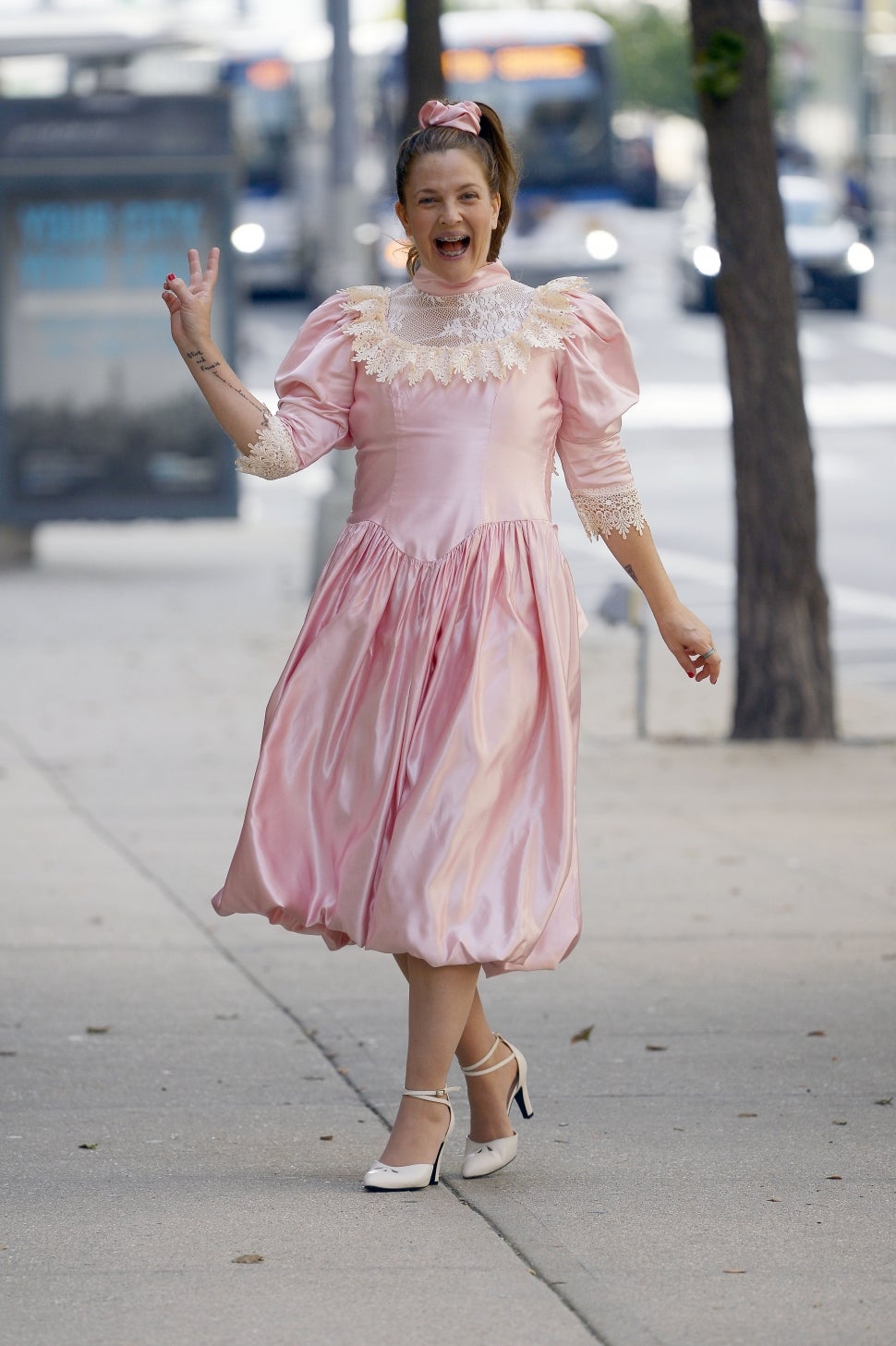 Season 2 of The Drew Barrymore Show kicks off Monday, Sept. 13. For more on what to expect, check out ET’s recent exclusive interview with the talk show host.