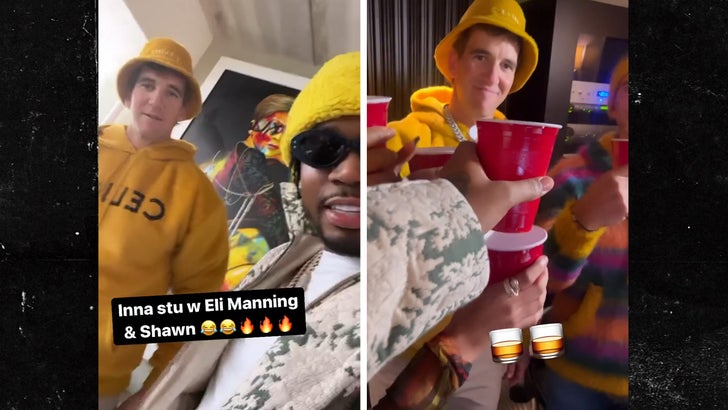 Eli Manning was big drippin’ when he hit the studio with Fivio Foreign on Tuesday … and the 2x Super Bowl-winning QB even took shots with the NYC rapper!!

Fivio tweeted on Tuesday, “I’m goin to the studio w Eli Manning” — then later posted a video with the former Giants QB and his old teammate and center, Shaun O’Hara, pouring shots. 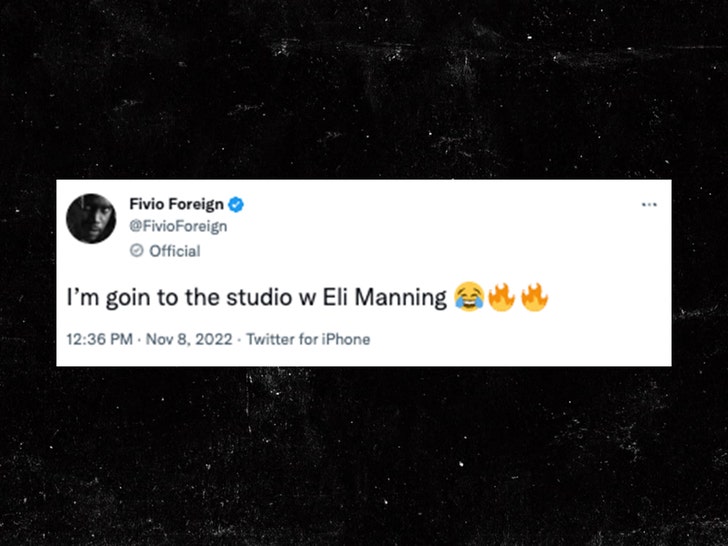 It’s unclear what sparked the unexpected linkup … but Eli and the “Big Drip” rapper appeared to be having a great time at the studio while pouring shots for one another. 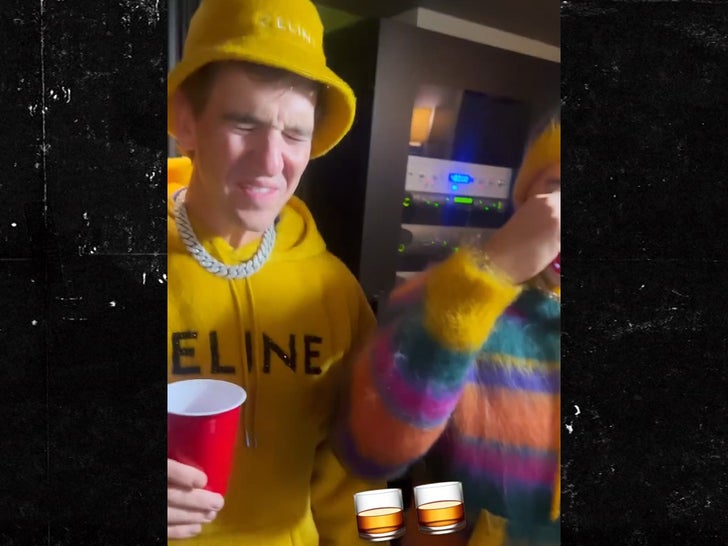 41-year-old Eli wore a yellow Celine hoodie (they go for like $1,100) and bucket hat … and had an iced-out chain around his neck in the video.

Eli’s studio sesh had a different feel than the popular “Manningcast” show he’s accustomed to hosting with his brother, Peyton, during “Monday Night Football.”

Nevertheless, it was funny to see the legendary NY football star enjoying himself with Fivio.

Maybe we’ll hear Eli on the new project?!? One can hope!