If you missed it, last Friday — hours after Thursday night’s NBA Draft had concluded — Bogut threw a jab at Jenner over her reported split with Phoenix Suns superstar Devin Booker.

“With the 2022 @NBA draft completion yesterday, one big name has yet to find a home,” the 37-year-old former #1 overall draft pick said on his Twitter page. “Which team will snap up @KendallJenner??” 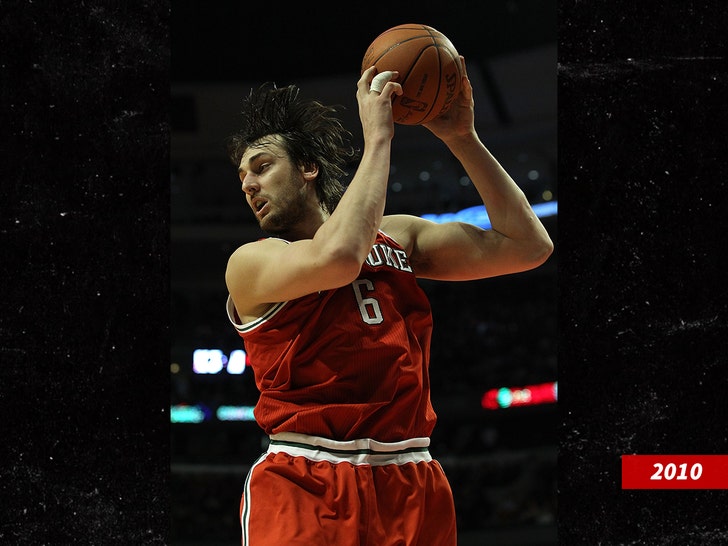 “Solid talent, versatile. ?? marks around team culture + habit of endless self promotion. Doctors will need to do medical as body has been banged up.”

Many on social media found the remarks to be offensive … as they were clear digs at Jenner’s past relationships with multiple NBA stars.

After nearly four days of hearing the criticism, Bogut didn’t walk back the remarks … and instead, the ex-Milwaukee Bucks center pressed further with the trolling. 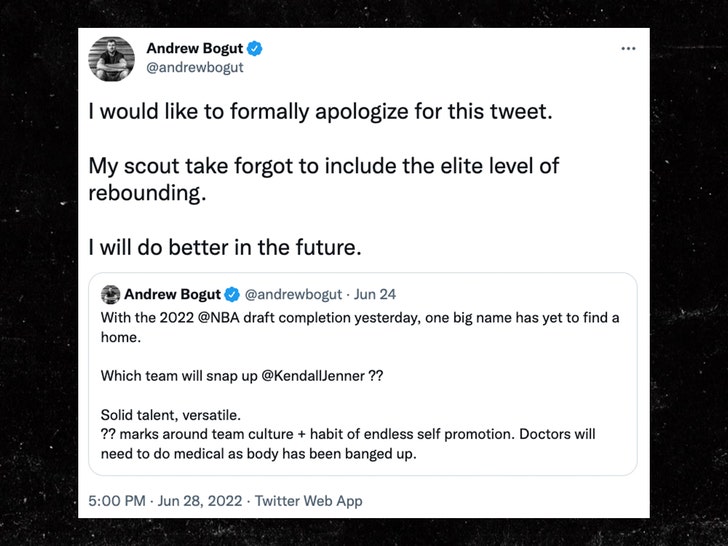 “I would like to formally apologize for this tweet,” he said. “My scout take forgot to include the elite level of rebounding. I will do better in the future.”

Jenner is no stranger to the heckling … she’s, in the past, actually addressed fans who have taken shots at her over dating NBA players, saying on an episode of “Keeping Up With The Kardashians,” “I’m not ashamed that I have a type, and I’m also a genuine basketball fan.”

FYI, it’s still unclear if Jenner and Booker are even broken up — the two were spotted looking flirty at Soho House in Malibu on Sunday.