Another wrinkle in the love triangle (love square?).

A bit after the surprise news that Olivia Wilde was now dating Harry Styles after the pair met on the set of her upcoming film, Don’t Worry Darling, we heard Jason Sudeikis was the next to move on — also with a co-star.

The SNL alum was reportedly casually dating a British model named Keeley Hazell, who had first appeared in Horrible Bosses 2 and was now guest-starring in his new sitcom Ted Lasso. However, shortly afterward we got some mixed messages from sources close to Sudeikis — who made it sound like the 45-year-old was just friends with the former Page 3 girl.

Related: Olivia & Jason Are In A Better Place ‘Rebuilding Their Friendship’

“They’ve been friends since they met at Horrible Bosses 2. They have grown closer for sure, but Jason absolutely isn’t ready for any type of serious relationship.”

Any type of serious relationship like, say, living together?? Would that be considered serious? Because that’s what some internet sleuths now think is going on between the two. They’ve been very tight-lipped about any potential romance since the news dropped, but sometimes you can say a lot without speaking. Here’s the new evidence:

Jason made headlines for his choice of outfit as he accepted his Golden Globe on Sunday night, but try to look past his tie-dyed hoodie and check out the distinctive decor on his mantlepiece here: 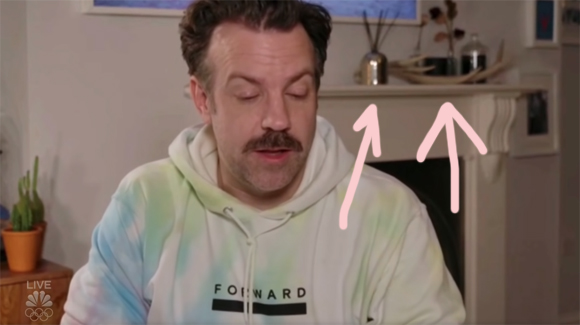 Nothing anyone would notice, just some incense, a flower, maybe some kind of antlers… But fast forward to Wednesday morning when Keeley posted a pic to her Instagram Story with a verrry inneresting background: 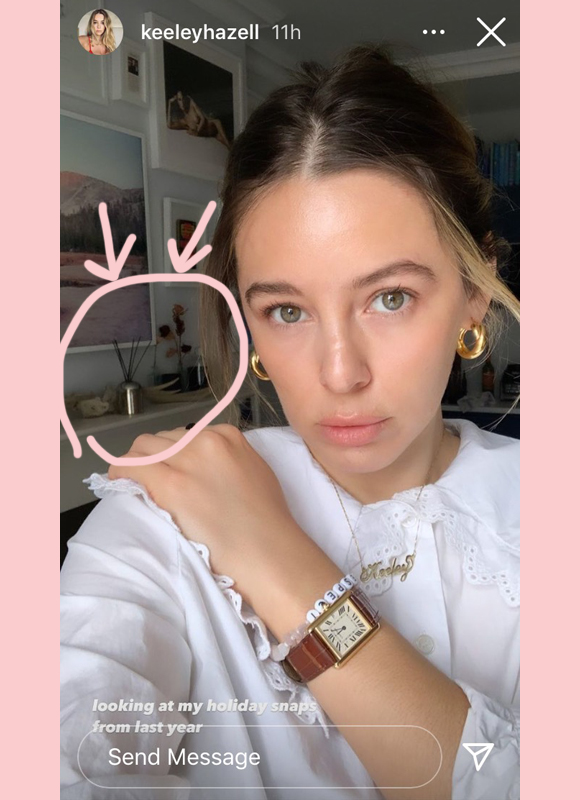 But here’s an even more interesting question: when is this photo from? She captioned the Story:

“looking at my holiday snaps from last year”

Does she mean this pic was from the holidays? Did she spend Christmas with Jason? How long have they been together?? We know Jason has had a crush on the model for quite a while — and even apparently based a character on her for his acclaimed show. Did they immediately start dating after his breakup from Olivia?

So many new questions from just one telling photo…