Arianna’s father Derrick Delane says her daughter was asleep when their apartment in Houston was hit several times by gunfire on New Year’s Day, but police didn’t arrive until four hours later.

AceShowbiz -George Floyd’s niece has become a victim of a senseless act of violence. Four-year-old Arianna Delane was injured after she was shot while sleeping at her home in Houston on New Year’s Day.

The young girl was shot in the torso and is currently in stable condition after an emergency surgery, police said. The bullet punctured her lung and liver and also broke three ribs, ABC 13 Houston reports.

The shooting occurred just before 3 A.M. in the 3300 block of Yellowstone Boulevard when several shots fired from outside came into an apartment, the Houston Police Department said. Arianna was among two adults and two children who were inside. The police did not release the name of the girl, but her family has identified that she is George’s niece.

Arianna’s father Derrick Delane recalled the incident, “My daughter jumped up and said, ‘Daddy, I’ve been hit’ and I was shocked until I seen the blood and I realized my 4-year-old daughter was really hit. She didn’t know what was going on. She was asleep.”

Arianna’s family told ABC13 they know the shooter. Derrick said he has reason to believe their home was targeted. “Why would my house get shot up? My daughter don’t know. I can’t explain that to her. As the father, you’re supposed to protect the kids,” the father said.

Arianna’s mother drove her to the hospital where she underwent surgery. Derrick said police didn’t arrive until 7 A.M., more than four hours after the shooting. 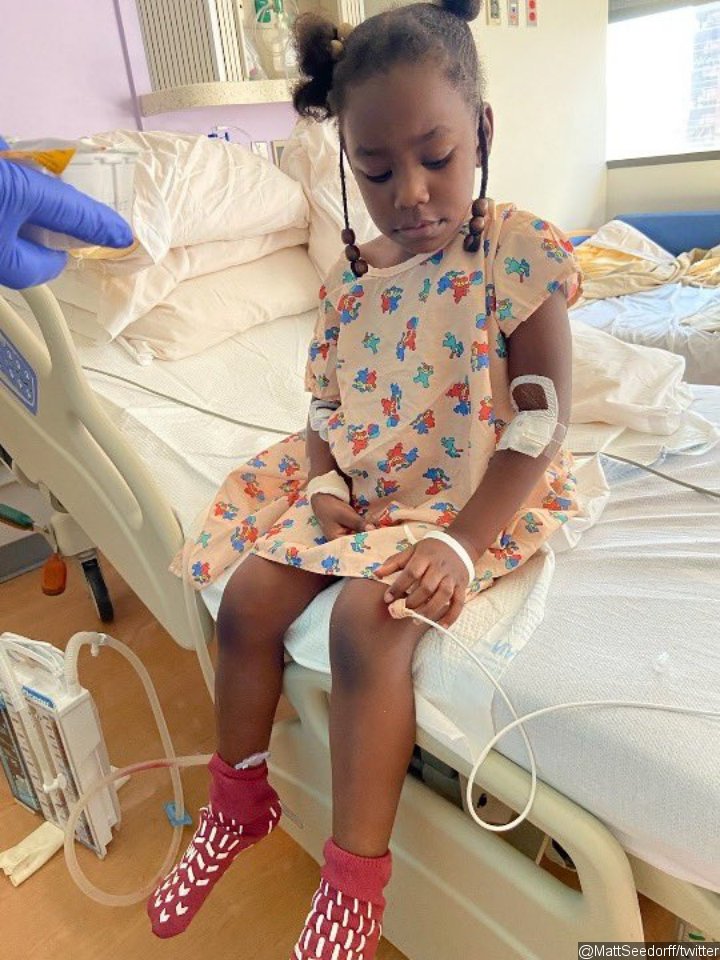 George Floyd’s niece Arianna is on the mend after getting shot at home on New Year’s Day.

Responding to the delayed response, Houston Police Chief Troy Finner said in a statement, “I am aware and have concerns regarding the delayed response time in this incident and have initiated an Internal Affairs investigation. I ask the city continue to pray for the child’s full recovery and assist in providing information that would lead to the arrest of the suspect or suspects responsible.”

Police said they do not know if one person or multiple people were firing the shots. Cops currently have no suspects and don’t know a possible motive.

Arianna’s family often brought the girl to marches and rallies calling for justice for her late uncle. Her mother is George’s sister, LaTonya.