Actress Gillian Anderson is wowing audiences across the globe with her depiction of British prime minister Margaret Thatcher. The actress is a veteran across stage and screen and has carved out a stellar career since appearing in The X-Files as FBI agent Dana Scully back in 1993. Many fans of Anderson are curious to know more about her, including how tall she is.

How tall is Gillian Anderson?

This would make her slightly shorter than her onscreen persona as Thatcher, who was 5ft 5in or 1.67m, according to the Guardian.

During her time filming The X-Files, Anderson apparently had to stand on a crate to close the height difference with her co-star David Duchovny, who plays FBI agent Fox Mulder.

Actor Duchovny was 6ft or 1.84m and towered over his co-star with the so-called “Scully box” given to Anderson to stand on. 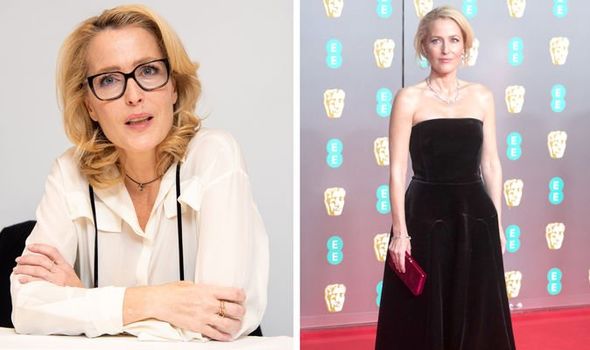 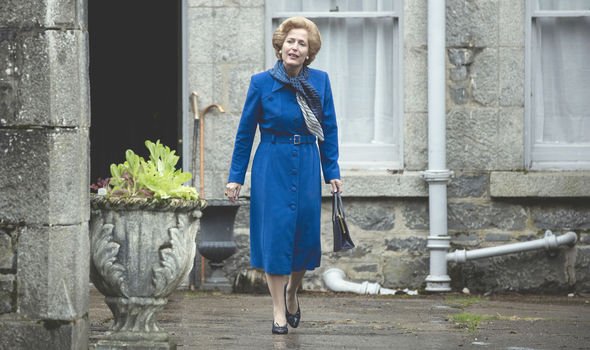 In an interview with US Magazine in 1997, Anderson said of her height: “It depends on how I feel about myself in a given moment.

“Sometimes I forget I’m short. Sometimes I totally feel how short I am.”

She went on to say of the apple crate: “I don’t have to stand on a box.

“Sometimes when we’re in a situation walking side by side, like up to a door to pull out our badges and say we’re from the FBI, I have to step up onto something so that we’re on the same level. 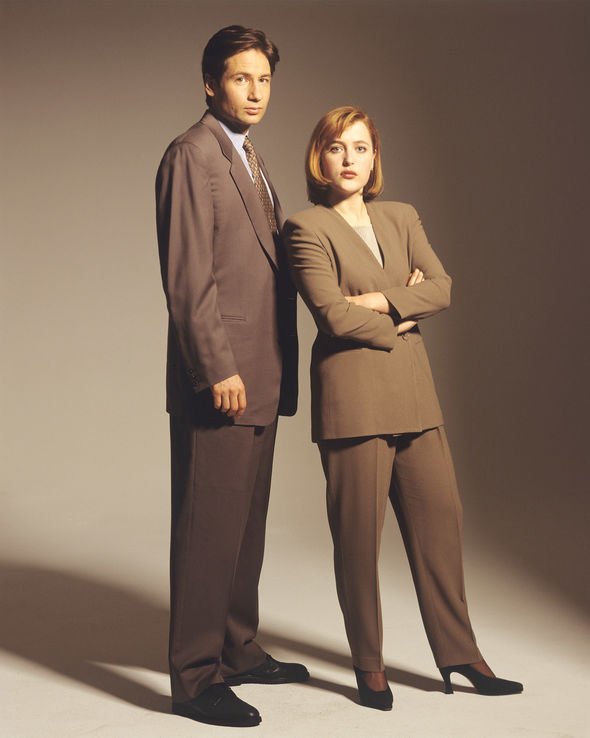 “I mean, I don’t walk on boxes or have boxes attached to my feet.

“It’s funny: Sometimes I forget I’m on the box. Like, I’ll have this very serious moment in a very serious scene and I’ll turn to the camera and fall right off the box.”

Anderson reprised her role as Scully several years ago and Duchovny shared a snap on Twitter from the set of the actress standing on a Gillyboard – another name for the box.

He captioned the image of Anderson, which he posted to his 430,000 followers: “It’s official…longest Gillyboard in history! #TheXFiles #bts.” 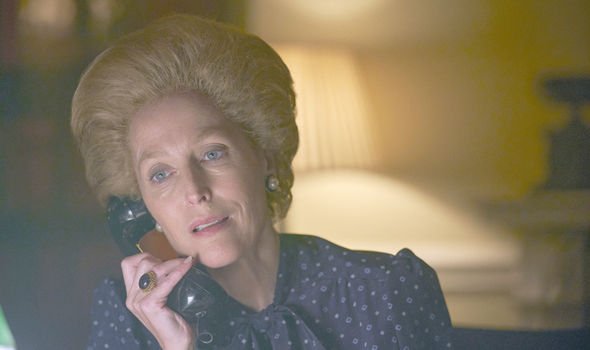 Despite her stature, Anderson’s performances have been magnetic as she exudes gravitas particularly as Thatcher with the star winning praise from the critics.

Anderson was confirmed to be playing Thatcher in The Crown in 2019 with the actress saying at the time: “I am so excited to be joining the cast and crew of The Crown and to have the opportunity to portray such a complicated and controversial woman.

“Thatcher was undoubtedly formidable but I am relishing exploring beneath the surface and, dare I say, falling in love with the icon who, whether loved or despised, defined an era.”

As part of her portrayal, Anderson had to don a series of wigs in a bid to recreate the former premier’s trademark bouffant hairdo.

She also worked on the voice of Thatcher to make sure she got the distinctive sound and intonation which was characteristic of the first female prime minister.

Anderson explained to Harper’s Bazaar in a recent interview: “Initially, they [the producers] gave me a fantastic pack of things to watch and to read.

“And then, I just started reading as much as I could and watching as many videos of her, of which there are many online, both interviews and behind the scenes—her out in public meeting constituents initially, and then when she was prime minister and run-up to elections and everything.

“There’s a lot of material out there, which give a good snapshot of how she reacted and behaved in different situations.”

She added: “So part of the process is choosing what elements of her voice to keep so that it feels consistent and it feels somewhat grounded in an aspect of my voice while at the same time feeling like Thatcher.”

While it’s not clear whether Anderson will be appearing in season five of The Crown, there’s scope for Thatcher to make one last appearance – much like John Lithgow’s surprise appearance as Sir Winston Churchill in season three after the rest of the cast had been changed.

Season five is expected to focus on the messy divorce between Prince Charles (Josh O’Connor) and Princess Diana (Emma Corrin) as well as her tragic death in 1997.

The Crown seasons 1 to 4 are streaming on Netflix now