Gloria Estefan Bravely Shares Her Story Of Being Sexually Abused At Age 9: My Mother ‘Trusted’ Him

Gloria Estefan opened up about being sexually abused at the hands of a ‘predator’ when she was only 9 years old on the new episode of ‘Red Table Talk: The Estefans.’

During the Sept. 30 episode of Red Table Talk: The Estefans, Gloria Estefan, 64, revealed for the very first time that she was sexually abused when she was 9 years old. The Cuban-American singer shared her deeply personal story to niece Lili Estefan and daughter Emily Estefan, and explained that her abuse occurred at the hands of “someone my mother trusted.” She added, “He was family, but not close family.”

Gloria continued, “He was in a position of power because my mother had put me in his music school and he immediately started telling her how talented I was and how I needed special attention, and she felt lucky that he was focusing this kind of attention on me.” The singer said that once the abuse started, she “knew that this was a very dangerous situation.” But when Gloria “revolted” against her abuser — whose name she did not share — he threatened the life of her mother, Gloria Fajardo.

“He goes, ‘Your father’s in Vietnam, your mother’s alone and I will kill her if you tell her,’ ” Gloria recalled on the family talk show. “And I knew it was crazy, because at no point did I ever think that it was because of me that this was happening. I knew the man was insane and that’s why I thought he might actually hurt my mother,” she added. Gloria then recounted how she kept the abuse a secret from her loved ones, but eventually, the stress of doing so got to her. “A circle of hair fell out of from my head from anxiety. Finally one morning at 3 in the morning, I just ran to my mother’s room because I couldn’t take it anymore,” she explained. “And I told her about what was going on.”

35 Cute Photos Of Celeb Moms Out With Their Kids: Gwen Stefani & More 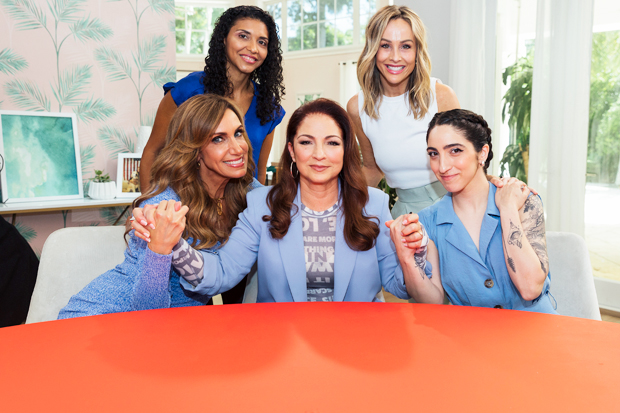 Once her mother learned the truth, she immediately called the police, Gloria said. But shockingly, the authorities actually advised Gloria not to press charges against her abuser. Their reasoning, the singer said, was that Gloria “was going to go through worse trauma having to go on a stand.” Gloria added, “And that’s the one thing I feel bad about, knowing there must have been other victims.”

The “Turn The Beat Around” crooner said she thought about going public with her story before, notably after she shot to fame thanks to her 1985 single “Conga.” However, Gloria opted not to do so when the “predator” sent a letter to a paper criticizing her music. “Then I thought: ’My whole success is gonna turn into him!’ ” she said. “It’s that manipulation and control, but that’s what they do, they take your power.” 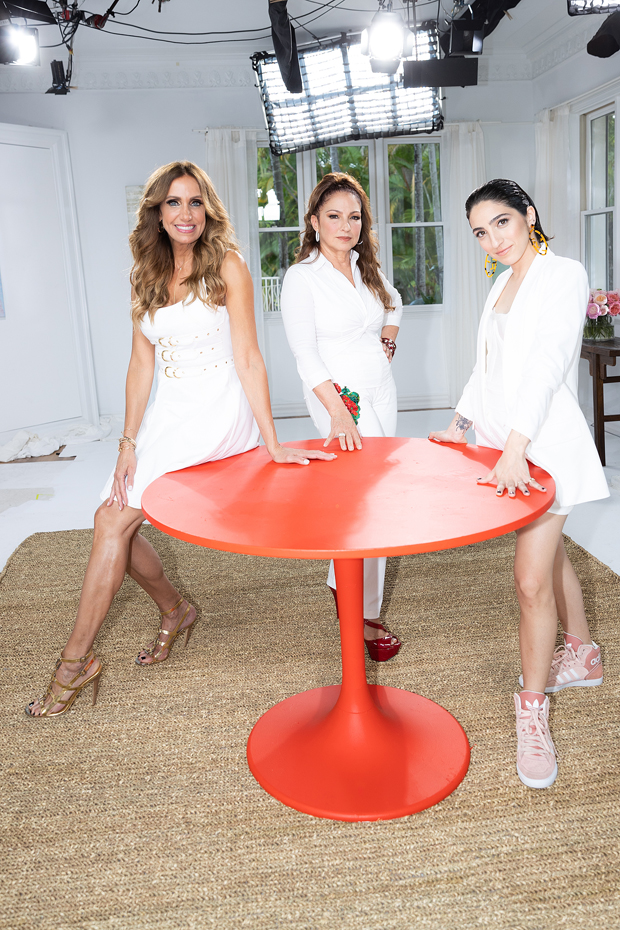 Gloria wasn’t the only person to share her story of sexual abuse on the episode. Clare Crawley also joined the Estefans on the show and revealed that she was molested by a Catholic priest as a child. “I think these predators bank on us being silent,” Clare told the other ladies. “These predators bank on us not saying anything and not opening our mouth and that gives them that power. And that’s why after 39 years, instead of letting it affect me negatively I thought, how do I take the power back?”

If you or someone you know has experienced sexual assault, know that you are not alone. Call 800-656-HOPE or Visit rainn.org for free, confidential, 24/7 support