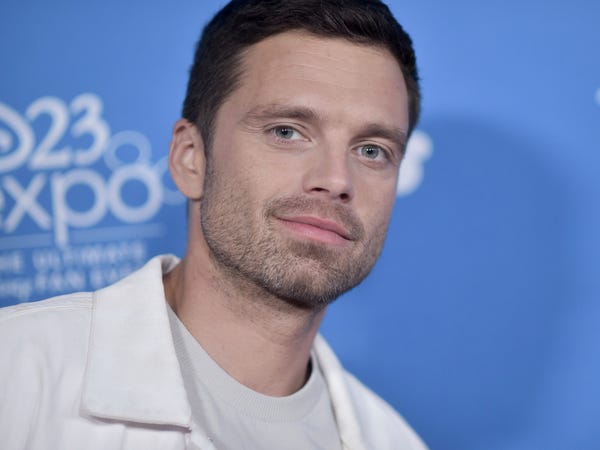 "Gossip Girl" star Sebastian Stan chugged wine while rewatching the show's first episode in honor of its anniversary, and his reaction was priceless.

In the video, the Marvel star drank wine from a glass while commenting on various scenes from the pilot episode. When Chace Crawford (Nate Archibald) appeared in a scene, Stan yelled: "YES, Chace!"

"I always wanted to have that hair," Stan added.

After the episode ended, Stan said: "Well, I wasn't in the pilot, but I wish I was. There it is. XOXO."

Stan's fans and costars couldn't get enough of the trip down memory lane and commented on his Instagram video.

Jessica Szohr, who played Vanessa Abrams, said: "Hahahah You have me cracking up Seb!"

"Gossip Girl" premiered on The CW on September 19, 2007 and concluded on December 17, 2012 after six seasons, all of which are available to stream on Netflix.

Stan made his "GG" debut during season one, episode four. He went on to appear on the show for several more episodes, with his character dating Serena van der Woodsen (Blake Lively) at one point. His final appearance on the show was during season three, episode 18.

Since his run on "GG," Stan has gone on to become an A-lister.

He played Jefferson/The Mad Hatter on ABC's "Once Upon a Time" and appeared in movies like "The Martian," "I, Tonya," "Logan Lucky," and most recently "The Devil All the Time."

He's perhaps best known for his role as Bucky Barnes/Winter Soldier in the Marvel Cinematic Universe. Stan made his debut as the character in 2011's "Captain America: The First Avenger" and has starred in several Marvel movies since then.

Next, he'll star alongside Anthony Mackie on a spin-off show called "The Falcon and the Winter Soldier," which is headed to Disney Plus.