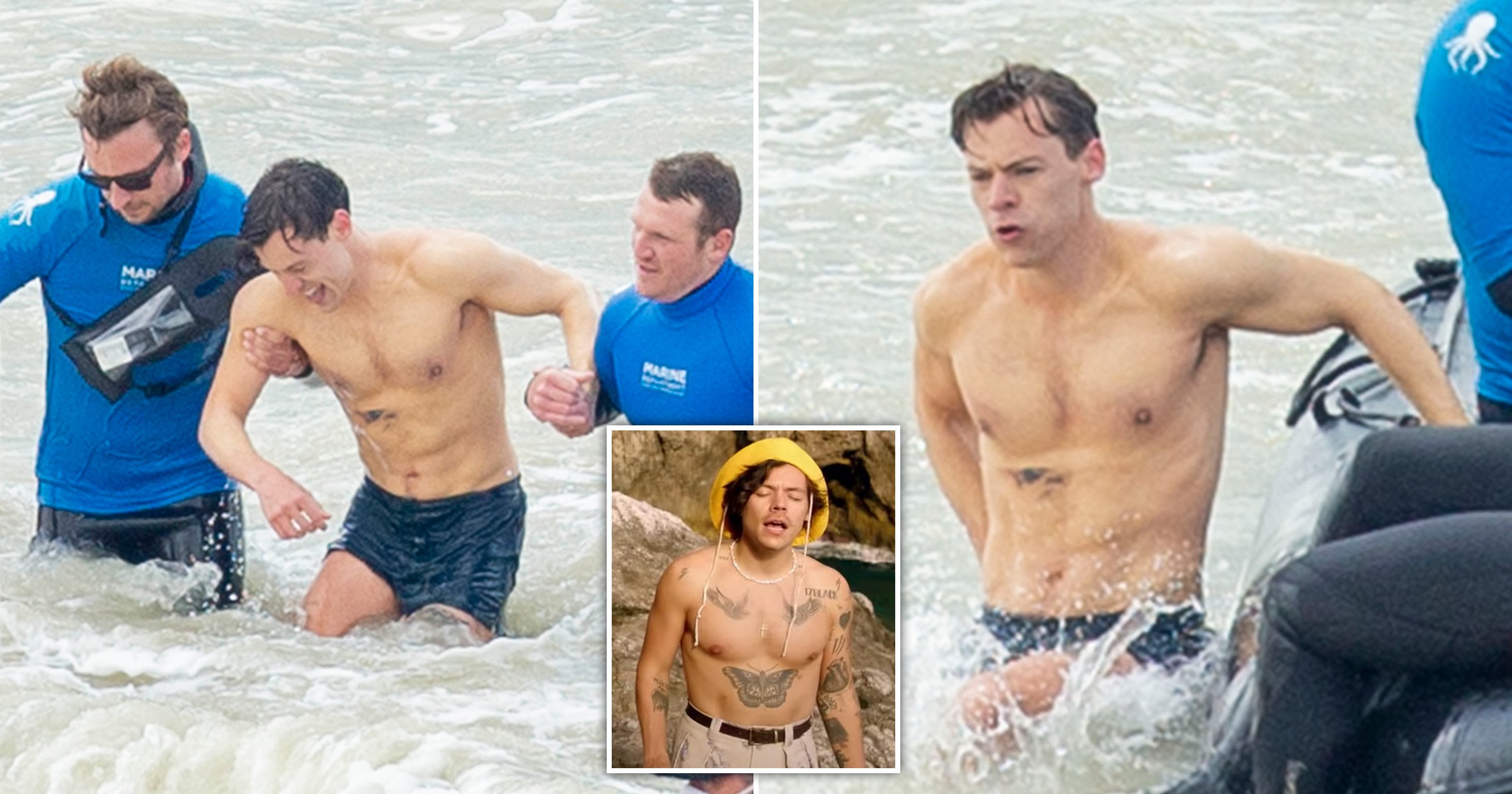 Harry Styles has been spotted filming topless scenes in the sea in Brighton for My Policeman, but he’s unrecognisable without his iconic tattoos.

The former One Direction star, 27, was seen donning nothing but a pair of dark swimming shorts for the scenes, despite the UK weather being pretty chilly in May at just eight degrees.

Harry was seen swimming around the water with a crew dinghy nearby, before being helped out by marine department staff in blue tops.

Although the Harry we usually know and love is covered in an impressive amount of tattoos all over his arms and torso, the ink was covered in heavy-duty make-up to fit his character.

Some of the dark designs on his stomach and legs were beginning to peek through as the shoot progressed and the cover-up started to wash away in the water.

Despite the Arctic temperatures, Harry appeared in good spirits while in the water, with production assistants bundling him into a large coat, towels and a fetching pair of Crocs to walk across the pebbly beach.

My Policeman is set in the 1950s and Harry’s character, Tom, is a married police officer who embarks on an affair with another man during a time when homosexuality was illegal.

Harry wasn’t the only actor who was forced to brave the icy waters, as Linus Roache, who plays the older incarnation of the same character was also seen taking a dip.

The pair appeared to be recreating the same moment in two different decades as they filmed similar shots in the water.

Filming is well under way for the project, which also stars Emma Corrin as Harry’s character Tom’s wife, although a release date is as yet unconfirmed.

The screenplay is based on the 2012 novel of the same name and is being directed by Michael Grandage for Amazon Studios.

If you’ve got a celebrity story, video or pictures get in touch with the Metro.co.uk entertainment team by emailing us [email protected], calling 020 3615 2145 or by visiting our Submit Stuff page we’d love o hear from you.