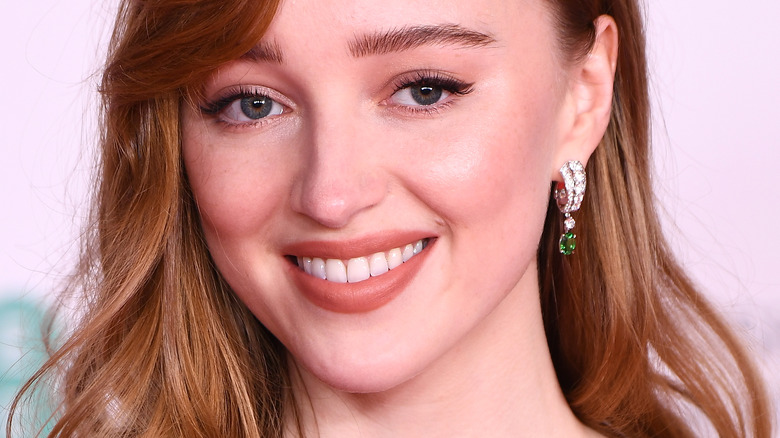 Season 2 of Netflix’s hit “Bridgerton” is on the way, and one of its stars, Phoebe Dynevor, recently dropped by “The Tonight Show” to discuss what it was like heading back to set (via Bustle). The actor said “it’s the best” feeling being back with her cast mates, and she “cried like seven times when [she] came back.”

Dynevor also discussed her incredible chemistry with her love interest in the series, Regé-Jean Page. She revealed that it was actually eye contact that really helped, but also “it’s hard not to” have chemistry with someone like Page (via People). Sadly, it was reported by Variety that the actor who played the Duke of Hastings in Season 1 would not be returning for the 2nd season, so it seems Daphne will not have Simon to make eye contact with when the show returns next year, according to Glamour.

As disappointed fans are about Page’s departure, they’re excited to see what’s in store for Daphne and her siblings. Dynevor has been a true breakout star since the show premiered in 2020, but from her “Tonight Show” interview, it seems she almost gave up on acting completely right before being cast. 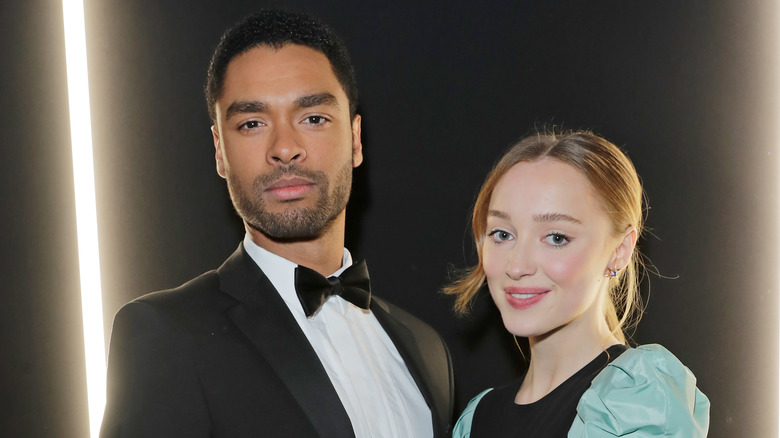 While talking to Jimmy Fallon, Phoebe Dynevor revealed that she “was ready to go home, and sort of throw in the towel” right before getting the call to come in and read with Regé-Jean Page for “Bridgerton” (via Buzzfeed). It was one of those life-changing moments, and fans of the show are glad that she stuck around a bit longer. Now, Dynevor is the next big thing in Hollywood. Not only is she working on Season 2 of the Netflix series, but the actor has been cast as Clarice Cliff in the upcoming film “The Colour Room,” according to Deadline. However, it seems the acting bug runs in her family.

It was revealed by the Daily Express that Dynevor’s mother is fellow actor Sally Dynevor from “Coronation Street.” Since the “Bridgerton” star was literally born to follow in her mother’s footsteps and has had consistent acting jobs since 2009, according to her IMDb, it’s no wonder that she has a net worth of $11 million (via IdolNetWorth). The Daily Express has also estimated that with her new Instagram followers after the success of “Bridgerton,” Dynevor has the potential to earn about £3,000 per post. That’s over $4,000. If “Bridgerton” Season 2 does just as well as Season 1 for Dynevor, there’s a very good chance her net worth will only continue to increase as well.