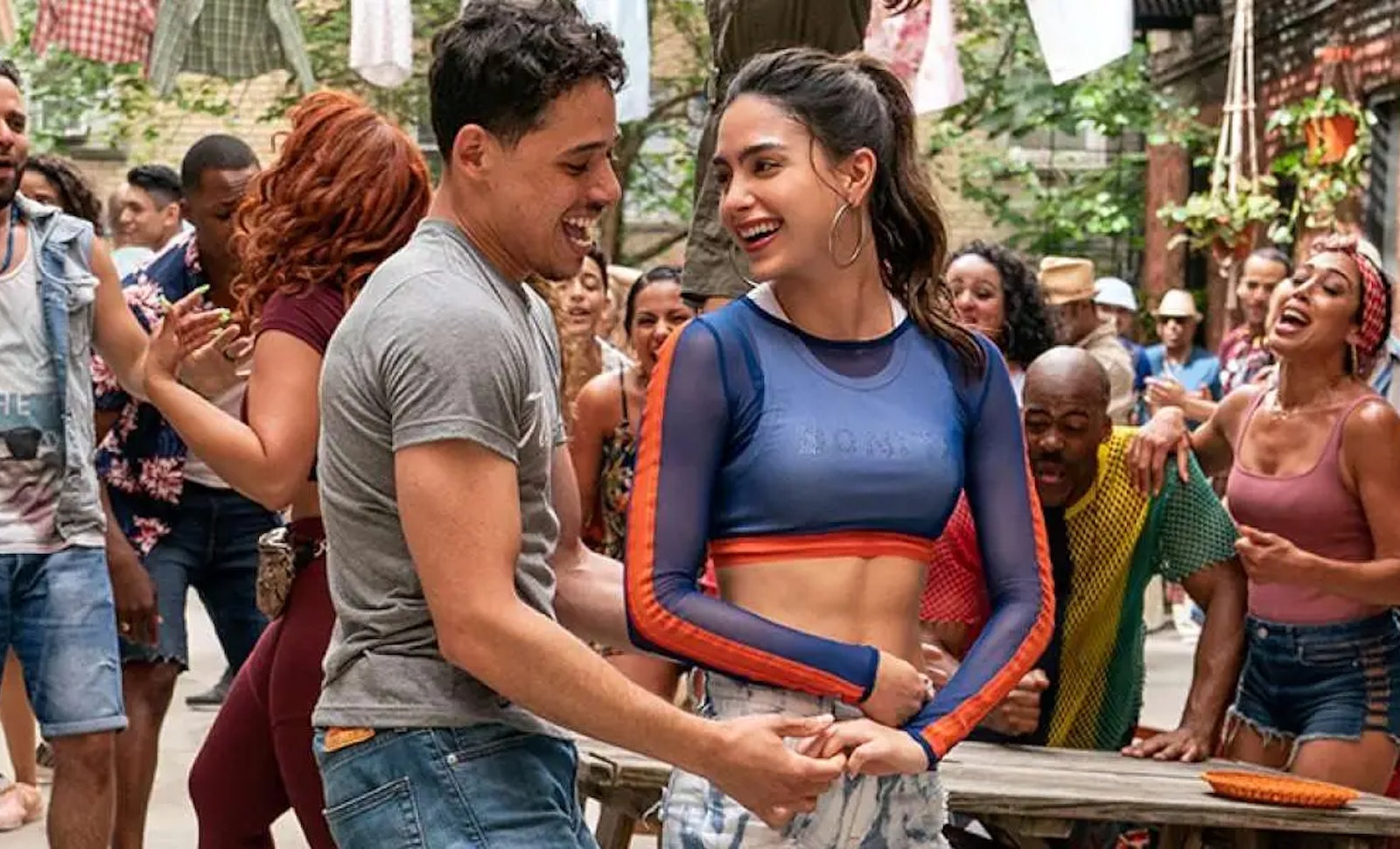 Get ready to burst out in song this summer, because the hit Broadway musical In the Heights is getting the big-screen treatment. The Lin-Manuel Miranda-penned musical was a smash on Broadway back in 2008, before Miranda exploded to fame thanks to Hamilton, and now everyone will be able to indulge in the exuberant, colorful story. The In the Heights trailer, cast, and release date will get you so pumped for the big movie musical, because it already looks incredible, is filled with stars, and is set to hit theaters and streaming so soon.

A movie adaptation of In the Heights has been in the works for over a decade, with constant talks about putting the show on the big screen ever since its Broadway debut in 2008. The story of a Washington Heights bodega owner who sells a winning lottery ticket and a first-in-her-family college student debating whether or not to drop out became a huge hit on the stage, winning four Tony Awards at the 2008 ceremony.

In the Heights was Miranda’s first major theatrical production, a love letter to the New York City neighborhood of Washington Heights. The show made Miranda a big name for theatre buffs, but of course, it wouldn’t be until several years later that he became a household name to the world due to the success of Hamilton. Now, Miranda’s first big musical will hit movie theaters and streaming services for everyone to see.

In the Heights Trailer

There have been a few trailers released for In the Heights, all of which showcase just how sprawling and colorful the musical numbers will be. The most recent trailer debuted during the 2021 Oscars.

In the Heights Release Date

Get ready for a music-filled summer, because In the Heights will hit theaters on July 11. It will also be available to stream on HBO Max the same day.

In the Heights Cast

The movie musical will star Anthony Ramos as bodega owner Usnavi and Leslie Grace as college student Nina. Ramos as famously worked with Miranda before, having starred in Hamilton as John Laurens and Philip Hamilton. Grace, on the other hand, is best known for her music career, and In the Heights will be her debut acting performance. Miranda himself originally starred in the stage production as Usnavi, but for the movie, he will play Piraguero, the Piragua Guy.