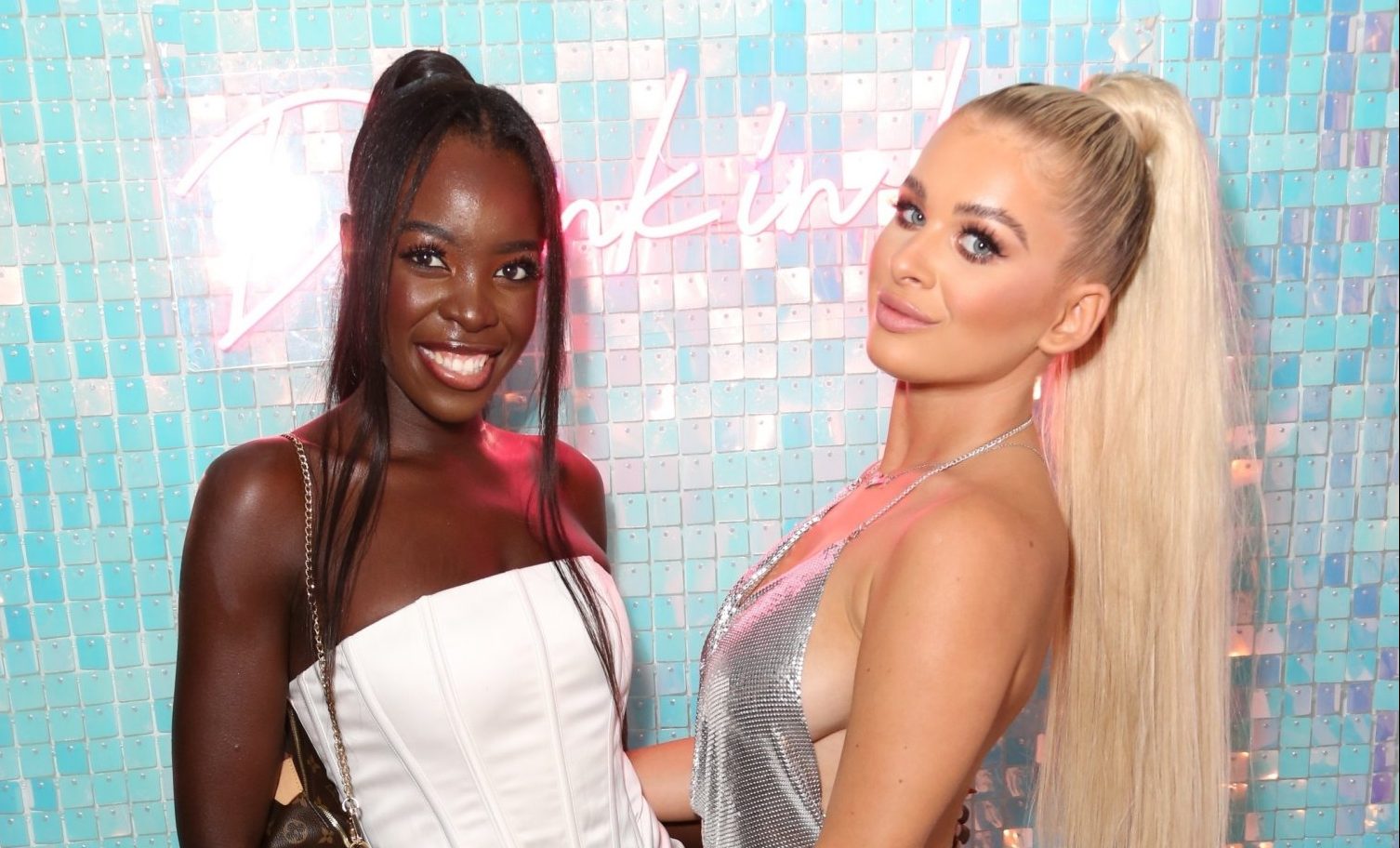 The 2021 Love Island stars have been brought back together again to celebrate Liberty Poole’s 22nd birthday with a lively night out in London.

Liberty was joined by her BFF Kaz Kamwi and her fellow islanders including Lucinda Strafford, Sharon Gaffka and Priya Gopaldas for a night of dining and dancing.

Tyler Cruickshank, Brad McClelland and Aarons Simpson and Francis were also seen at London’s STK where the bash was held.

Liberty looked stunning in a low cut silver dress and her blonde hair swept up into a high pony tail as she was presented with a birthday cake and got behind the bar with Lucinda.

She posted cute videos of herself dancing with Kaz as the pair re-enacted their special handshake they made up in the villa on the dance floor.

The former islander also posed for a sweet photo with her mum was who was excited to be partying with her daughter.

Other islanders Abigail Rawlings and Jack Barlow – both bombshells in this year’s series – appeared in her social media videos dancing the night away.

At one point Liberty, holding a cocktail, happily sat on her mum’s lap as the pair danced together in footage shared on Instagram by a pal with the caption ‘Like mother, like daughter’.

Kaz and Tyler, who finished fourth in this year’s series, found a moment to dance together too as they celebrated their friend’s special day one day after the Love Island reunion aired on ITV2.

Liberty famously quit the Love Island villa days before the final after her relationship with Jake Cornish (who was absent from the reunion episode) broke down.

Speaking during a Q&A session on Instagram previously, she was questioned on whether she regretted spending all her time with her now-ex, and explained this definitely wasn’t the case.

‘Once I’m into someone, I’m all for them,’ she replied. That’s just the way I work.

‘Although we had our downs, I also learned so much about myself, so I feel like everything happened the way it was meant to, and I was meant to go through [it].’