Jack Draper, 19, Falls Over On Tennis Court 2 Mos. After Battling COVID: I Was Feeling ‘Really Dizzy’

Tennis player Jack Draper was lying on the ground after collapsing during a match at the Miami Open on Mar. 25.

Jack Draper suddenly collapsed during a tennis match, which was also his ATP Tour debut. The 19-year-old, who recovered from COVID-19 in January, was playing in the Miami Open when the incident occurred on Thursday, March 25. Temperatures in the Florida city hit a high of the mid-80s as Jack was playing against Kazakhstan’s Mikhail Kukushkin, 33. In video taken at the match, Jack was seen lying on the tennis court as medical staff rushed over to assist. 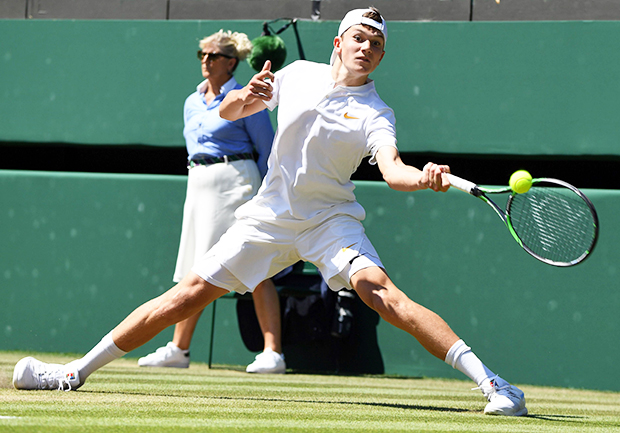 The British-born tennis star, who kept playing after collapsing, had his heart-rate checked according to news.com.au. He then began feeling sick again after he swapped court sides with Mikhail, which he later spoke about to the outlet. “At the changeover, I was starting to feel my body a bit. I said that I’m going to carry on because I wasn’t feeling faint,” he explained. “But obviously when I got out there, that wasn’t the case. On the last point, I didn’t collapse,” adding, “I actually just tripped because I was starting to feel really dizzy and stuff.” 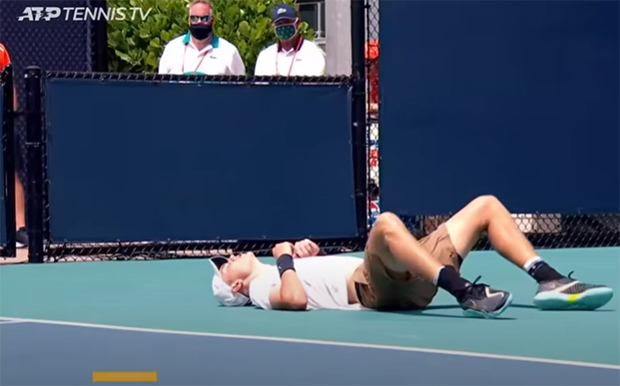 The accomplished player was previously the runner-up at the 2018 Wimbledon Championships Boys’ Singles, and was awarded a wildcard at the 2019 Wimbledon Championships Men’s Doubles draw. Jack also explained that he’s had a “rough start to the year” since rebounding from the virus, which has killed over half a million Americans. “I didn’t move a muscle and that was after pre-season as well, so I put in a really good pre-season and then I didn’t play so it’s been a rough start to the year,” he said to UK outlet Sky Sports.

Although Jack is a healthy and fit 19-year-old, he admitted the virus “affected” him “quite badly” for well over a week. Common symptoms of COVID-19 include a dry cough, fever, and difficulty breathing. “I got it, it’s obviously an extremely aggressive virus and you can catch it from anywhere, but I got it and it did affect me quite badly for seven days,” he also said, suggesting the effects of the illness “probably” had an affect on his performance.

“I’ve put in loads of great training since then, so it’s no excuse, but did it have an effect on me at the time? Probably,” he went on. “With a lot of these things you don’t know how much it really affects you.” He confirmed he plans to be playing another tournament in the United Kingdom.

Following the match, his opponent Mikhail Kukushkin — who is 14 years Jack’s senior — paid him a compliment. “I believe he’s a good player, young,” the St. Petersburg Open winner said to The Guardian. “It was a tough match, really tough conditions today. So hot and humid and really slow. I’ve never played in such slow conditions. The balls after one or two games started getting so big. You needed so much energy to just hit over the net. Every single game was deuce, such long rallies,” he added.