James Gandolfini’s son has opened up about playing Tony in The Sopranos prequel, The Many Saints of Newark.

The movie stars Michael Gandolfini as a younger version of the character made famous by his father in the pioneering TV series. James Gandolfini passed away from a heart attack in 2013, and speaking recently, Michael revealed he will portray a “creative, hopeful, kind, curious” and younger version of Tony.

He also opened up about initially refusing to audition for the part before being convinced to by his manager, and watching the entire six-season series for the first time in preparation for the role. 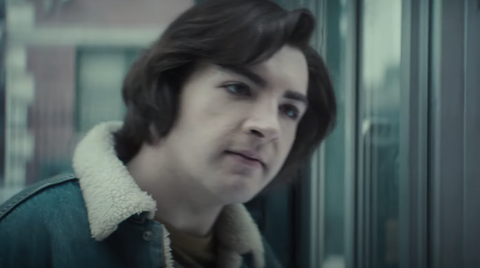 Related: The Sopranos prequel Many Saints of Newark gets delayed again

On being cast, he said: “I had this unspoken trust that David [Chase] wasn’t going to cast me if there was even a shred that this isn’t going to work.” He added of the movie: “It’s an origin story through the eyes of Dickie Moltisanti, Christopher’s father.

“The Tony Soprano we know has this beautiful vulnerability underneath and this rough exterior, but what if we flip that on its side and you watch a creative, hopeful, kind, curious kid get whittled down and formed into what he has to be?”

After many delays, The Many Saints of Newark will drop in cinemas and on HBO Max in the US this September. The prequel also stars Ray Liotta, Jon Bernthal, Vera Farmiga, Corey Stoll, Alessandro Nivola, Leslie Odom Jr and Billy Magnussen.

The Many Saints of Newark is now set for release on September 24, 2021.