This Morning hosts Holly Willoughby, 39, and Phillip Schofield, 58, were left in hysterics as some of the soup flew out of the blender during James Martin’s live cooking segment. The 48-year-old chef laughed off the mishap and jokingly hit out at the show’s director for giving him just seven minutes to demonstrate the recipe.

The cooking segment began with James discussing and demonstrating his homemade soup recipe to viewers.

Overlooking his demonstration, the presenters tasted the dish which had been pre-made for them.

Phillip then jokingly said he could see “a brown skid mark” on the top of his soup.

Hitting back at the host, James remarked: “Do you know I got up at 5 o’clock in the morning to come here?” 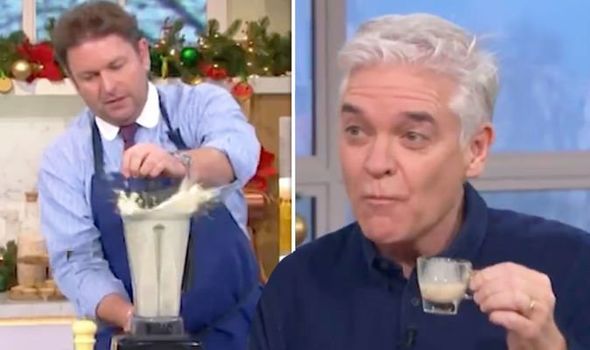 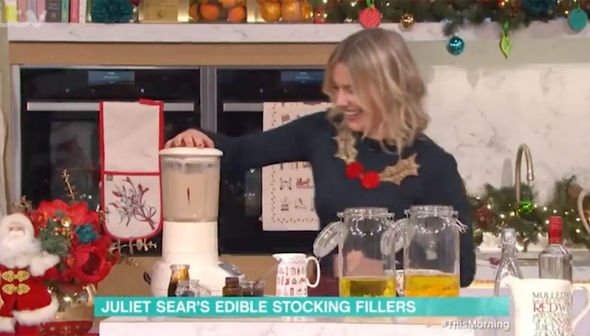 The chef continued to talk through his recipe, but he didn’t realise the lid was not properly secured on the blender.

After soup flew out of the kitchen device, Holly joked: “You’re having a really good day aren’t you.”

Realising time was ticking, the chef opted to swap the blender for pre-made soup he made before the show.

He said: “I’ve got a director in my ear telling me I’ve got seven minutes then I’ve got six minutes, now I’ve got one minute apparently.” 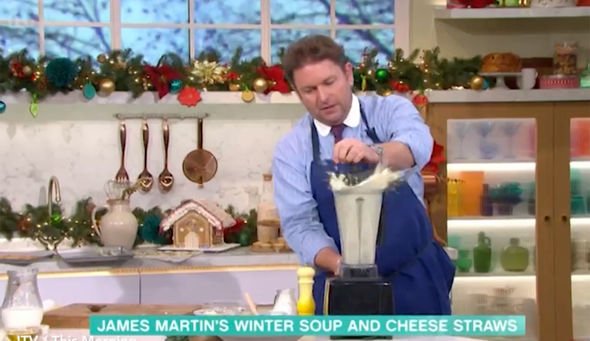 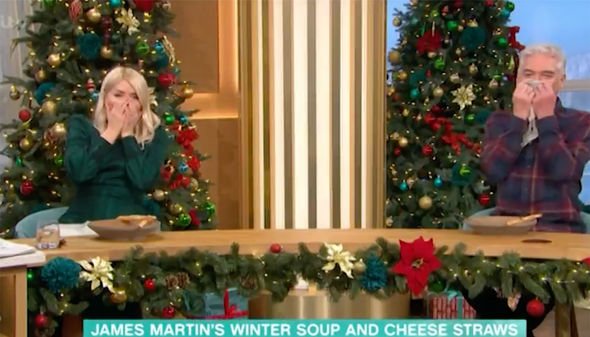 I do know how to work the blender

“Yeah but look how you’re using those minutes,” Phillip joked.

While using a blender for her homemade edible stocking fillers, she joked: “I do know how to work the blender.”

Phillip attempted not to laugh with a mouthful, but went on to jokingly name and shame James.

After the show, the chef took to Instagram to show fans the mess he had made with his cauliflower soup on the show.

The chef shared a picture of his suede shoes with spurges of the liquid on them.

He wrote: “Note to self…cauliflower soup gets everywhere, even the Christmas trees behind Holly and Phil oooooppppps @thismorning,”(sic)

One user wrote: “Oh dear. But it was hilarious.”

“Was so funny. Gave me a giggle. Well done for cleaning up James. Most would’ve left it,” a second commented.

Saturday Morning with James Martin continues today at 9.25am on ITV.