James Martin told to shut up by Saturday Morning guest as wind up backfires ‘Let me cook!’

Saturday Morning host James Martin, 48, was joined by fellow chef Galton Blackiston, 58, at his home for his show last weekend and the pair kept viewers entertained with their flippant exchanges during a cooking segment.

James sat aside in his kitchen as Galton took over cooking duties and put together a fish dish which included aligot potatoes.

As he tried to explain his recipe to viewers, James interrupted him on several occasions and also joked about his hair colour.

As Galton was about to add in his aligot potatoes to the dish, the host asked him to move a bottle of wine out of the shot, so that producers could get a clearer view.

The chef followed his instructions and went on to continue with explaining his dish. 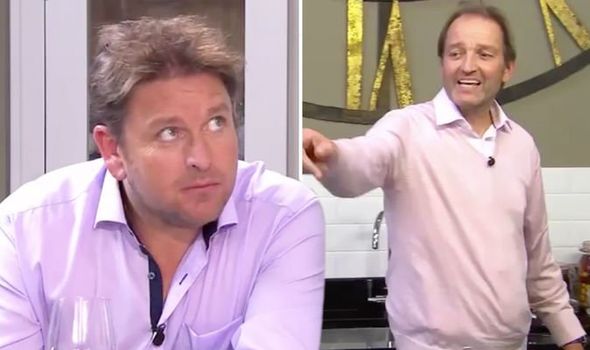 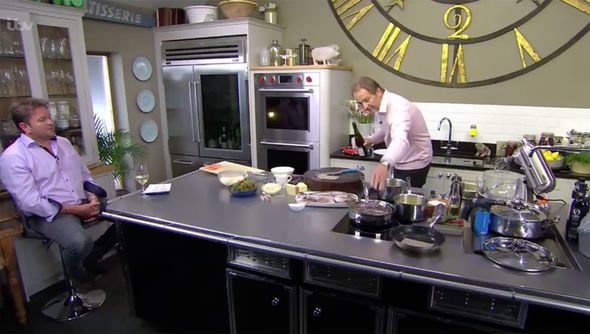 James interrupted further by joking he was “good for” him when it came to getting a good shot of his dish, as he sat socially distanced from his guest.

Seemingly getting annoyed with the interruptions, Galton replied: “I know you are very good, will you shut up and let me just cook.”

Not expecting such a reaction, James burst into laughter as his fellow chef went on to explain his way of creating mash potato.

In a further wind up, the host queried Galton about his hair colour. 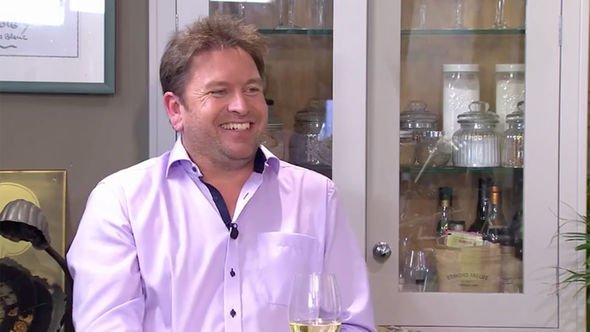 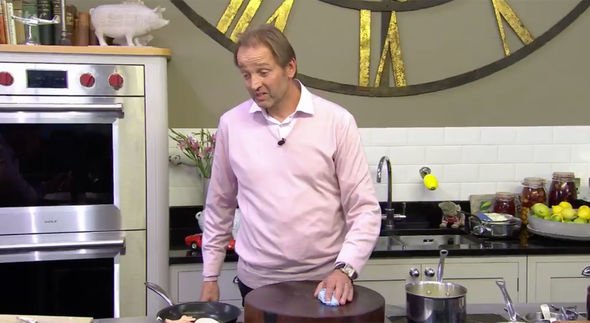 He said: “I’ve just noticed with that light reflecting on your head, your hair seems to have grown. Have you been painting it with that Just For Grow or whatever it is?”

Later on in the show, James asked the question again, seemingly unconvinced by his response.

“You’ve been using that Just For Men haven’t you,” he continued to ask.

Galton denied it again and urged James to continue with eating the dish, seemingly in a bid to get off the subject.

The former Saturday Kitchen host went on to ask Galton about his lockdown period at home.

The latter said he didn’t enjoy it but revealed he got up to things he wouldn’t normally do.

James then jokingly asked if cooking had been a thing he had been doing more than usual.

“No as in gardening, I’ve done quite a bit of cooking,” he replied.

Giggling, James replied: “I didn’t ask that, I didn’t want to know about that.”

Reiterating, Galton said gardening and streaming had been on his list at home.

After seeing James’ reaction, he then jokingly shouted: “Edit that out!”

Saturday Morning airs weekly from 9.25am on ITV.