Their romance has gone from strength to strength since they first started dating in early 2017.

And Jeremy Clarkson, 59, and girlfriend Lisa Hogan, 46, looked happier than ever as they held hands after a 10cc concert at London’s Royal Albert Hall on Thursday.

The Grand Tour presenter was sporting a bolder look than usual, wearing a purple shiny jacket, which had a contrasting yellow patterned lining. 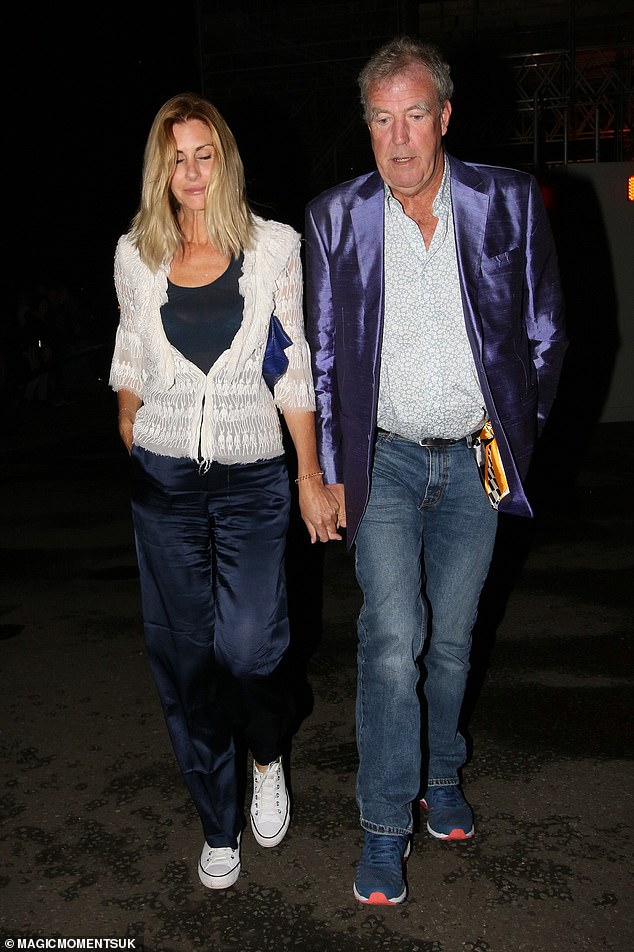 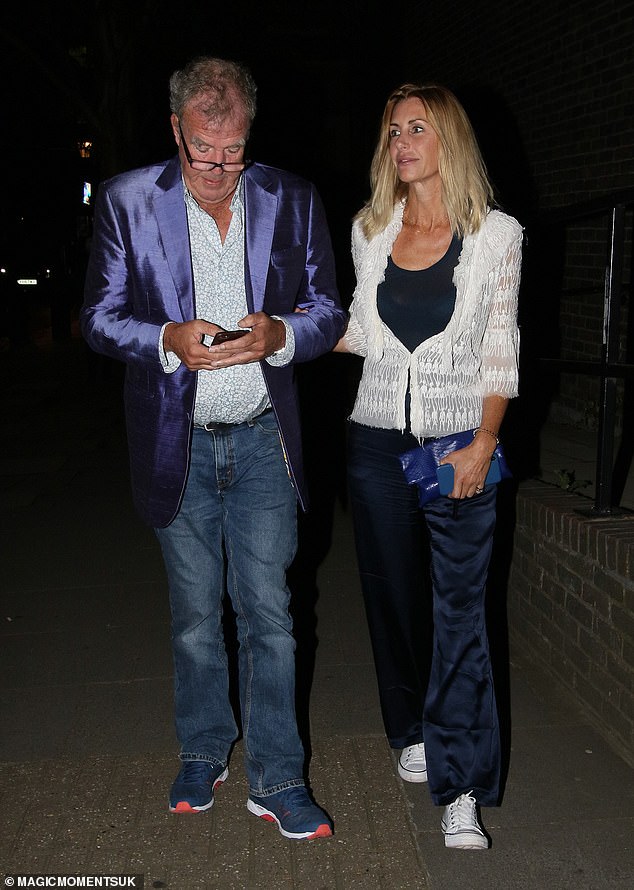 Shiny, happy people: The Grand Tour presenter, 59, and his actress partner, 46, looked close they strolled out of the venue

Former Top Gear host Jeremy had clearly dressed to impress for his romantic date in his bold new blazer, which he wore over a patterned shirt.

He paired this with straight-leg jeans and navy and orange trainers.

Lisa drew the eye to her enviable legs in navy satin trousers, completing the ensemble with white trainers.

Her caramel tresses were worn in a tousled style while a radiant palette of make-up enhanced her pretty features. 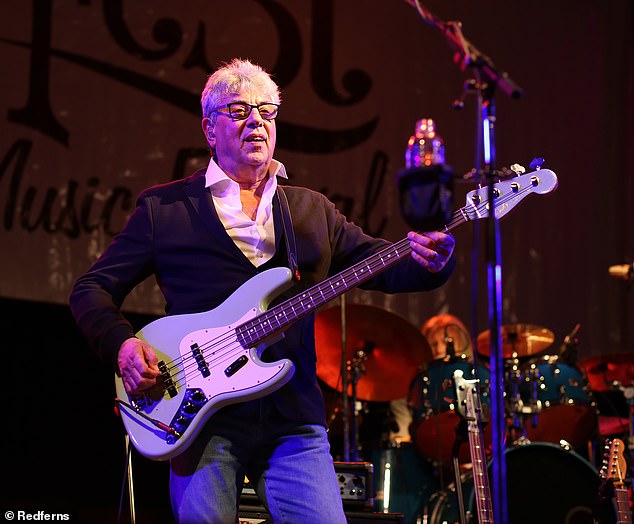 Many strings to his bow: Jeremy Clarkson is clearly a fan of Graham Gouldman of 10cc fame, (pictured in concert back in August) 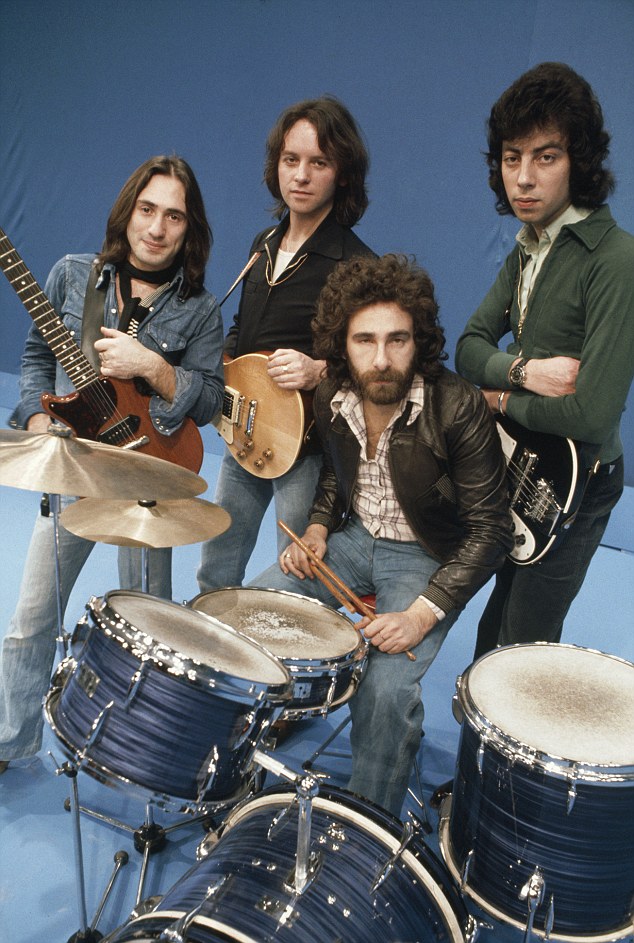 The pair also showed off identical glowing tans, having recently returned from a holiday in south-east Asia.

Jeremy and Lisa have been dating since March 2017, three years after he split from wife Frances Cain – with whom he shares three children.

The former Top Gear host, who divorced second wife Frances in 2014, made his first red carpet appearance with Lisa in September. 2017

Meanwhile, it was recently confirmed that The Grand Tour will give up on the traditional format employed by the hugely popular Amazon show and long-running BBC flagship Top Gear after more than 17 years. 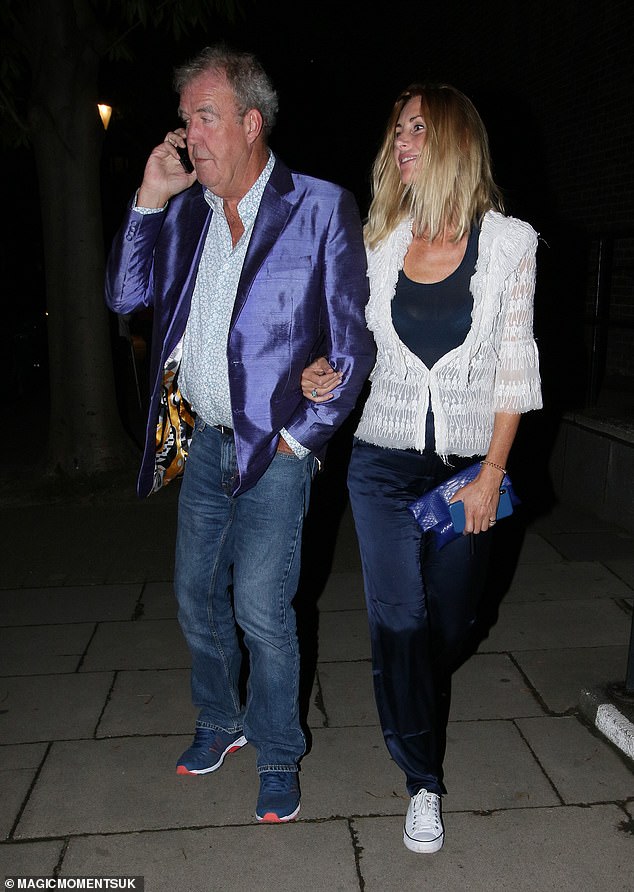 However, fans needn’t be alarmed since Clarkson – joined by co-hosts Richard Hammond and James May – has inked a new deal for a fourth series of the show in a brand new format.

Clarkson, Hammond and May will now focus on a series of extravagant, big-budget specials over the next two years that will take them away from their usual studio environment.

All three have signed a new two-year deal with Amazon Prime that is expected to yield as many as four stand alone show a year, with the presenters travelling to far flung parts of the world in scenes not dissimilar to their globe-trotting adventures on Top Gear. 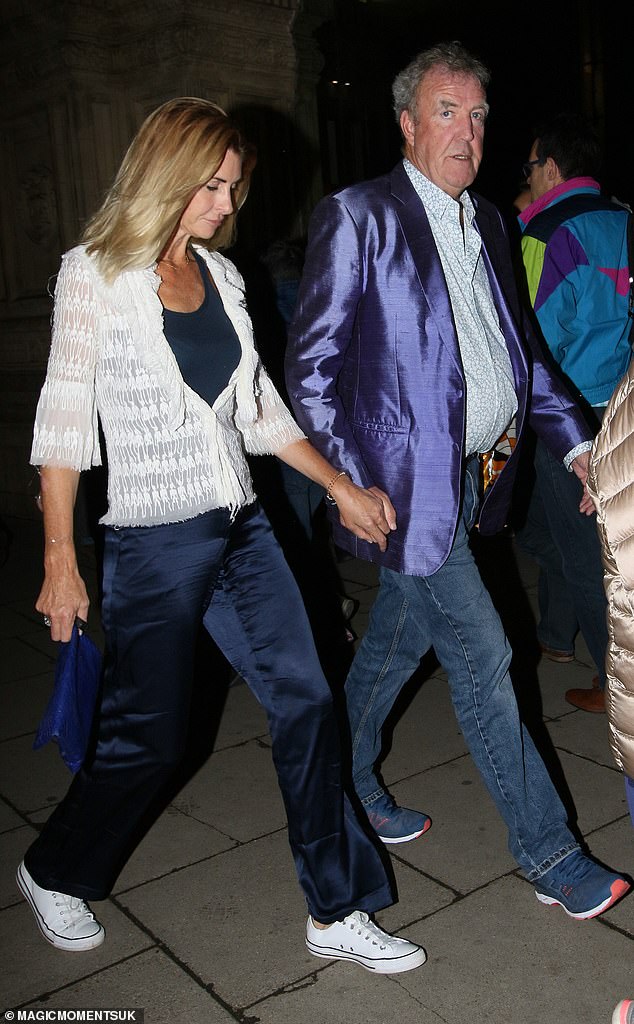 Purple reign: Jeremy and Lisa have been dating since March 2017, three years after he split from wife Frances Cain